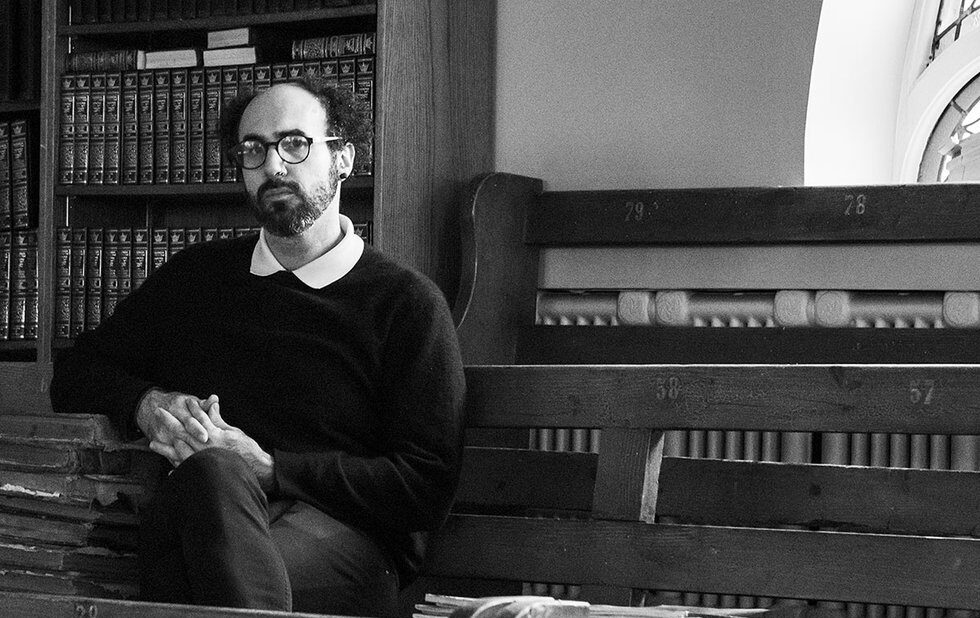 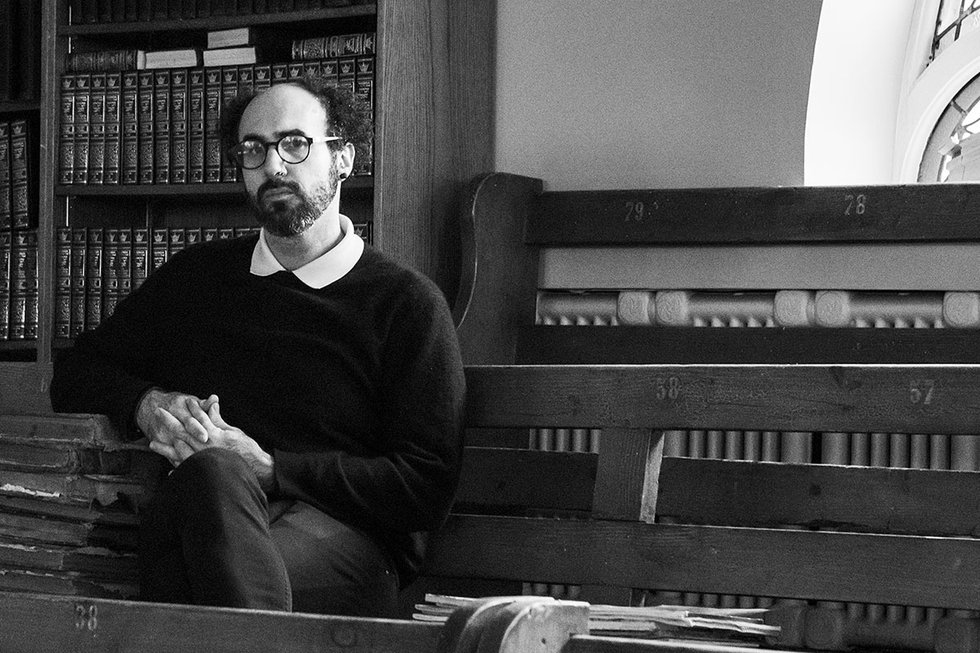 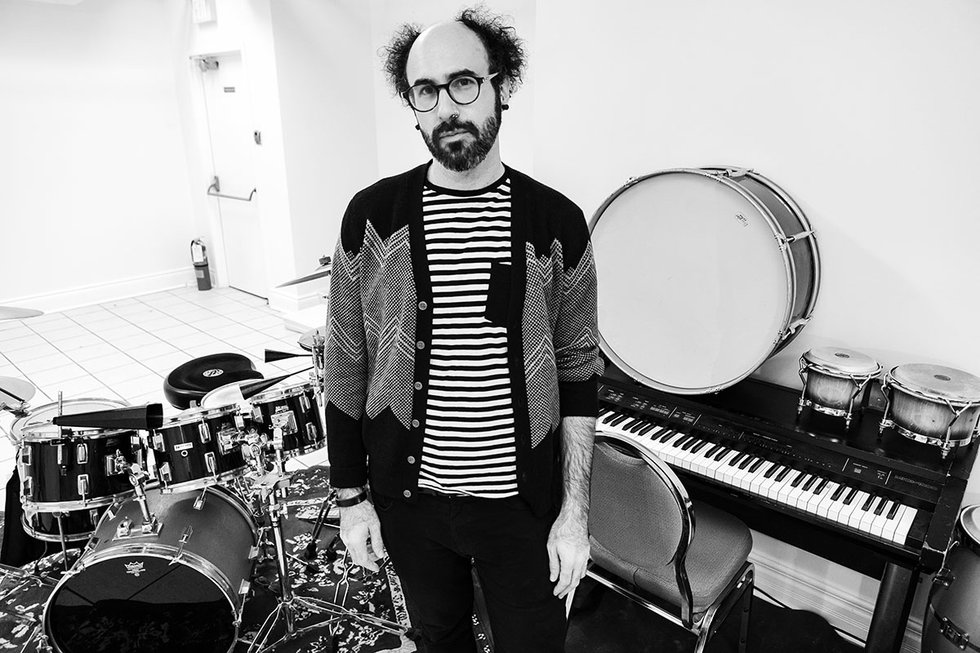 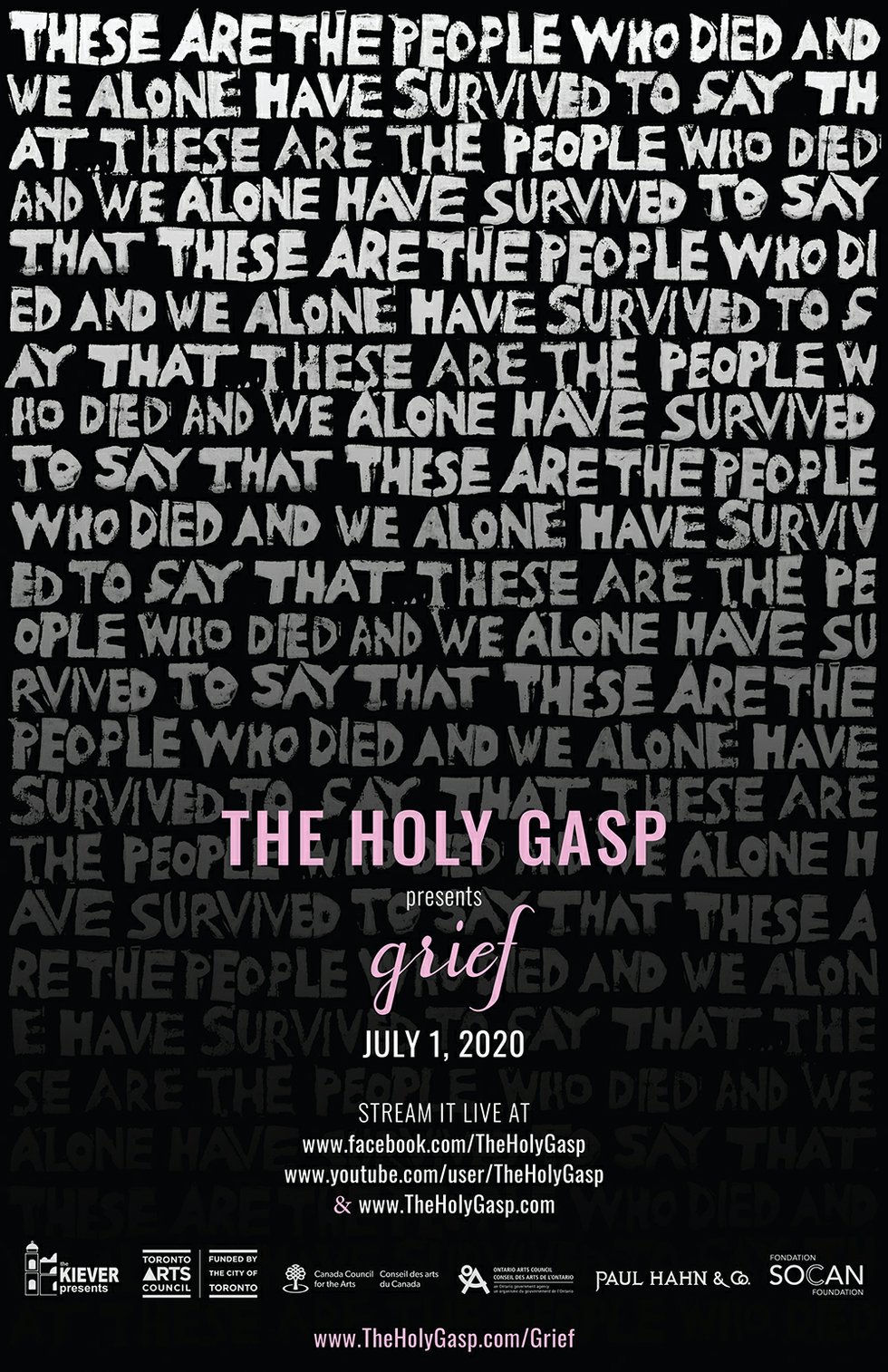 If death is one of the few experiences that we will all share, why is it so taboo to discuss it?

This question is what drives musician and composer Benjamin Hackman to normalize discussion surrounding the experience of death and dying through his art – specifically in his latest project with The Holy Gasp, Grief.

“It’s inevitable that everyone is going to die, so it’s probably a good idea to start talking about it,” says Hackman. “I am not encouraging people to ‘move on’ or ‘get through’ their experiences of grief I am asking people to confront their grief head on, and see what can be learned from the experience of grieving, and how it can contribute to personal growth.”

On Wednesday (July 1) from 9:03 p.m. to 5:41 a.m. Eastern time, Hackman and The Holy Gasp will gather in the basement of the Historic Kiever Synagogue in Toronto’s Kensington Market for a livestream performance of Grief. Vocals will be performed in both English and American Sign Language, and the livestream will be accessible to people who are deaf and hard of hearing.

When Hackman conceived of Grief, he never imagined that the performance would take place as our society is navigating a global pandemic and experiencing the global rise of the Black Lives Matter movement on an unprecedented scale. “Right now, we are being forced to talk about complex concurrent deaths and what it’s like to grieve several people at once,” says Hackman. “The entire world is being confronted by issues of unjust death and grieving.”

In the wake of the deaths of George Floyd, Rayshard Brooks and Regis Korchinski-Paquet, millions are mourning the losses of people whom they don’t even personally know. “I think this is a testament to the powerful connection between all living beings, spanning races and countries,” says Hackman. “It’s very positive that we feel so connected to our fellow brothers and sisters that we are able to feel grief for  those whom we have not met. If we could only reconcile ourselves to the fact that death is the destiny of everyone, perhaps unity would be possible.”

To help people honour and mourn their loved ones, Hackman created the Database Of The Dead. Through this web page, people can enter the name of anyone who has died. These names will be inscribed onto a scroll that Hackman will read from while the music is performed from sunset to sunrise. The Holy Gasp’s ensemble for Grief is made up of two pianists, two percussionists and 10 vocalists (one of whom is deaf). The ensemble will perform the same eight bars of music while Hackman respectfully announces the names of the dead.

Hackman’s profound understanding of the powerful emotions associated with the grieving process came from a series of tragic losses in his own life.

“My father died of a heart attack and then shortly after that, my therapist died of pancreatic cancer, my marriage ended, my best friend hanged himself, my brother-in-law overdosed and then another friend of mine died in a car accident. This was over the course of a few short years. It was one after another and there were not many people who could relate to the experience of losing so many people in such a short period of time. I felt that there was a lack in our ability to speak about death and to provide adequate support to people experiencing grief. So in the absence of being able to find individuals who I felt could support me, I set out to support myself through art while also setting out to create a work of art that might provide support to other people experiencing something similar to what I was going through.”

The Grief livestream invites people to feel their emotions, including sorrow, through a “fabricated mourning ritual” created by Hackman. During the ritual, he hopes that people are able to discover how they can use their grief to enhance their lives from this point forward. He notes that it is essential to be at peace with the idea that certain people are alive, certain people are dead and that death is the destiny of everyone. Hackman is optimistic that Grief will facilitate discussion about death and give viewers an opportunity to have a secular mourning experience.

“Experiencing death and grief makes you cherish life and your loved ones a little bit more but only if you’re smart,” says Hackman. “Some people don’t learn this lesson and I think that in some ways that is more tragic than the deaths themselves.”

The July 1st livestream performance of Grief can be found on The Holy Gasp’s Facebook page, YouTube channel, or at www.theholygasp.com/.

To donate to the project, click here. If there are any names you would like hear recited at the performance of Grief, you can submit them to the Database of the Dead.