The Matador is becoming a condo 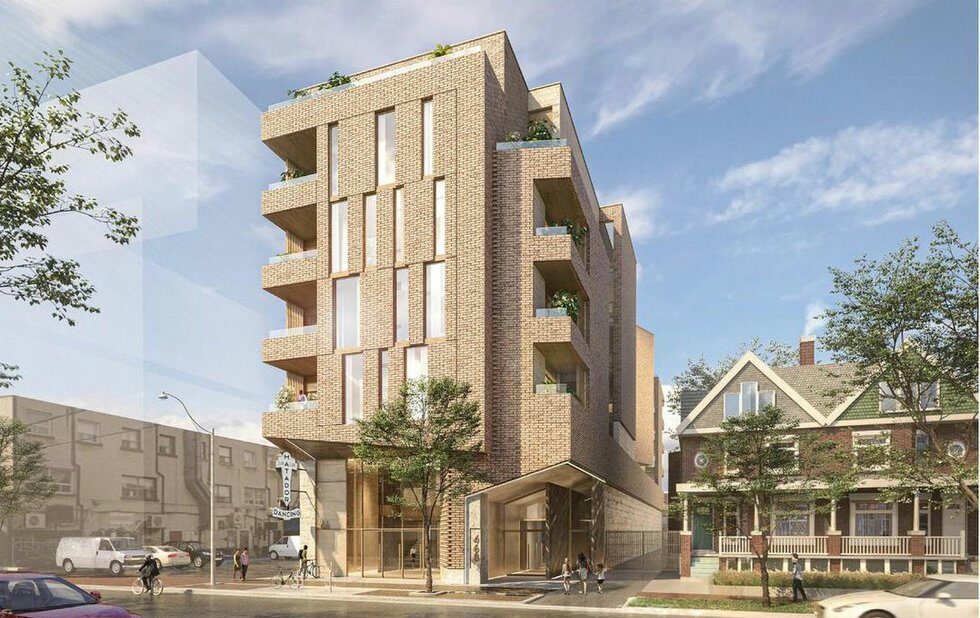 A rendering of the new building on the old Matador site

A rendering of the new building on the old Matador site

A saga that spanned the entire last decade is finally over: the Matador is becoming a condo.

Owner Paul McCaughey bought the site of the storied 103-year-old music venue, ballroom and speakeasy in 2010 with plans to restore it to its former glory. Instead, a prolonged battle with the Alcohol and Gaming Commission of Ontario, neighbourhood opponents and zoning bylaws stretched out while McCaughey and his investor brother Gerry McCaughey lost money. Finally, last year, citing “investor fatigue,” they decided to sell.

Now, the Toronto Star reports, new owner 466 DCR Urban Properties Inc. will build a six-storey residence and commercial space on the site at 466 Dovercourt. But, typical of many of Toronto’s new residential or commercial projects on sites with cultural significance, like the upcoming Bread Company Condos on the former site of Silverstein’s Bakery or the Tip Top Tailors building, they plan to preserve some vestige of the site’s heritage.

Ali Saneinejad, a development manager and partner with the firm, told the Star that the group will keep the exterior marquee with its iconic sign and the wood-panelled wall covered with signatures by artists like Joni MItchell, Janis Joplin, Robbie Robertson and Leonard Cohen (who wrote his 1993 song Closing Time about the venue).

“We wanted to have a commemorative strategy to honour the history of the Matador,” he said.

The developers say they’ll also be seeking out music-related businesses for the commercial space, which is planned to take up 12,196 square feet of commercial space in addition to the 30 residential units. Reportedly, the developer bought the Matador site for $4.4 million.

It’s not the first music venue to be bought and demolished by a developer. The former Guvernment complex is now home to Daniels Waterfront – City of the Arts. The Silver Dollar, which has also been torn down for a residential project, will eventually be recreated in its new building due to its heritage status (though a new version may also soon pop up in Parkdale).

Read more: Toronto music predictions for 2020: the fight to preserve music venues will get more political