East End You know what, west. 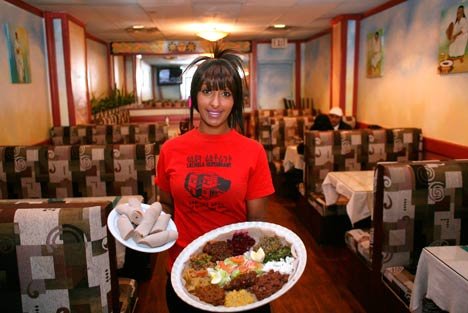 You know what, west end? You can keep the hordes of drunk neanderthals fighting and pissing in the streets, and we’ll take a pass on joining all the douchebags lined up behind the red velvet ropes. Keep on chasing the latest fads, and go ahead and cater to the nightlife tourists. We’ve got something real going on.

Does the West have any gay clubs that can rival institutions like the Barn (418 Church) or Fly (8 Gloucester)? And straight partiers have the Guvernment (132 Queens Quay East), which after more than a decade still kicks the ass of every fly-by-night club in the entertainment district.

While you guys are pretending to be working-class while watching fake country bands, we’ve got real local roots musicians plucking banjos at joints like the Dominion on Queen (500 Queen East) and Seanachai (1106 Danforth), not to mention the annual Winterfolk festival.

You want blues? We’ve got the Black Swan (154 Danforth), still going strong after three decades. Jazz more your bag? Reservoir Lounge (52 Wellington East) has been swinging for well over a decade, and the Beaches International Jazz Festival for twice as long.

Serious music fans know that you don’t need to leave the East to get what you need. 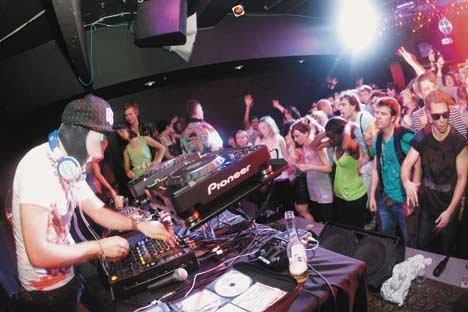 Everybody knows Toronto’s music scene lives in the West. From the coffee house days of Yorkville’s distant past to the hot Queen West scene of the 80s to the current hipster invasion of Parkdale and Dundas West, everything cool in music happens west of Yonge, and probably always will.

Hell, you can’t even throw a rock out here without hitting a live music venue. If you don’t like who’s playing in one bar, just walk next door. You’ve got your Toronto rock institutions like the Horseshoe (370 Queen West) and Lee’s Palace (529 Bloor West), not to mention all the hip new spots like the Garrison (1197 Dundas West) and Wrongbar (1279 Queen West).

Even if you’re heading to a stadium show, you can bet it’ll be on this side of the city.

Ask anyone where to catch some jazz and nine times out of 10 they’ll send you to the Rex (194 Queen West), and we all know Grossman’s (379 Spadina) has long been the home of the blues. Alt-country fans know that the Dakota (249 Ossington) is the place to be for urban twang, and Hugh’s Room (2261 Dundas West) gets all the top roots acts when they swing through town.

Do we even need to mention the dance music scene? There’s more clubs within the small boundaries of the entertainment district than there are in the entire east end, and that’s not even counting all the party spots on College and West Queen West.

Why bother to cross Yonge?