The Rex Hotel is reopening with two jazz shows a night 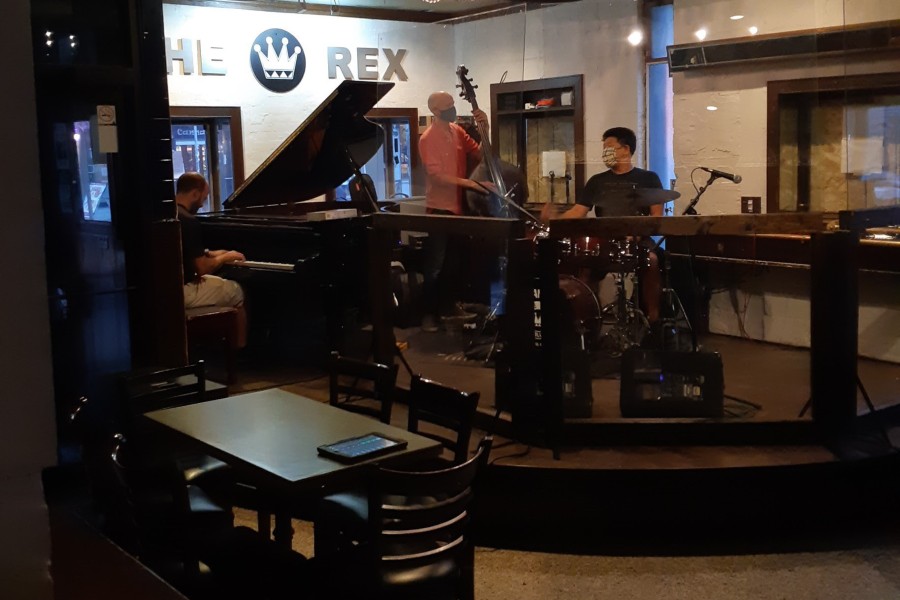 One of Toronto’s top jazz bars is reopening.

The Rex used to open early for breakfast and stay open as a place to hang out before the musicians started, but the management hesitated to reopen during the provincial phased plan until live music was allowed. The bar went from hosting 80 shows a month to zero, and that’s how it’s been for the last six months during the COVID-19 pandemic. But now music is back.

“The focus has to be about the music,” says owner and general manager Avi Ross. “That’s what it’s always been.”

Many of the city’s music venues have found stage 3 regulations too difficult to reopen with, but jazz seems to be particularly well-suited. Ross says the Rex is taking those regulations very seriously, and he’s meticulously measured six feet from each chair to the next.

There are polycarbonate barriers for singers and players of woodwinds, which are more likely to send out contagious respiratory droplets, but Ross says the focus at the beginning will be on musicians that don’t have that kind of instrumentation. Whereas the Rex hosted occasional big jams and big band orchestras with 15 or 20 musicians, the venue will mostly stick to trios or quartets.

“If you’ve been to the Rex before, you know when it’s busy, it’s really busy,” says Ross. “That’s not true anymore. Now a full house is going to mean like 30 or 35 per cent full. Financially, it’ll be what it’ll be, but we want to make sure it’s safe.

“Successful? I don’t know yet. Safe, yes. But we gotta give it a shot.”

In addition to safety precautions (contact tracing, arrows showing where to move through the space, intense cleaning and sanitation), the billing will also change. Like some other restaurants in Toronto, the Rex is cutting out tipping and adding an automatic gratuity to bills. The venue is trying to promote more efficient service, he says, and limiting interaction between customers and servers, while also tip pooling between the employees.

And there are no more no-cover shows, where musicians used to pass the hat for tips. Instead, there will be cover charges for each show – likely $10 or $15 – enough to ensure they can compensate the musicians.

“We really felt like we were part of this integral jazz community – musicians, audiences, schools – York and Humber and some high schools – and we can’t wait to reconnect,” Ross says. “The musicians are dying to be back onstage, and we’re excited to have them.”

The Rex relaunches its concert calendar tomorrow with the Terri Parker trio at 5:30 pm and EGBO trio at 9 pm.