Parts & Labour is closed, but The Shop will live on

The basement party venue is reopening this weekend, with many of the same parties that already called it home – plus a bunch of new DJs and new ideas 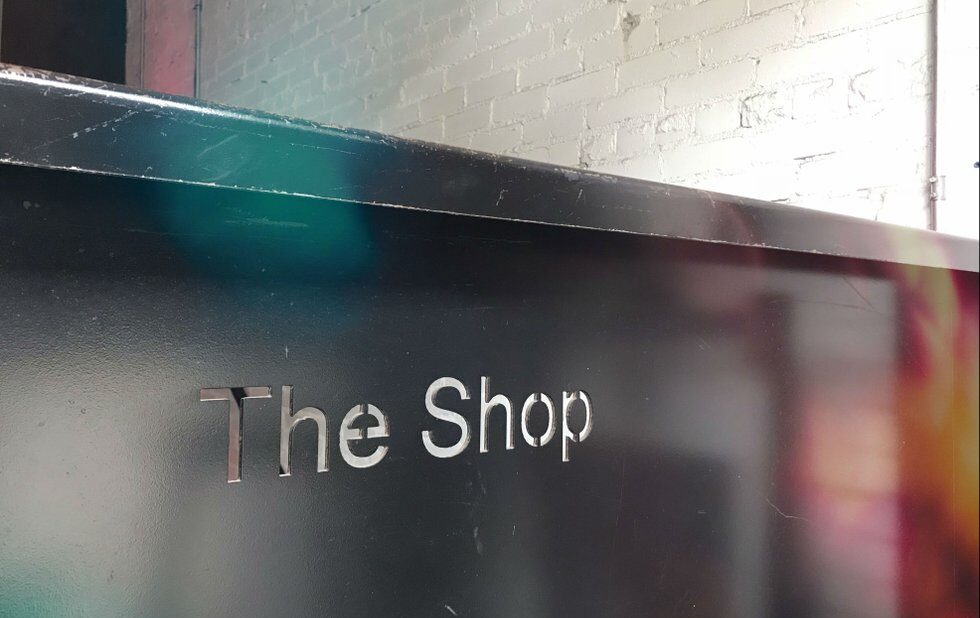 After a decade in Parkdale, the restaurant Parts & Labour closed its doors at the end of 2018. But the Shop, the basement music and party venue underneath, is coming back to life.

Soft opening tonight (March 14), the Shop (1566 Queen West) will revive the spirit of the old venue, including many of its long-time DJs and regular parties, while also opening it up to new ideas, new music and new communities.

The Social Group (which owned Parts & Labour and still owns the building) has brought in a new management team: Quinn and Ethan Danielis and Aldo Pescatore-Tardioli  – all formerly of La Carnita, Home of the Brave and Sweet Jesus – as well as Oliver Dimapilis and Justin Bella – both of Cold Tea.

Together, they’re aiming to replicate the old spirit of the Shop, which bridged the gap between nightclubs and DIY basement party spaces, while also taking risks on sub-genres and sounds that other clubs might not. They’ve put on a fresh coat of paint, replaced the coat check with a satellite bar for when the main bar gets crowded and they’ve made the bathrooms gender-neutral – but other than that, not much will change.

“We want to keep the spirit of the Shop alive while injecting some new life into it,” says Quinn Danielis over the phone from outside the venue (where he can get reception). “It’s still a turn-up venue, still a loud basement. We just want to open it up to all the creative people in the city who have an idea but need a space.”

Danielis, who learned to DJ at the Shop, says there’s been a creative renaissance in the city in the decade since Parts & Labour first opened. With many of the biggest artists in the world now hailing from Toronto, there’s been a similar burst of energy on a grassroots level. He name-checks groups like Intersessions, ISO Radio, Yohomo and Pollen, which he calls “little microcosms of creativity.” As venues have dwindled, there haven’t been a lot of spaces for them to flourish, so they’ve created their own.

“The missing piece is a larger-scale venue that’s open to taking risks, that cares about inclusivity and diversity,” he says. And at 500 capacity, it’s the right size to make that happen. He says he wants the community to take ownership as “a DIY venue where you don’t have to do it all yourself.” The Shop can provide the infrastructure, security, staffing and bar.

They’ve posted the programming through the end of the month, which includes Innit, a new UK garage night from Jayemkayem and Freeza Chin (of ISO Radio and Bare Selection), a Latin trap and world electronic music party called Duro and the returning Brass Tacks party.

He says they’ve already booked through the end of April. That includes the return of the popular hip-hop party Boosie Fade, which is the first Friday of every month and will celebrate its fifth anniversary party on May 3. Other planned shows include a Yohomo Hot Docs after-party called Hot Cocks.

Danielis says the Shop has partnerships with Red Bull as well as record labels Universal and Warner, and wants to open the space up to off-night showcases of live musicians as well as after-parties for shows at bigger venues. He says they want to venture into more adventurous strands of electronic and house.

One of the very first parties at the Shop, this Saturday (March 16), is called After The Tone, and Danielis says it will be one of the flagship events. Run by a new collective called Pollen, it’s a house music dance party at which phones are banned. DJs are encouraged to experiment and play what they want (no requests), and their sets will be recorded and posted to SoundCloud the next day. Lineups will be revealed the night before each show. The bathrooms will have analogue Snapchat filter designs and will be outfitted with pens and notebooks for people to exchange phone numbers. They suggest everyone “bring a look.”

“It’s about body movement, about feeling the moment instead of capturing it,” says Alicia Bee, who runs Pollen with Nikki Bagheri and Sophie Jones.

Bee (who’s also involved in It’s OK*) says Pollen is about amplifying female voices in electronic music and cross-pollinating different scenes – especially the “west-side cool kids” and queer scenes – but that it’s usually hard to do in traditional venues, which can be insular and unwelcoming to people outside their micro-scenes. But she says the Shop shares their core values. (Pollen’s other upcoming events include an “anti-panel discussion” to support young womxn and help men be better allies, and an alternative West Side Pride party on June 20.)

“We’re kind of coming in hot,” she says. “But why do the least when you can do the most?”

The Shop (1566 Queen West) will have shows on Thursdays, Fridays and Saturdays. More info on the venue’s new website.