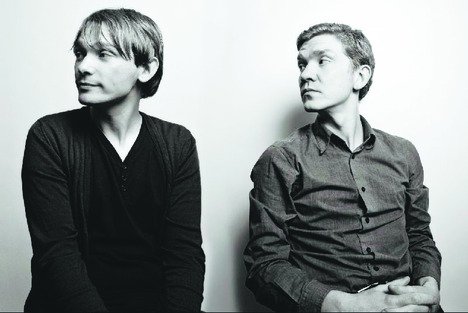 The soft, echo-drenched sound of the Clientele plays yin to the Field Music’s angular, robust yang in this mighty double bill of Pitchfork-approved English indie rock. Pick up both bands’ new albums on your way out.

Back in the 90s, before noise rock packed hipsters into clubs, Toronto’s Grasshopper were laying down walls of sludgy fuzz and damaging eardrums. Now the local heroes are back and ready to get loud again.

In addition to traditional folk instruments, Quebec City’s L’Orchestre D’Hommes-Orchestres will use megaphones, boots, boxing gloves, cradles and more in this two-night tribute to the music of Tom Waits. Part of the Free Fall Festival.

The second instalment of the Digital Future party features some of the biggest names in dance music along with a ton of hotly tipped up-and-comers.

The Big Pink, A Place to Bury Strangers, Katie Stelmanis

UK electro-rock duo the Big Pink hit town in support of last fall’s A Brief History Of Love. Can’t go wrong when the weirdo vox/synth stylings of Katie Stelmanis and New York noise rockers A Place to Bury Strangers are also on the bill.