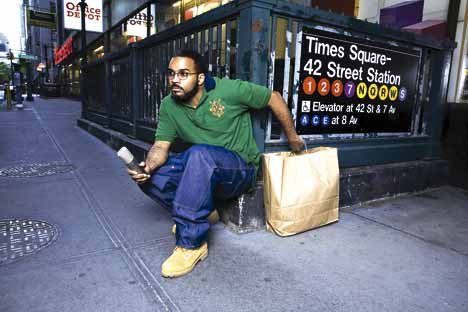 “I was trying to describe the music to convince someone to come to the show the other day. He said, That sounds terrible. I would never come,'” laughs Gill over Parkdale pints. “Steve McKay [of Bruce Peninsula] dubbed it post-smooth, which I think works very well, but only if you know the history of smooth, and especially white smooth versus black smooth.

“I feel like I’m being sincere when I talk about Michael McDonald’s influence. He’s really fucking heavy, but if you put that in an interview people assume it’s ironic.”

Gill might be sincere about his appreciation of smooth jazz (backed up with a guitar performance degree from U of T), but his resume is considerably more indie-friendly. He’s long been involved in the Toronto avant-garde improv scene and currently backs up Katie Stelmanis, Allie Hughes and Bruce Peninsula, among others.

“I definitely have a penchant for shoegazer, and the shows still have elements of that. When you record a lot at home by yourself, you end up becoming a maximalist, which I carried over to recording this album.

“The stage show is a lot more restrained, but we’ve kept that electronic patina of sound over the whole thing. We actually only play one song from the record. I write too many songs too quickly.”

Thom Gill discusses the difference between the album and his current live band.

Gill discusses the impact of formal training on his career.