Thousands of BTS fans are streaming music from this Toronto DJ

After Paul Chin tweeted in support of the BTS Army, the fans of the K-pop group started supporting his music in droves 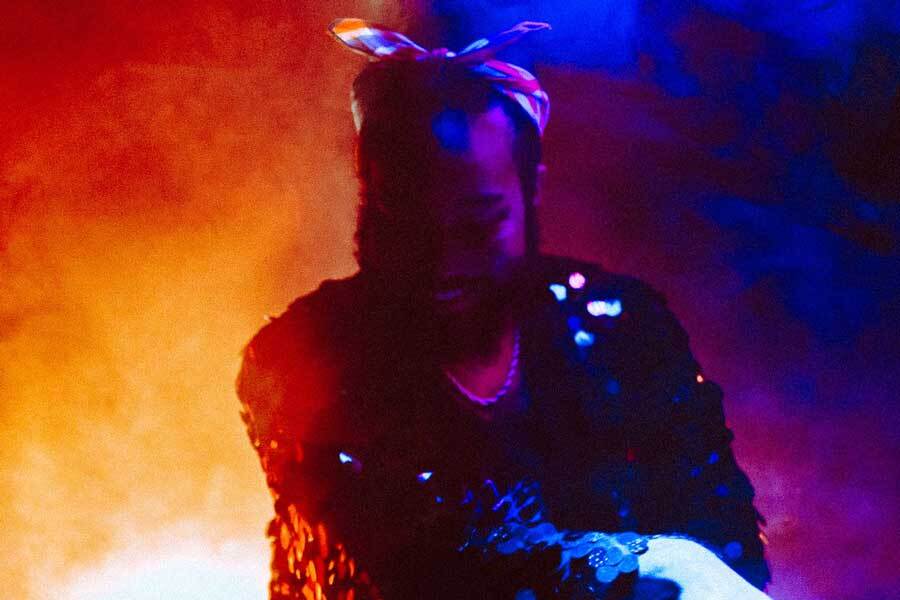 Stan culture is often derided for its dark underbelly, but it can also have a positive side. Paul Chin discovered that firsthand last week when he accidentally got adopted by the BTS Army.

At the beginning of June, the Toronto DJ and producer saw an article on the music site Stereogum claiming that fans of the Korean pop group were rendering the Billboard charts useless by coordinating to drive up sales of their latest single, Butter. Chin thought writer Tom Breihan’s thesis was ridiculous, that fans buying or streaming in droves is exactly what the charts are meant to measure. So, he tweeted it.

“Then I woke up the next morning to thousands of notifications on Twitter,” he tells me, sitting underneath the colourful stilts of OCAD University. “I was like, ‘What in the world?’ I sat there looking at the tweet and could see the number climbing. And it just didn’t stop.”

BTS fan groups, who call themselves the BTS Army, appreciated Chin’s support and were showing it with thousands of responses and retweets and quote-tweets. So, Chin did what you’re supposed to when a tweet goes viral – he promoted his music.

“I know how hard K-Pop massive rides for their idols so, on the chance this does them numbers, I’ll shoot my shot and pray the internet brings me a fraction of the ‘inorganic’ success Butter is seeing,” he replied to his original tweet. “Have a great night BTS Army.”

He dropped a link to his 2020 EP Full Spectrum, which he re-released in deluxe form this past April. The BTS fans actually listened, and they liked what they heard. So the BTS Army did what they know exactly how to do – they drove up the numbers.

When they quote-tweeted Chin they also included links to his music. They asked which platform they should stream or buy his record to get the most money in his pocket – a question more music fans are asking during the pandemic. Some just sent him money directly on Paypal. Maybe most effectively, they added Chin’s songs to their BTS playlists – the same ones they were streaming on repeat.

“If you look on Spotify at the play numbers, it’s just a straight vertical spike,” he says.

Even if he got there in a strange way, it’s long-overdue validation for Chin. He first released Full Spectrum in March 2020, pretty much the exact time the world was going into pandemic lockdown. His live shows were cancelled and his promotion was interrupted.

The record was critically acclaimed, but often described as “underrated” or “overlooked” – a backhanded compliment for artists who don’t burn up the charts.

With live music on hold for the last year and a half, artists have searched for new ways to get noticed, often turning to social media. They’ve developed followings on TikTok, played virtual concerts and released exclusives on Bandcamp. Chin has stretched out the life of Full Spectrum with remixes and an upcoming vinyl release that he crowdfunded. He also started DJing from his Toronto townhouse live to Twitch.

Chin, who talks proudly of his Chinese-Jamaican heritage, says he also got some love during Black Lives Matter and Stop Asian Hate movements when people were throwing support behind Black and Asian creators.

But nothing has had the same results as one offhanded tweet about K-pop.

“I made my money back [on my record] and made a little bit of money on top of it, which is more than I can say for anything else I’ve ever released as an artist,” he says. “It took all of this time and it came from the most unexpected place.”

Still, he doesn’t see it as a total fluke.

For the most part, Chin doesn’t think of himself as in the same world as BTS. Though all his “related artists” on streaming services are now K-pop artists and over half of his Twitter followers are stan accounts, BTS are literally one of the biggest musical acts in the world – while he’s a working artist from Toronto. His album is a chill mix of hip-hop, R&B and electronic production with guest spots from artists like Shad and pHoenix Pagliacci. He’s used to working on a DIY level, making things happen for himself.

But as he’s gotten flooded in BTS music and backstory – “as I’ve gotten my crash course in stanthropology,” he says – he’s seen some similarities.

Before BTS, it was almost unheard of for a pop act from South Korea to score multiple U.S. number one hits. They were never handed the keys to success, instead working hard to get to where they are and rising through the K-pop ranks. Crossing over into a global pop success meant overcoming a lot of music industry barriers – radio and playlist gatekeeping, exploitation, “world” music pigeonholing and anti-Asian racism.

“Working hard in an industry that obstructs us for arbitrary reasons, that’s something that we all [as artists] have to collectively work through,” he theorizes.

For BTS, getting to the pinnacle has had a lot to do with their dedicated and mobilized fandom – their army. And those stans know their collective influence. They haven’t only used it to help their favourite group top the charts. They’ve raised funds for anti-violence and orphanages in South Korea, they’ve overwhelmed attempts at social media surveillance by police on Black Lives Matter protests, spammed racist hashtags with K-pop material and messed with Trump rallies. They have major power.

And now they’re getting behind this working DJ from Toronto.

“I have no idea what’s going to happen next,” he says. “Hey, I’m just out here trying to be nice, trying to support artists, support supporters of artists, work hard and make the best possible music I can. I would have been happy enough to make the record, get my vinyl pressed and walk away with a little bit of money in my pocket.

“Now I’m beloved on Twitter by the fanbase of the number one group in the world.”