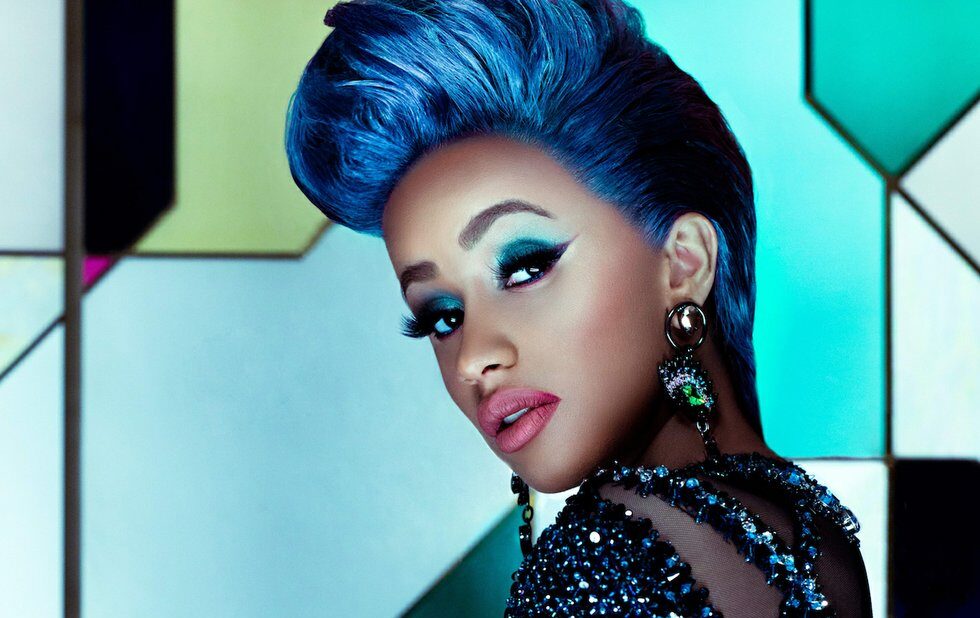 Kurt Vile & The Violators, Jennifer Castle: August 1 at Queen Elizabeth Theatre: Philadelphia singer/songwriter Kurt Vile has a knack for picking local openers that match his pretty daze. This time it’s Jennifer Castle, a local fave that makes this a double bill well worth catching even if you’ve caught one of Vile’s frequent recent visits. See listing.

Caribbean Carnival parties: August 1-5: The city is about to become a paradise of soca, reggae, dancehall, Afrobeat and summer highlight DJ parties. We’ve rounded up the best parties and concerts to check out here.

Veld Music Festival: August 3-4 at Downsview Park: Veld tends to be better known for EDM than anything else, but this year it has a headliner big enough to outshine any of the big-tent electronic acts: Cardi B. The Midas touch rapper joins some of the biggest names in EDM: Kygo, Tiësto and the titan of loud and wobbly dubstep, Skrillex. Also playing: Lil Baby, Saweetie, Murda Beatz, Loud Luxury, Jaden Smith and more. It might get loud. See website.

OVO Fest: August 4-5 at Budweiser Stage: After taking a year off, Drake’s OVO Fest is back with a nostalgic lineup. The first night is the Toronto stop of the Millennium tour, which is headlined by the reunited boy band B2K, plus Mario, Pretty Ricky, Lloyd, Ying Yang Twins, Chingy and Bobby V. The night after that late-90s/early-00s dude-fest is the flagship Drake concert, with a ton of surprise guests. He always tries to outdo himself, but here’s some wishful thinking: can he get an appearance from departed Raptor Kawhi Leonard? He did announce the return of OVO Fest at the championship parade, after all. See listing.

Herbie Hancock and Kamasi Washington: August 6 at Roy Thomson Hall: There are some co-headlining shows you don’t know you need until you get them, and that’s definitely the case here. Hancock was a pioneer in breaking the boundaries of jazz and embracing modern elements of hip-hop and turntablism, while Washington is 21st-century hip-hop’s favourite saxophonist – not to mention a cosmic jazz titan in his own right. A dream double bill. See listing.

Common: August 7 at Queen Elizabeth Theatre: The rapper, actor and now memoirist (one Tony away from an EGOT) is coming to Toronto in support of his new book, Let Love Have The Last Word, and its eventual accompanying album. It’s a vulnerable and serious turn for the already stately artist. Expect the same from this show. See listing. 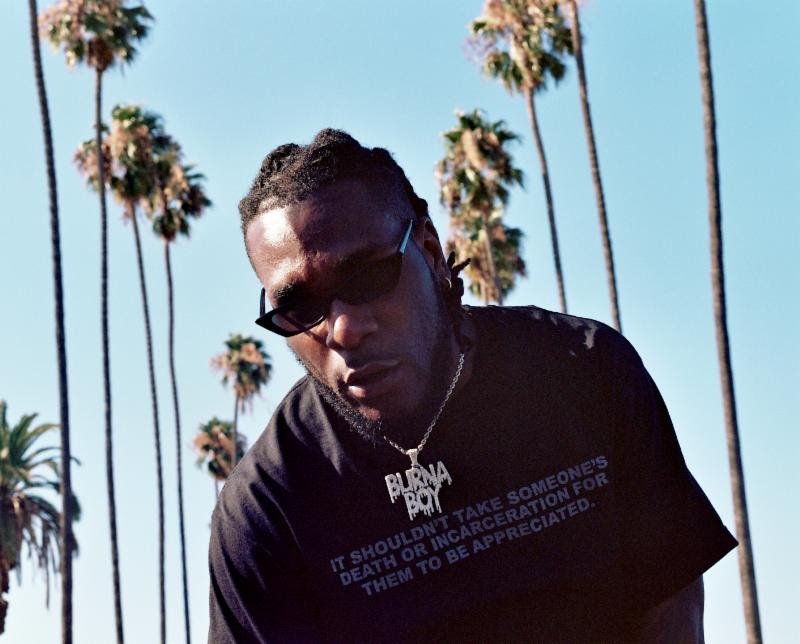 Afrofusion artist Burna Boy has a ton of buzz around him right now. See for yourself at Rebel this month.

Burna Boy: August 9 at Rebel: The hype is sky-high for this Afrofusion artist who’s collaborated with artists like Future, Jorja Smith and Damian Marley, and played festivals like Coachella, all in the last year or so. Catch him celebrating his brand new album African Giant at Rebel and expect a very engaged crowd. See listing.

LIZA: August 13 at Roy Thomson Hall: The neo-soul-influenced Toronto singer is playing an outdoor early evening show as part of the concert hall’s Live On The Patio series. After listening to her latest slow jam Morning Glory, we suddenly can’t think of a better soundtrack to a summer evening in the city. See listing.

Wolf Parade and the New Pornographers celebrate Danforth Music Hall’s 100th birthday: August 15 and 16: One of the city’s longest-running music venues is celebrating a century of history with a pair of long-running Canadian indie rock bands: Wolf Parade on August 16 and the New Pornographers on August 17. Strangely, neither band is local (they’re from Montreal and Vancouver, respectively), but both reflect the current identity of the city’s pre-eminent mid-level venue. And they both put on a solid live show. See listings.

Ari Lennox headlines Manifesto: August 17 at Nathan Phillips Square: There hasn’t been much announced yet for this year’s urban arts festival, which runs from August 15 to 18 and is the first under the leadership of new executive director Kiana “Rookz” Eastmond. What we do know is that the centrepiece free concert at Nathan Phillips Square will be headlined by rising R&B star Ari Lennox. More acts will be presumably announced soon. This the organization also kicked off its first-ever skills development program, and will also include its annual Summit with panel discussions and special guests. See listing.

Honey Jam: August 22 at Mod Club: The showcase and mentorship program for female musicians has been going since 1995. The organization is launching its 24th season of programming with a concert featuring hosted by the CBC’s Amanda Parris. Given there are 20 acts on the bill and past alumni include recent Polaris Prize nominee Haviah Mighty and pop star Nelly Furtado, it’s an excellent way to find out about new music spanning an array of genres. See Facebook.

J-E-T-S: August 23 at Velvet Underground: Club music favourites Jimmy Edgar and Machinedrum have been flexing serious pop and R&B chops for the past seven years at J-E-T-S. Their debut album Zoospa, which came out earlier this year, is a concise introduction to their future-forward, post-everything style and features guest turns by Toronto’s Rochelle Jordan, Mykki Blanco and Dawn Richard. See listing.

Flying Lotus: August 25 at Danforth Music Hall: The Los Angeles beatmaker is reviving his 3D tour concept for the live shows in support of his Flamagra album. He’s updated the tech this time around and yes, you’ll receive a pair of glasses upon arriving. Beyond being known for his visuals, Steven Ellison likes to keep things eclectic live, putting his own jazz-infused sensibility on classic hip-hop DJ sets that mix all kinds of sounds together in unexpected ways. See listing.

Buffy-Sainte Marie with Logan Staats: August 26 at Exhibition Place Bandshell Park: As usual, the CNE’s lineup is a mishmash of music luminaries and major-label Canadian pop. But the clear highlight is folk musician and activist Buffy Sainte-Marie, who recently turned up on the soundtrack to Quentin Tarantino’s Once Upon A Time… In Hollywood with her cover of Joni Mitchell’s The Circle Game. If she’s still on your concert bucket list, a free show (with CNE admission) seems like an opportune moment. See listing.

Purple Mountains: August 27 at Lee’s Palace: Silver Jews’ sardonic songwriter David Berman is back after nearly a decade of musical retirement, and his debut album under this new moniker earned a perfect NNNNN-review from NOW critic Jesse Locke. To say hardcore fans have been waiting for this one for a long time is an understatement.  See listing.

Our Latin Thing Punk Fest: August 31 at the Garrison: This new festival has arisen to create space for Latinx members of Toronto’s punk scene. The lineup includes bands from Colombia, New York, Montreal and Toronto. Acts include: Muro, Victimas, Olor A Muerte, Ces Cadaveres, Demencia Alkoholica, Estorbo, Maldita, Que Lastima, Tashme and Scorpio Rising. Our advice: show up at any time and you’ll find something you like. See Facebook.