The best Toronto concerts of June 2018

1. Kendrick Lamar's TDE: The Championship TourThe Pulitzer Prize-winning rapper is in the midst of a label tour with his. 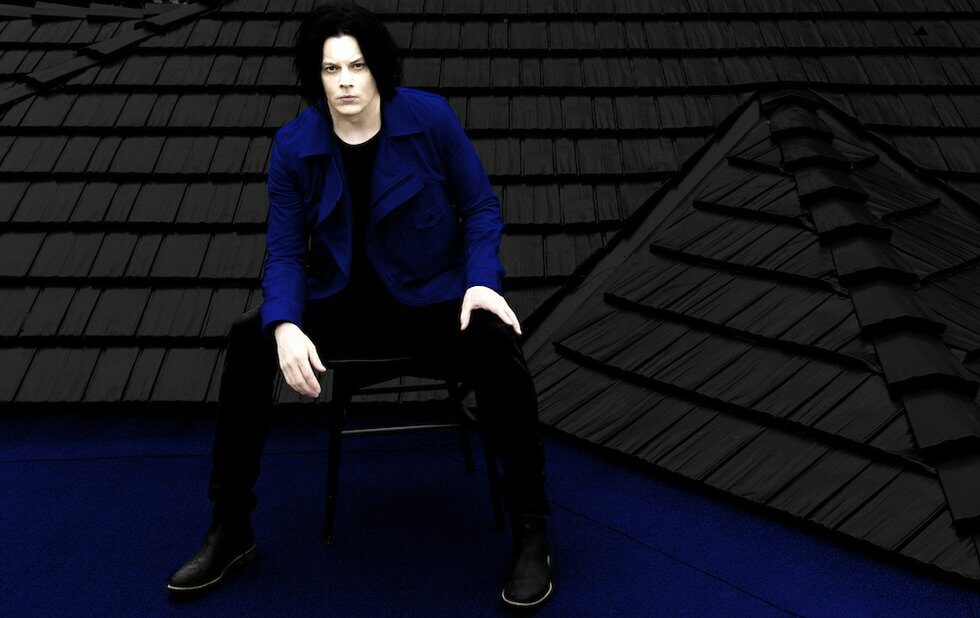 Kendrick Lamar at WayHome 2015.|The Sorority|New Fries at the Silver Dollar in 2017.|Jack White

The Pulitzer Prize-winning rapper is in the midst of a label tour with his Top Dawg artists, but despite great reviews south of the border things arent going smoothly. Go-for-broke R&B singer SZA missed a few dates to rest her swollen vocal chords, and then tweeted that her voice is permanently injured and her priorities are fucked up after briefly rejoining the tour in New York City earlier this week. She hasnt officially dropped off the tour, but we wont hold it against her if she doesnt make it to Toronto. Even without her, though, a Kendrick concert is an automatic summer highlight. And you also get Schoolboy Q, Jay Rock, Ab-Soul, SIR, Lance Skiiiwalker and more.

The unofficial beginning of festival season, Field Trip has become the most reliable multi-day outdoor fest in a market that suddenly feels volatile. Bring the kids (they get their own stage), get in line for a food truck, have a craft beer, and in between catch some nostalgic indie rock from headliners Metric and The Yeah Yeahs. Don’t miss rapper Noname either, or Alvvays, Pierre Kwenders or Damian Marley.

The festival tried to refashion itself as a destination event at the Port Lands, but after sparse crowds and social media mockery (which it cleverly worked into its marketing) it has returned to its tried-and-true identity: shows at venues throughout the city (June 8-17), and free programming at Yonge-Dundas Square. And its going large on the latter closing off Yonge and building a new stage as part of its Festival Village, then filling it with big-names like Azealia Banks, Jazz Cartier, Chvrches, Big Freedia, Lights and U.S. Girls, to name a few. The Club Land festival is packed with hidden gems, which we’ll be highlighting for you in the coming week. Check back.

The Oakland singer/songwriter adds some major pop star power to Pride Torontos music lineup. Kehlani has been emphasizing her queerness in her music lately the acoustic ballad Honey, the summer jam What I Need with Hayley Kiyoko and is a solid live performer, making her an appropriate headliner to cap off the weekend post-Pride Parade. Elsewhere in the lineup, were excited for R&B heavyweight Brandys Yonge-Dundas set two days prior, Elysia Cramptons set on the Catalyst stage, 90s harmony group SWVs Blockorama show, and rapper BbyMuthas set at the Yes Yes YAll block party.

Toronto’s most historic venue is about to close for a two-year renovation, but you didn’t think it would begin its nap without a big ol’ Canadian blowout, did you? Jim Cuddy, Whitehorse, Sarah Harmer, Sam Roberts and Buffy Sainte-Marie are the confirmed performers, and that’s not a lineup to sneeze at. But you’d better believe there will be special guests as well.

Toronto’s neighbourhood festivals tend to bring the flavour of the area they’re set in, but they can still be pretty predictable Taste Of The Danforth, but for [insert neighbourhood]. Dundas West Fest tends to be as much about the music as the food, because that just happens to be the identity of that trendy stretch between Ossington and Lansdowne. Lots of good music this year. Lulaworld’s stage outside Lula Lounge brings hot global acts like OKAN, Paloma Castro, Ammoye and Digging Roots. The Garrison’s stage, meanwhile delivers Absolutely Free, Possum and Hot Garbage and then, on Saturday, Toronto indie lifers Lowest Of The Low.

June 1-2, outside Lula Lounge and The Garrison. Free. Full schedule at dundaswestfest.ca.

Keysha Freshh, Haviah Mighty, pHoenix Pagliacci and Lex Leosis have upped their live game a year after meeting at an International Womens Day cypher. The four MCs have spent the past month crossing Canada on their inaugural tour, so they should be road tested and ready for the hometown crowd. Read our interview with the group here.

We were blown away by his performance at New Constellations at the end of last year, then he became one of our our Ones To Watch and earned a perfect NNNNN review for his breathtaking debut Wolastoqiyik Lintuwakonawa. The only thing left in this trajectory is a successful hometown record release show, and given his breathtaking vocal and instrumental prowess, his infectious stage charisma and intriguing compositions traditional songs of the Wolostoq First Nation, transcribed and updated by Dutcher it seems almost inevitable.

Cult songsmith Stephin Merritt plays a rare Toronto show with his Magnetic Fields band as part of arts fest Luminato. And this one is personal: his 50 Song Memoir show debuted in 2016 and is part concert, part theatrical experience. It takes place over two nights with Merritt performing 25 songs at each show in a stage set decorated like his childhood bedroom.

A packed bill full of legends at this year’s festival. In addition to bigs like Herbie Hancock, Gregory Porter, Betty LaVette and Bela Fleck, the event also features Seal as a headliner and others that stretch the definition of jazz, like Juno-nominated Toronto rapper Clairmont The Second.

Blues/gospel singer Mavis Staples is another one to tick off the bucket list especially since shes playing at Massey Hall shortly before the historic venue closes to undergo two years of renovations. Shes back on the road in support of last years If All I Was Was Black album (her sixteenth), which saw her re-team with long-time songwriting collaborator Jeff Tweedy of Wilco.

The local label has evolved over the last decade, weathering a rapidly changing Toronto DIY scene and a rapidly changing Toronto itself, but it’s maintained both its independent ethos and its high batting average. Just look at the packed bill for the label’s 10th anniversary party: industrial synth-punk from Odonis Odonis, weird psych from Freak Heat Waves, twitchy no wave from New Fries, sophisticated songwriting from Andre Ethier and the label owners/local punks Teenanger. All in one room, in one show.

One of the months most anticipated shows is Josiah Wise, aka serpentwithfeet, who has collaborated with Bjork and toured with Perfume Genius in the past year and is releasing his debut LP soil on June 8. His powerful, quivering vibrato has instantly set him a part and judging from the two singles already available, hes taking his gospel and R&B influences and pushing them in ecstatic directions.

APTN presents this living experience of musical and dance genres, languages and arts from the First Nations, Inuit and Metis Peoples from around the country in three different cities, Toronto, Ottawa and Winnipeg. Our edition takes place at Fort York as part of the Indigenous Arts Festival and features a big and diverse lineup that includes Shawnee, Ria Mae, Kardinal Offishall, Logan Staats, Quantum Tangle and many more.

While outdoor festival season modestly sweeps the city, TONE returns for its second year filling the hole left for more adventurous and interesting avant-garde and experimental music with shows throughout June. The anti-big-font-festival-poster nature of the series makes it feel wrong to pick a highlight, but we’ll recommend TONE’s co-presentation with Wavelength and Boiler Room Records at Jam Factory, which brings Godspeed You! Black Emperor’s Efrim Manuel Menuck alongside Toronto instrumental psych-rockers (and one time NOW cover stars) Fresh Snow, returning from a long hiatus. Also on the bill are Quebec bands Fet.Nat and Scattered Clouds.

Its been a while since the London psych group has passed through Toronto. The band cancelled their 2014 North American tour dates and around the same time it seemed like vocalist Faris Badwan was focusing more on his Cats Eye side project. Thus, this months show in support of last years V album marks their first local date in seven years and is a chance to hear what the Horrors sound like on stage since brightening up their sound with analog synth experiments and dance influences.

The vocal powerhouse who has no problems going there on stage when it comes to sex and politics returns a year after selling out Massey Hall. Shes also hilarious and did we mention a vocal powerhouse? She can sing it all. If you havent seen her live yet, add her to your concert bucket list and then tick her off.

Queercore was the subject of a documentary playing at Hot Docs last year, but conspicuously absent was Limp Wrist, an essential hardcore band that is returning to town in support of their 2017 album Facades. They were regulars at Will Munros Vazaleen parties and havent consistently recorded over the years so this show should be a must-hit for fans of old-school hardcore.

The long-running Toronto indie rock band are hanging up their guitars, but not without a goodbye show featuring a this-is-your-life-style revolving door of former members, of which there are quite a few. The other acts on the bill Taylor Knox, Ocean Potion, FORCES and Airframe have also done some time with the Golden Dogs. Their reach is big. The show goes to benefit Illeagle, the community recording studio the Dogs run with members of Zeus. It’ll be an old-fashioned Toronto love-in.

Jack White looked ready to slide into the crusty classic rock guy phase of his career it usually happens to guitar dudes of a certain age (see: Grohl, Dave). But his newest album Boarding House Reach brings back some of the weirdness that was missing from his post-White Stripes solo career. It’s not so much whimsical weird as “this guitar guy really likes going to auctions” weird, but we’ll take it if it translates into a good stage show. Find him at Budweiser Stage with his large crew of session-turned-live musicians and find out.