Vampire Weekend, NXNE and the Rolling Stones are just some of the shows we can't wait to see 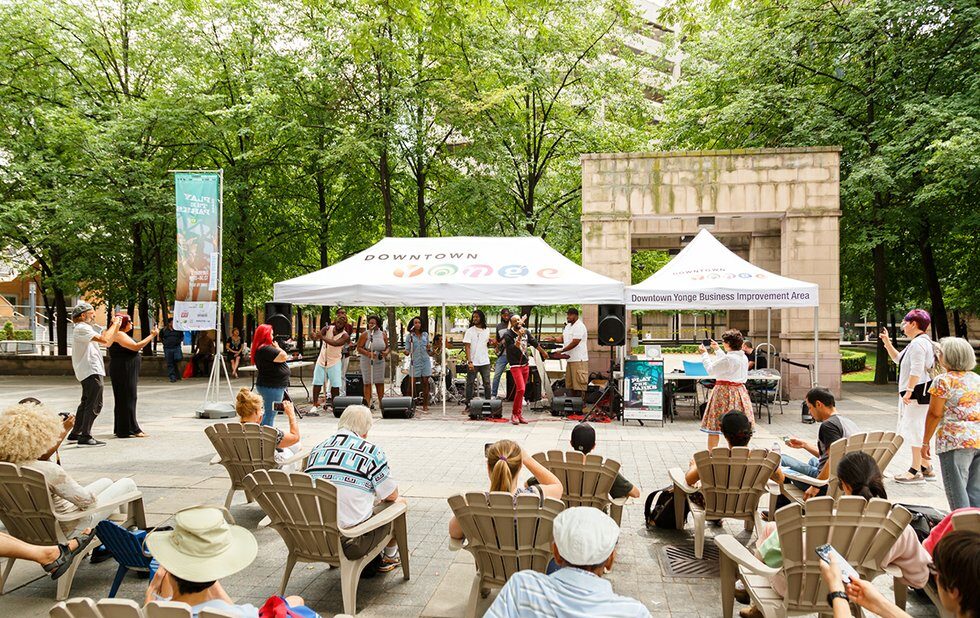 Enjoy free outdoor concerts during Play the Parks from June 10 to October 7.

DANCE IN THE SUN AT PROMISE CHERRY BEACH

You don’t need to go all the way to Ibiza– to dance to electronic music on the beach. I Love Promise presents its 19th season of afternoon DJ jams on Lake Ontario, which includes 14 consecutive Sundays (or Monday long weekends) from 3 to 11 pm. Big names include Kevin Saunderson and Galcher Lustwerk, plus local support by Azari, Babygirl, Edna King and Stacey Sexton.

SINK YOUR TEETH INTO VAMPIRE WEEKEND

It’s been six long years without a new album or show in Toronto from indie rock band Vampire Weekend. In that time, founding member and in-house producer Rostam Batmanglij left to pursue a solo career, while vocalist/guitarist Ezra Koenig moved from New York City to Los Angeles, created the Netflix anime Neo Yokio and had a baby with his partner, Rashida Jones. Vampire Weekend finally return to celebrate their recently released Father Of The Bride. Expect plenty of songs from the new album, but also a smorgasbord from Vampire Weekend’s back catalogue that’s made them a household name in indie rock.

GET SQUARE AT NXNE

There are still some big names yet to be announced for this year’s city-wide festival, but its 25th anniversary seems like it’ll be a big one. After tweaking its format over the last few years, NXNE is doubling down on the Festival Village in Yonge-Dundas Square, expanding to three stages around Yonge, Dundas and Queen. And club-hopping wristbands are back to their 1993 prices – $29. Acts include American Football, CupcakKe, Santigold, Cold War Kids, Greys and more.

FEEL THE GROOVE AT PLAY THE PARKS

Downtown Yonge’s free summer concert series Play the Parks returns for its seventh season. Fifty lunch-hour and after-work performances pop up at parks and courtyards across the city (from Trinity Square to College Park) on various dates through to October. You can chill to the Latin funk sounds from Santerias (June 25), soul from Bywater Blues (June 19) and CaneFire’s Carib-Latin jazz (July 10), to name a few.

If you’re not one of her zillion followers on Instagram – or if you don’t have anyone younger than 20 in your life – you might think this 17-year-old star came out of nowhere. Her debut album, When We Fall Asleep, Where Do We Go?, introduced a wider audience to her gothy, playful and personality-filled take on pop music, and smashed records in the process. Catch her here with pulse-quickening rapper Denzel Curry and likely lots of teenagers.

RELIVE YOUR YOUTH WITH BOY BAND IDOLS OF YORE

Music never hits as hard as when you’re in your youth. Relive it with a handful of (no longer) teen idols returning to Toronto stages this summer. There’s Canadian 80s synth-popper/nocturnal-sunglasses-wearer Corey Hart. New Kids on the Block headline the 90s nostalgia Mixtape Tour at Scotiabank Arena, while their later-boy-band counterparts Backstreet Boys play the same arena a month later. And finally, some of the original bad-boy teen idols: the Rolling Stones, on Canada Day weekend in cottage country. No matter your age, rediscover those hormones.

HAVE A FULL BLOWN MELTDOWN WITH PUP

Hometown boys PUP have had a whirlwind year so far – they’ve released their universally lauded new record, Morbid Stuff, performed on Seth Meyers and toured the world – so this upcoming big-ticket gig at Echo Beach promises to be one hell of a victory lap. Along for the ride are Chicago indie act Twin Peaks, queer stoner-rock goofs Partner and melodic punks Cayetana.

GET TRIPPY WITH TAME IMPALA

Tame Impala make the kind of heady psychedelia perfect for introspective headphone-listening, but they can also transfix a big outdoor summer crowd – they proved that while headlining Coachella this year. When you get the chance to catch the Australian band and their kaleidoscope of colours and sounds out in the sun – whether in the desert or at a beer-named amphitheatre – you should do it.

WAIT FOR THE DROP AT VELD

This festival has found a double niche of big-tent mainstream EDM and big-name rappers, and this year is its ultimate expression. The headliner is Cardi B, one of the biggest names in any genre right now, and she’s joined at the top of the bill by Kygo, Skrillex and Tiësto – three electronic titans. If all goes to plan, the crowd will be going ape shit for approximately 48 hours straight.

There are some co-headlining shows you don’t know you need until you get them, and that’s definitely the case with the Herbie Hancock and Kamasi Washington concert. Hancock was a pioneer in breaking the boundaries of jazz and embracing modern elements of hip-hop and turntablism, while Washington is 21st century hip-hop’s favourite saxophonist – not to mention a cosmic jazz titan in his own right. Both are progressive musicians and big thinkers – a dream double bill. 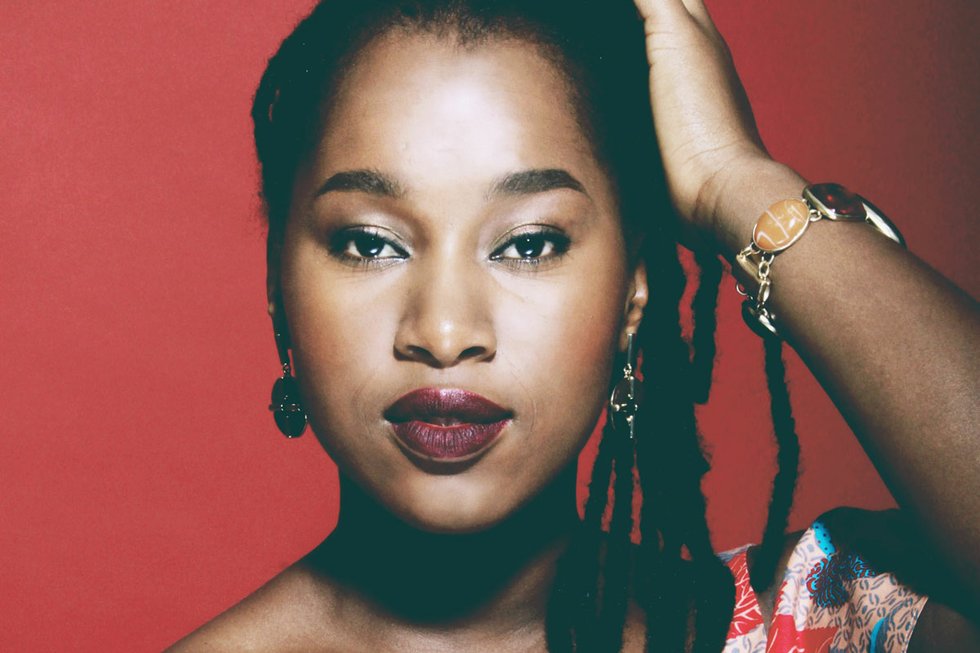 FEEL THE GROOVE AT SUNFEST

Let the Canada Day long-weekend vibes continue with a getaway to London, Ontario, for Sunfest. Now in its 25th year, the music and arts festival celebrates world cultures with headliners 47Soul, Elida Almeida and Bozá arriving from places like Palestine, Cape Verde and Colombia. Enjoy over 40 musical ensembles, plus 225 food, craft and visual art exhibitors spread over Victoria Park. It’s free and all ages.

GET A BIT OF EVERYTHING AT FESTIVAL D’ÉTÉ DE QUÉBEC

If you’re going to go out of province for one festival this summer, it should be to Quebec City for this one. It’s huge, yet strangely under the radar, with big-name acts of just about every genre: Diplo, Mariah Carey, Blink-182, alt-J, Slipknot, Logic, U.S. Girls, Courtney Barnett and many more. The festival offers different vibes over each of the 11 nights, and the pass is cheap and shareable so you can pick and choose what you like without feeling guilty. Spend the rest of your time climbing forts and eating cheese curds.

HAVE A HAPPY HILLSIDE

For a few years, Hillside faced a lot of competition from Toronto festivals, but it endured in its understated way. If you’ve never experienced the Guelph-area camping fest, you should at least once – it’s the perfect combo of laid-back hippie vibes, one-off jams and workshops and performances from top-notch Canadian talent. This year, catch NOW faves Snotty Nose Rez Kids, Haviah Mighty, Chippy Nonstop, Orville Peck, Ellis, Fucked Up and Foxwarren, plus Steve Earle, Bruce Cockburn and many others.