Music venues were already in a precarious position, but the pandemic has made many disappear this year 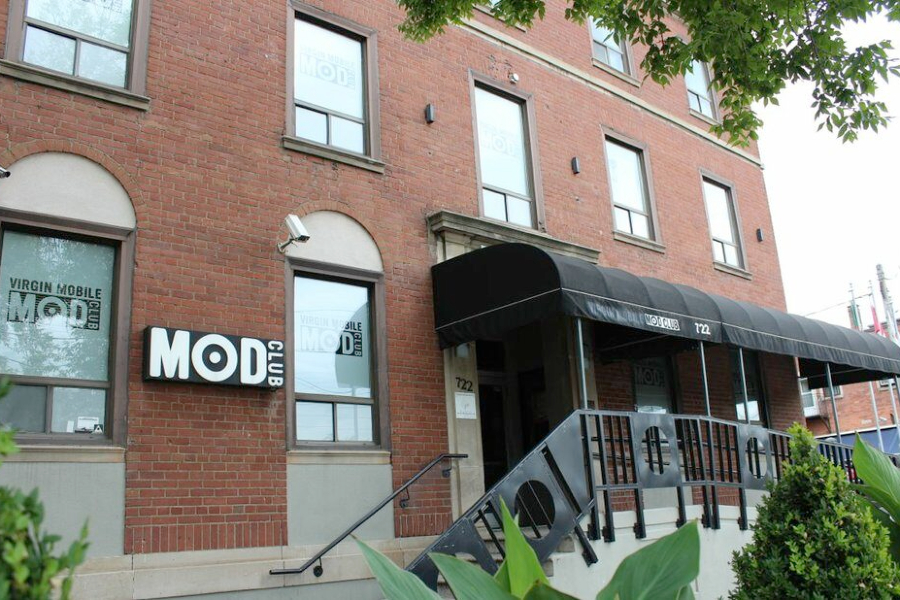 The Mod Club was one of the biggest venues to call it quits this year.

Toronto music venues were in a precarious position before the COVID-19 pandemic hit, but now the situation is dire.

Most venues have been closed for nine months now, but there are some exceptions. A few hosted small, socially distanced shows in the summer when public health protocol briefly allowed for it, and many pivoted to livestreaming. And this was the summer of drive-in concerts and balcony jazz.

Venues have called attention to the struggling live events industry, and a new coalition of venue operators called Love You Live has been lobbying for protections from all three levels of government throughout the pandemic.

The group alerted the public to a number of issues even beyond their inability to open, like an inability to get insurance. The city, meanwhile, has tried to step in with some new measures, such as special tax relief for music venues. But it hasn’t been enough.

According to Shaun Bowring, owner of Dundas West clubs the Garrison and the Baby G, and a member of Love You Live, more than 40 independent music venues have closed across Canada since March.

In Toronto, at least 22 music venues, clubs and music-friendly bars and restaurants shut their doors in 2020.

Toronto music venues that closed in 2020

This popular mid-size concert venues closed this year after 18 years. Since 2002, it was a mainstay for touring musicians and a rite of passage for many locals on their way up, including the Weeknd, Jessie Reyez and Daniel Caesar.

Co-founded by late Toronto queer scene hero Will Munro in 2006, the Queen West bar quickly cemented itself as an alternative nightspot for people looking for something different than what the Church-Wellesley Village had to offer. “There’s no way we could make it work,” the Beaver wrote in its closing note. The staff hope to reopen in some form post-pandemic.

One of the city’s few late-night clubs and possibly the most inclusive, Club 120 (originally called Goodhandy’s) had just secured a five-year lease even though a condo developer will eventually demolish the building. They called it quits this year anyway, and co-owner Todd Klinck shared an extensive goodbye note outlining the harsh financial realities of a Toronto venue – both before and after the pandemic.

This venue already survived one closure after getting displaced from its original Queen West location and moving to College, but it closed again for good early in the pandemic.

After two and a half decades in Little Italy, this College Street venue, co-founded by Rush guitarist Alex Lifeson in 1994, called it quits. It hosted live music every night for 22 out of 25 of their years. The owners are leaving the door open for some sort of return, but not in the old location.

This Rolling Stones-themed bar was a strange favourite in Parkdale for two decades, and hosted some legendary parties like Shake A Tail and Big Primpin. It tried to survive the early days of the pandemic, but eventually threw in the towel.

Just a couple of weeks before the pandemic changed life as we know it, Hugh’s Room was forced to vacate its longtime home in the Junction area after an inability to negotiate a new lease. The owners talked about finding a new home, including the possibility of a short-term solution while they search for a permanent spot. The pandemic put that plan on hold, but they’re still doing the occasional livestream.

This upstairs venue was one of the few bars outside the Church-Wellesley Village to regularly put on LGBTQ+ programming, namely monthly parties Cherry Bomb, Big Primpin and Business Woman’s Special. Evicted back in November, its closure helped put Kensington Market in the spotlight as a precarious neighbourhood during the pandemic.

This bar, hidden at the back of a Kensington mini-mall, was a hotspot for a decade. A popular party spot and a key location for many of the city’s DJs, it closed after a dispute with their landlord last month. Fortunately, a second location on Queen West lives on.

This midtown watering hole shut down reluctantly back in May, unable to weather the growing storm.

A cozy neighbourhood pub with frequent live music, the Old Nick relied on customers who were seeing shows at the nearby Danforth Music Hall. Ultimately, the pandemic was too much.

This Danforth restaurant and jazz bar closed after 15 years just a couple of weeks ago after the second lockdown made it an “impossible battle to win given the situation and size of this big beautiful space.”

The Yonge and Eglinton jazz bar closed after 19 years, hinting at an inability to come to terms with the landlord.

The 25-year-old neon-lit jazz bar on King West’s restaurant row, N’Awlins said “the current situation surrounding the pandemic, including the regulations for restaurants and live music make it impossible to maintain our quality, standards and spirit.” The statement left the door open for some sort of future return.

After 19 years on King West, this bar closed abruptly in May. “Until there is a vaccine, the nightclub model is not a safe place,” their website reads.

This bar and sometimes music venue took over Vietnamese restaurant/venue May Cafe on Dundas West in 2019, but the run was ultimately short-lived.

The Dock on Queen

A cottage-themed cafe with a lot of live music, the Dock never reopened after its indefinite closure in March.

The vegan and punk-minded Bloor West bar tweeted their eviction notice in November. A home to DJ nights, community events, drag shows and concert pre-gaming, the bar has a GoFundMe to help cover some costs.

The 30-year-old Entertainment District nightclub had a mixed reputation, but nonetheless held a special place in Toronto. Fly your leopard print at half mast. A condo is likely to rise in its place.

The Jester on Yonge

This Yonge and St. Clair craft beer bar lasted since 1989, but not through the pandemic.

The Matador, a legendary century-old live music venue and after-hours club, closed long ago. Paul McCaughey had been trying to resurrect it since 2010. Now it’s official: it’s becoming a condo.

A 74-year-old Bathurst venue, the Paddock tweeted about a possible imminent closure in the summer, but was saved by an outpouring of support from the community – and some political support, too.

The rootsy Ossington live music favourite has called for community support to buy beer and snacks. The Dakota helped alert the public to a problem many of the city’s venues are facing: an inability to get insurance. They’ve also been running livestreams, including ones from Jenn Grant and CATL.

There was a huge online uproar when a condo development application made the rounds on social media, potentially displacing Sneaky Dee’s at College and Bathurst. The long-running Tex Mex bar and music venue eventually posted an update that said they won’t be displaced for a while, and even if they are then it probably won’t be the end. PUP showed support by hosting their livestream EP release there. Pro-tip: the nachos are available for takeout and delivery.

Church Street’s go-to drag bar posted a call for help on GoFundMe in November, and the city’s queer community, including Canada’s Drag Race winner Priyanka, has been rallying behind it.

The heavy-music live venue has been fundraising to cover rent while shuttered indefinitely.

The rock bar on Bathurst is also fundraising on GoFundMe, warning that if it can’t pay back rent to the landlord it could be evicted on Christmas Eve.

Another intimate venue, Array Space, is also asking for help to keep its doors open. The Walnut Avenue space is a combination rehearsal space/recording studio/live music venue, and its been struggling since the start of the pandemic.

Toronto music that returned in 2020

The eternally under renovation Spadina music venue finally seemed ready to reopen on April 1 when the pandemic shut down the city. While fans will have to wait longer to scope the Instagrammable interiors, the decision to include a recording and livestreaming studio proved prescient. The El Mo was in a good position to host livestreams during lockdown, including a gig by legendary singer/songwriter Gordon Lightfoot.

It feels like way longer ago, but Bloor West bar and venue Clinton’s closed abruptly in February. Choir! Choir! Choir!, which hosted weekly drop-ins at the bar, held a benefit at Lee’s Palace and the staff was hopeful it could return. Eventually, it did during COVID, but under new management with none of the old staff.

Toronto’s oldest bar reopened under new management, with a new focus on live music. The timing was bad – right as the pandemic shut everything down. Still, the Wheatsheaf managed to host some socially distanced concerts during the brief window when live music was allowed.

The long-running home of this iconic blues bar turned rock venue is now, sadly, the site of a condo sales office. The venue is required to return when the Waverley condo is eventually built, but in the meantime, strangely, another version of it has appeared in Parkdale along with its former downstairs after-hours club neighbour the Comfort Zone.