Cover songs, psychedelic country, warehouse raves and the final blowout for a 2010s party institution – here's where to spend the last night of the year 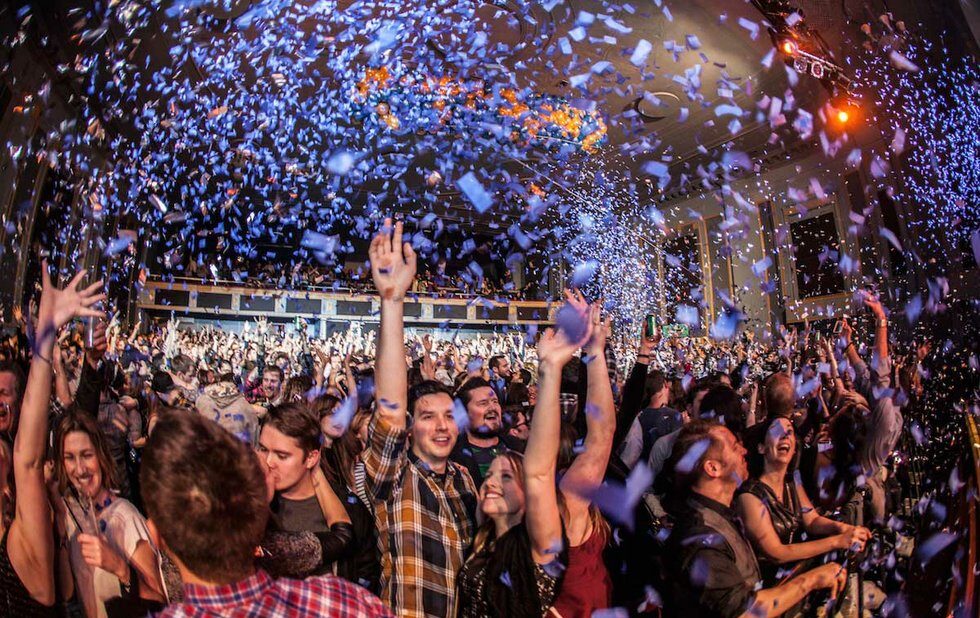 City Hall’s backyard has a New Year’s bash every year and – despite the stresses inside – 2018 is no exception. This year features the energy-laden jams of DJ NDN, rapper/author Cadence Weapon (whose solid self-titled album started off the year) and R&B singer LIZA. DJ Money Jane and DJ MelBoogie are on deck for a skating party. Don’t slip!

The outrageously capable cover band dubbed their most recent shows Dwayne 2000, covering the top songs of the 2000s. You’ll be sure to hear tracks from that at their Danforth show – perhaps some Strokes, some Arcade Fire, maybe even a Destiny’s Child or two – and probably from other decades, too: there was plenty of 70s and 80s in the NYE playlist they made for us last year.

Another local classic, the Sadies’ annual Horseshoe stomp is a guaranteed good time whether you’re a fan of their newest release, Northern Passages, or their slightly less trippy, more traditional country-roots earlier work. One of the best live bands playing one of Toronto’s best venues has always been a solid bet. This year they’ve got help from Ira Kaplan and Georgia Hubley, taking a break from playing in Yo La Tengo to DJ a New Year’s party.

Perhaps your idea of fun isn’t singing along to Don’t Stop Believing or downing a Labatt 50 while listening to acid-country. Maybe you prefer turning your body into a temple that worships the lord of dance. If good-vibe warehouse parties are your drug of choice, you couldn’t do better than this till-the-sun-rises jam, a collab between electronic collective Forth and influential local label/record shop/sound system Invisible City. Performers include ÈBONY, Roberto S, Club Fitness, Milch and Hadi.

Or… if you’d rather go to a godforsaken area and enter a massive, terrifying club with a ridiculous sound system blaring top-volume/top-shelf deep house, Swiss/South African DJ Nora En Pure will be spinning till 4 am at Noir at Rebel. Her remix of Auld Lang Syne will likely leave your skin tingling for all of 2019. Please note, this remix does not exist as far as I know.

The stripped-down blues duo CATL will be raining two sets upon the intimate basement confines of the Dakota Tavern, aided and abetted in their Motor City-lovin’ sound by Detroiters Duende! and DJ Swankenstein. Swankenstein’s name makes me think he’ll play strictly Combustible Edison, but in fact the veteran spinner promises a slew of vintage vinyl sounds from the 1940s to the 1980s.

7. Back In The Day 90s with DJ R2 and Sweet Touch Foundation

With retrospective dance nights ever-present in 2018 New Year’s programming, why not celebrate golden-era 90s reggae, pop, hip-hop and R&B in Little Italy? Revival is walking distance to many other happenings, near hangover-preventing classic pizza spot Bitondo’s, and you might hear The Thong Song or Simon Says. If I liked going out on New Year’s Eve, this is probably where you’d find me. They even say they’ll play Nirvana! This is just like my elementary school dance party. 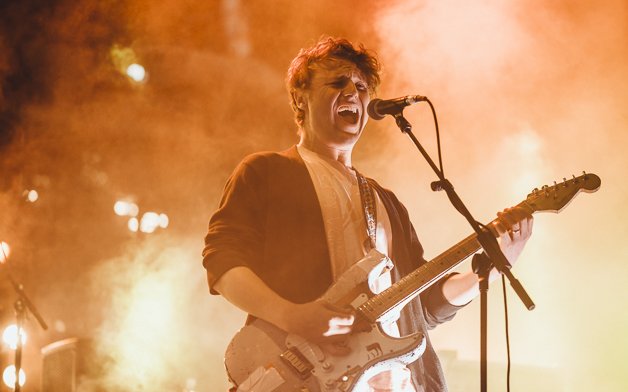 Smack dab in the heart of the city, the Ottawa-cum-Toronto quartet should bring a packed house into 2018 with driving melodic rock and a friendly mosh. Add live karaoke into the mix and the chance of sloppy, celebratory crowd participation is high. I hereby ban couples from singing Don’t You Want Me.

Local party institution and time-machine operators Chronologic return for an end-of-year bash, promising “pop and anti-pop from Since The End Of History.” I’m not 100 per cent sure what that means, but they’ll be covering the last 120 years of music in chronological order. Come early for the Victrola stuff, stay late for the dubstep. End the year being reminded of everything that has ever happened before right now.

If you prefer scrappy, challenging art rock to ring in 2019, this showcase of unique local acts could fit the bill. Luge’s 2018 album, Tall Is Just A Feeling, is playful and sophisticated with touches of the Slits’ driving groove and boppy vocals. Moon King’s enthusiastic, ethereal, danceable music should set the tone, while Luna Li, BizZarh, Persons and Ian Daniel Kehoe keep things hopping from genre to genre.

The Drake has a plan for you on December 31, should you choose to accept it (and pay $119). It’s a decadent feast for the senses presented by rising promoters Collectif Nude, whose successful Pawty Time parties are known for setting up stacked bills of live performers and DJs. This event promises live music and DJ sets (without naming names) following a free cocktail and “strolling dinner” as partygoers hop between the Sky Yard, Underground and main floor and gawk at visual art installations placed throughout the hotel. If you’re in the mood to splurge, this beats VIP bottle service in the club district.

After an eight-year run that easily secured them the status as Toronto’s go-to basement party space, Parts & Labour is going out with one final NYE bash. Its kitchen featured cooking from chef Matty Matheson before his ascension to tattooed food satyr, and will have one last dinner service ending at 11 pm. Downstairs in the Shop, you can see of off the last vestiges of Generation Y’s red meat and PBR obsession with a post-dinner swath of the venue’s favorite DJs, including DJs RyFi, F-Bomb, Huey Bogart and Big Jacks. Then start January off with a kale-only diet.

If you know Bloodshot Bill’s one-man 50s rockabilly band blast, you know this night at the Baby G could be one of the sleeper choices to end the year with. His hair will flop, your feet will move, DJ Teresinha Costa will play vintage mod and soul vinyl and you’ll probably grin so hard your mouth falls off.

Another dance party in a weird space float your boat? Well, consider your boat floated, because Toronto’s newest gentrified area promises a comfortable, fun and friendly night of  funk, boogie, disco and house music with furniture to sit on (put a towel down if you’re sweaty) and plants! Your $65 admission includes drinks all night, bites and coat check. The The Costume House (165 Geary), 9 pm. $65-$75. universe.com. See listing.