NOW MagazineMusicTRP.P give an 80s soul classic a 2019 Toronto makeover

TRP.P give an 80s soul classic a 2019 Toronto makeover

Check out the premiere of Love, Calm Down, the new song from the Toronto duo of Phoenix Pagliacci and Truss 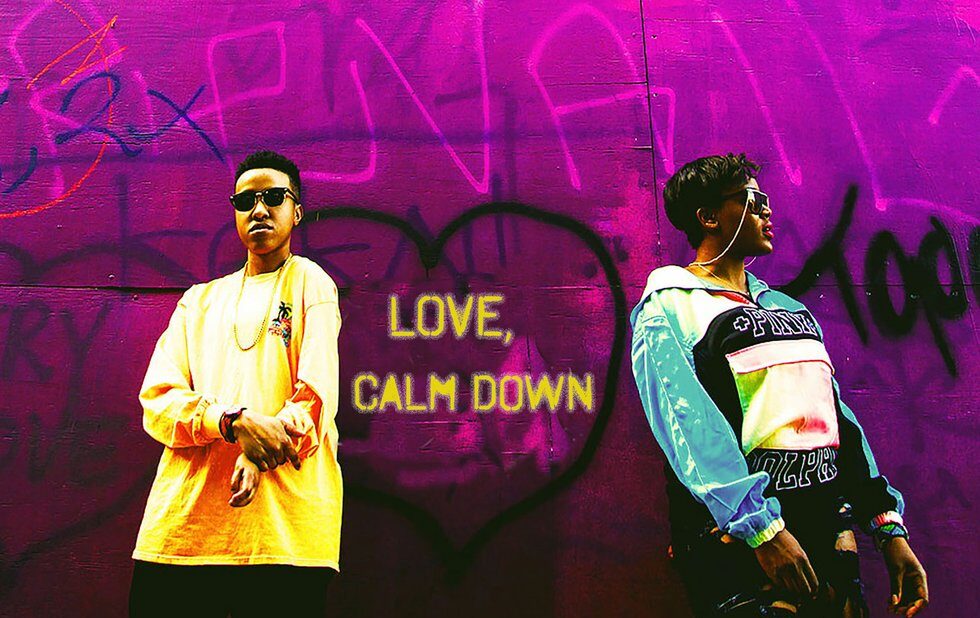 Modern social media-fuelled anxiety has become the stuff of shadowy, downbeat R&B over the last decade or so, but with their new song TRP.P match that subject matter to a vintage 80s disco-soul vibe.

On Love, Calm Down, the local duo of Phoenix Pagliacci – formerly of The Sorority – and producer Truss update the classic 1982 song Love Come Down by Evelyn “Champagne” King to deliver a kiss-off to self-doubt, precarious paranoia and negative thoughts that plague a 2019 Toronto creative existence. It’s the first taste of their upcoming album, 2TRP.P, out September 6.

“As humans, we are slave to the cycle. The earth revolves, the seasons change, we give and receive love. And we get upset when it’s not simultaneously,” says Pagliacci. “We all do.”

“This song reminds us we have all been there, and just because we aren’t getting love now, doesn’t mean we shouldn’t give it while we wait. It’s coming. It always does.”

The song is inspired by a trip the group took to Los Angeles, expecting to find an artistic utopia and instead finding the same struggles among musicians as in Toronto: “The same lack of resources, cliquishness and a crab in a barrel mentality.”

But it’s ultimately a positive song – one that champions overcoming the grass-is-greener mentality, twitter-fingers condition and trusting in yourself and your community. It’s no wonder Pagliacci’s vocal performance and the Kendrick Lamar-channeling guest verse from Spazzy D are so much fun. “I was excited when Phoenix asked me to add a little of my own perspective to the classic that Evelyn ‘Champagne’ King gave us,” says Truss. “It was so much fun to create, from start to finish.”

Below, check out this week’s #NOWplaying playlist of the best new Toronto music and subscribe here for a new playlist every week.