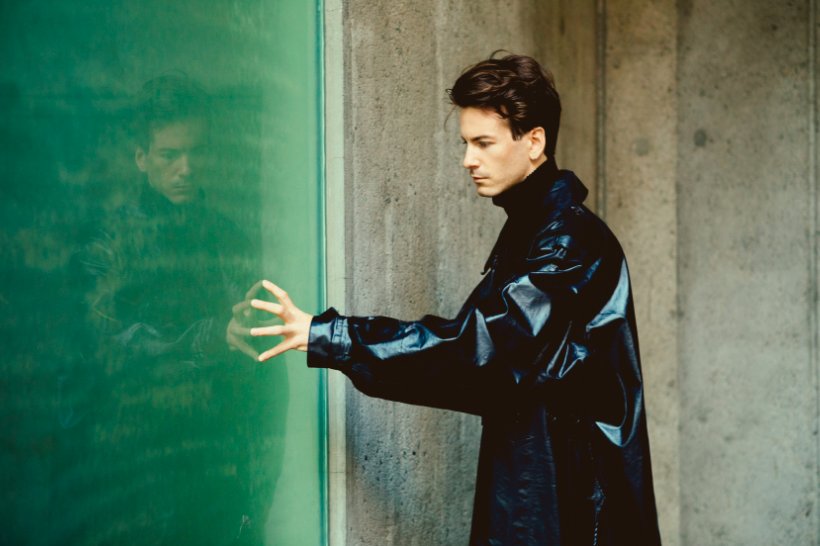 Last summer, TR/ST’s Robert Alfons told NOW that his third album would tackle moving past shame and owning desire. “This is my third record and the one I’ve struggled with the most,” the Los Angeles-based Canadian musician said in an interview for our Pride issue. “It’s weird because how did I make music before? Maybe I was just running away from it for two records. But now’s the time.”

And now the record has been announced: The Destroyer is a 16-track effort that will come out in two parts (in April and November on Royal Mountain) and features co-production and co-writing from previous TR/ST collaborator Maya Postepski (also of Austra) on six songs. His clarity and sense of purpose is clear in new single Gone, a melancholic earworm full of bright and classic synth-pop flourishes.

Shad: The Stone Throwers (Gone In A Blink)

Breaking down the central characters on his concept album A Short Story About A War in an interview with NOW, Shad described the Stone Throwers as “people without power, people who use whatever power they have – and are often vilified as a result.” Now, the intense and powerful song, which touches on hypocrisy, violence and responsibility, gets an equally powerful video directed by fellow Toronto rapper Matthew Progress.

The video features three actors, naked and sometimes screaming with rage and desperation, interspersed with lo-fi Toronto city scenes, both empty and packed with commuters. The entire video was filmed on camcorder, recalling viral videos depicting police brutality and surveillance-style security footage. “The Black experience is surreal, and genuine catharsis can be grounding,” says Progress. “Openly expressing rage and vulnerability is a way to take back power.”

Three permanent figures in Toronto’s electronic music scene have banded together to launch a new label called Parallel Minds (joining a handful of new independent electronic labels in the city). Ciel, Yohei S and Daniel 58, who’ve thrown parties together in the past, will release an EP on April 11 featuring new tracks from each of them, plus one from Radiant Aura Faculty, a new alias of Raf Reza (one of NOW’s Ones To Watch).

All four artists are based in Toronto, which Parallel Minds intends on continuing to promote. “It was our hope to provide a homegrown platform for the abundant + diverse music coming out of our scene that have long struggled to find a home internationally,” Ciel writes on Facebook. “I felt that no matter how far (or how little) I got with this dance music thing, I would do whatever possible to elevate the voices of my peers from Toronto, to bring my pals along for the ride.”

Full tracks aren’t out yet, but you can find a sampler of all four artists below, with sounds that range between house, breakbeat and hardcore.

There’s lots of new music from Toronto artists this week, and we’ve compiled the best below in our #NOWplaying playlist, powered by Yamaha. There’s a typically hard driving new anthem from Just John x Dom Dias (who featured in our recent Sound of Toronto cover story), a soulful, housey new song from Toronto composer/producer-to-watch Bésé and new tracks from Goodnight, Sunrise and Jamel Thomas (watch the #gymselfie-spoofing video for the former here and the old-school hip-hop worshipping one for the latter here).

Find the playlist below, and subscribe to #NOWplaying here for a new one every week.