Watch Daniel Caesar perform with Chance the Rapper on Colbert 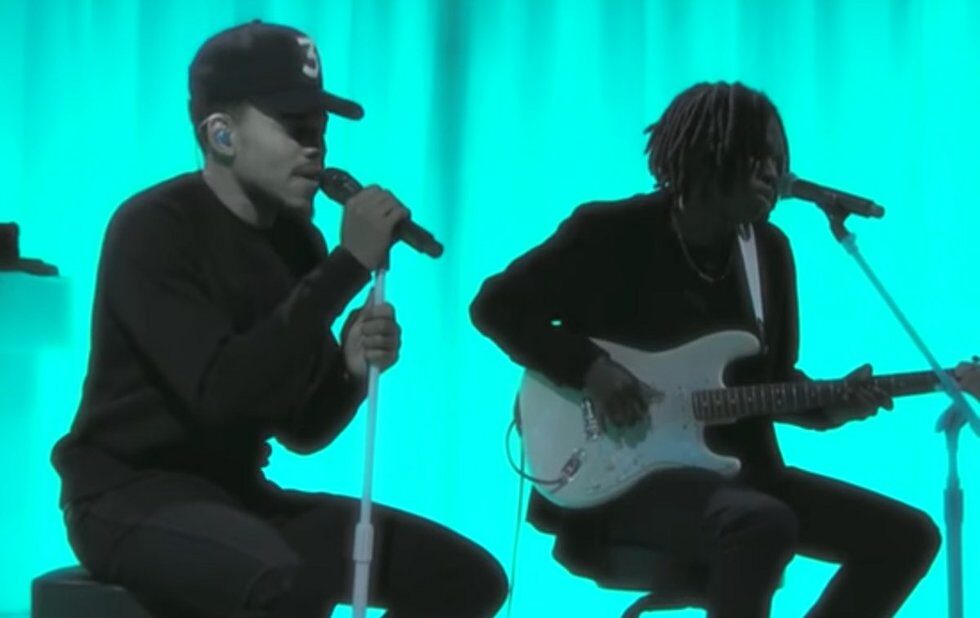 Toronto R&B singer/songwriter Daniel Caesar is having a break-out moment with the release of his debut album, Freudian.

In August, he appeared on the cover of NOW, became the first Canadian musician to be featured as an “Up Next” artist on Apple Music, performed on The Late Late Show With James Corden, and then sold out four consecutive nights at the Danforth Music Hall.

On Monday, September 25, he was back on American late-night TV – The Late Show With Stephen Colbert this time around – performing alongside Chance the Rapper on an as yet untitled new song by the Chicago MC.

It’s hardly a surprise that the two are collaborating. In his interview with NOW, Caesar explained that he’s not interested in signing to a major label, preferring to remain a free agent not unlike Chance. Aiming for mass-market appeal without major means, Caesar and his team have to take on a lot of business usually handled by label execs, and they’ve been leaning on Chance’s manager, Pat Corcoran, for advice.

“He has been a big help to us – mentoring us,” Caesar said of Cocoran. “All the little ins and outs that you have to figure out when you don’t have a label, [Chance’s team] help us figure out. You have to be able to dance the line of being an artist and a businessman. They’re very opposing ways of being.”

Chance’s new untitled song is a low-key ballad that features Caesar on guitar and vocals. The main riff is more than a little like More Than Words-y, and the song – which Chance told Colbert he wrote days before the taping – eventually crescendos into an explosive finale with help from a drummer and gospel choir. Watch a video of the performance below:

UPDATE: The song now has a title. It’s called #FirstWorldProblems.