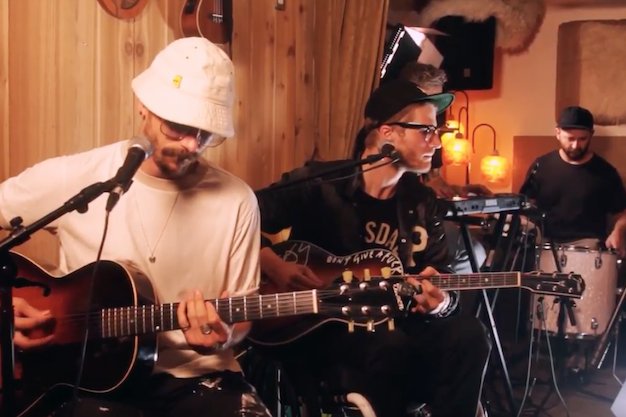 Portland-based Portugal. The Man is no stranger to intimate venues that allow for a blend of music and conversation. Over the past decade and eight studio albums, the band has toured extensively while sticking to the same songwriting approach that first earned them acclaim from critics and audiences. “We just make what we want to listen to, pretty much,” bass player Zachary Scott Carothers says in this Hidden Studio Session.

Their newest album, Woodstock, comes with a dose of politically tinged lyrics informed by the increasingly chaotic political scene in the States at the moment. But that heaviness doesn’t hold back the album’s overall groove-friendly sound – the second single, Feel It Still, is an inescapable ear worm if there ever was one.

Watch Portugal. The Man perform it live along with So Young and Purple Yellow Red and Blue in the video below.