Ontario's stage 3 reopening regulations will allow concerts to return in indoor spaces. But will they? 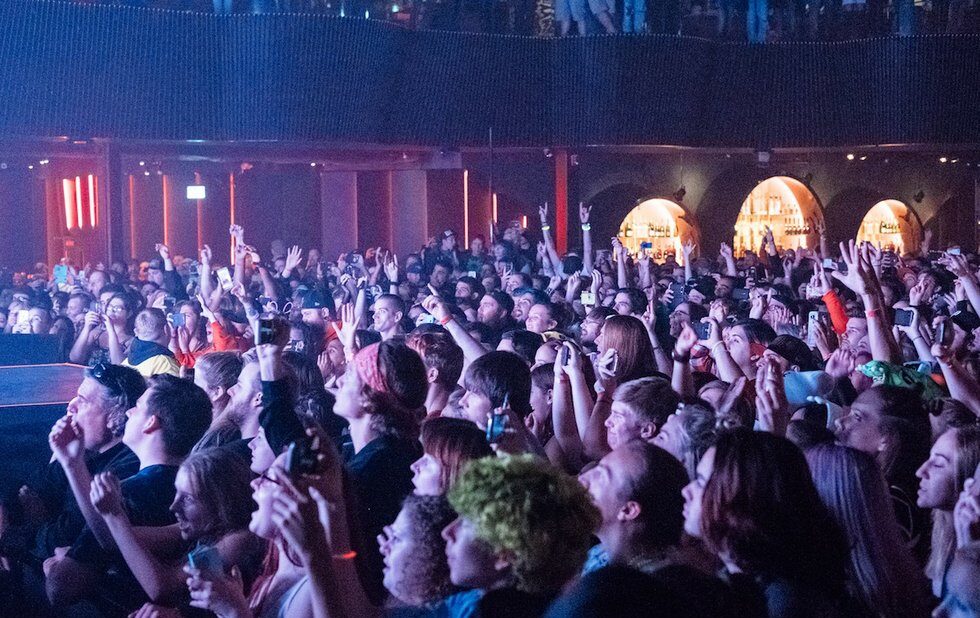 Since the beginning of the COVID-19 pandemic, all three levels of government have been consistent about what will likely be the last things to return: live sports and big concerts.

Well, sports are about to return (albeit without fans) and, in stage 3 of Ontario’s reopening, concerts are allowed to, too.

Toronto won’t be entering stage 3 this week. But the framework has been laid out and, surprisingly, it includes live music. The indoor limit is 50 people (not including staff and performers) with enough space for six feet of social distancing between people. Plexiglass “or some other impermeable barrier” is required between the audience and singers as well as “players of brass or wind instruments.”

So, will indoor concerts return when Toronto enters stage 3?

Shaun Bowring is the owner of music venues The Garrison and The Baby G. Throughout the pandemic, he’s been meeting weekly with a coalition of 25 other Toronto venue owners, and the general consensus is the same: No – at least not right away. It’s too risky.

“I’m sure someone will try it, but it’s looking like the safest and smartest thing for us right now is just to stay closed and ride it out,” says Bowring. “Our business model is based on packing as many people into a small space as possible to enjoy music together. That’s still unsafe. So it’s still a waiting game.”

Rebel nightclub owner Charles Khabouth echoed the sentiments in an interview with NOW after the launch of his new drive-in concert venue. “That’s good for a little church choir maybe,” he said of the rules. “It makes no financial sense whatsoever.”

It’s been proven that the virus spreads more easily in confined, indoor spaces, especially when people are drinking and talking over loud music. But beyond health risks, reopening a music venue is risky from an economic perspective. As some venue owners in the city throw in the towel, the allowance for concerts in stage 3 won’t be the lifeline Toronto’s precarious and beloved spaces are looking for.

“I literally laid out the chairs [with social distancing] at the Garrison, and I can get 42 people in my 300 capacity venue,” Bowring says. “It’s a dystopian kind of experience. Everyone’s got masks on, they’re not buying beer. And if anyone’s singing on stage, not only does there need to be a plexiglass barrier between the band and the audience, there also needs to be plexiglass barriers in between the musicians. So you’re building up a little house of mirrors on stage. The logistics aren’t great.

“Then, from an economic standpoint, calling back staff and getting everything rolling again with a capacity of 42 is pretty much impossible.”

The Horseshoe owner Jeff Cohen isn’t in a rush to open, either. In an interview with BNN Bloomberg, he said the 50 capacity would include all three elements of the bar: the patio, the front-room bar and the back-room music venue. It makes more financial and public health sense to focus on the patio right now.

Keeping venues closed is also a hit for musicians, though, many of whom rely on concert revenue to make a living. The Lowest of the Low are multi-decade veterans of the Toronto indie rock scene and this is a totally new experience for them. The band has a dedicated cult following, and they’d planned a tour of fans’ private homes and backyards that they had to cancel due to the pandemic.

Lead singer Ron Hawkins has kept in touch with fans with his weekly Tommy Douglas Tuesdays Facebook livestream concerts. But what the band’s Lawrence Nichols misses most about touring is community.

Would he play a stage 3 concert?

“We know that if we were to put a show on, some people would show up,” he says. “We know that, and that’s really nice to know. We just want to make sure that when we can do it’s in a way that people would feel safe and good about. We’re willing to adapt, we just don’t want mess with people’s lives here.”

There have been creative solutions, like drive-in concerts and balcony jazz shows. But taking it indoors feels premature.

“To do it wrong, to do it too early, to do it dangerously, to open once or twice and then have to close again, that will kill venues,” says Bowring. “That will discourage musicians.”

So when will people will be able to go to indoor concerts again?

Listen to episode 37 of our NOW What podcast with Nichols and Bowring below: