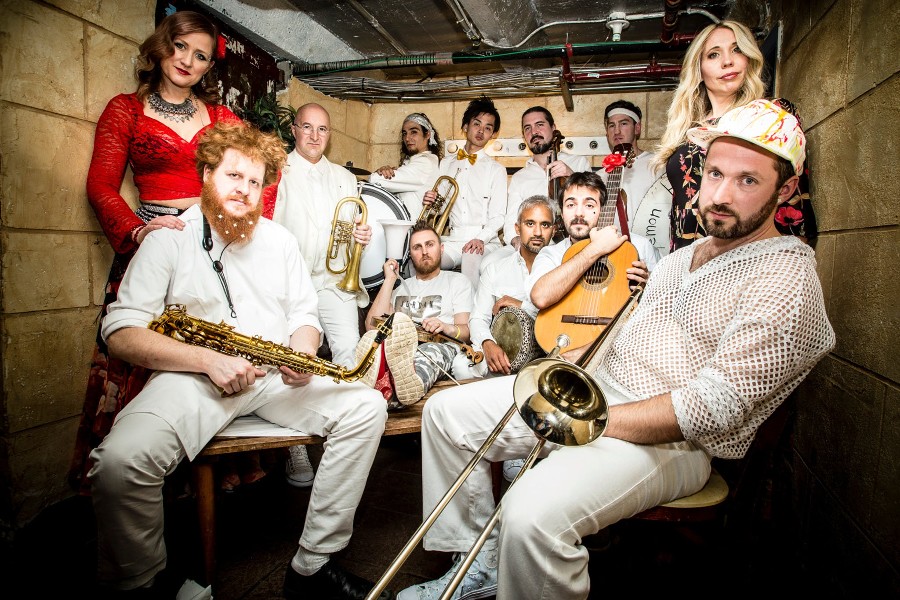 Toronto’s thriving community of Eastern European musicians is coming together in support of Ukraine.

On Friday, March 11, at the Opera House, a concert called With Ukraine will bring together local Ukrainian acts, bands with ties to Ukraine and other supporters for a night of music. All proceeds will go to Help Us Help, a charity focused on humanitarian aid and educational projects in Ukraine and in Canada. The money will go towards immediate help, medical aid, food supplies and protective gear.

The night will be hosted by that charity’s Oksana Hrycyna, who is Ukrainian, and Misha Artebyakin, a Russian Torontonian who co-owns the Queen West bar and music venue, Drom Taberna, a home for Eastern European music in the city.

The show is organized by Ala Stasiuk and Ewelina Ferenc of Polish-Canadian band Polky along with Nastasia Y (BLISK, DoVira) and Tamar Ilana (FabCollab, Ventanas). The event has an all-women team of musicians, art workers, journalists and designers, all volunteering their time.

In addition to Ukrainians, the lineup includes refugees from other countries affected by war, including Syria and Iraq. Stasiuk says they hope to spread awareness about global war and conflict in addition to raising money for Ukraine, to “encourage our international, global community to take action and speak up against those inflicting war and genocide.”

The night will end with everyone coming together to sing Adrienne Cooper’s Sholem (which translates to Peace), a song often sung by the local collective Lemon Bucket Orkestra since the 2014 Revolution of Dignity (Maidan) in Ukraine.