The experimental music festival will beam performances to you via the Holobox Theatre, a hologram device you assemble at home 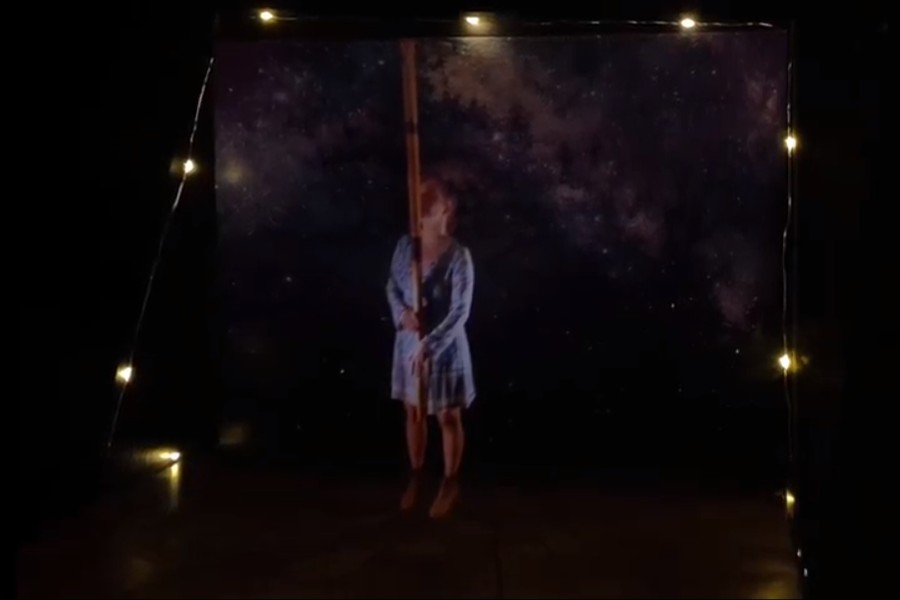 If virtual concerts have left you feeling a bit flat, Toronto’s Women From Space festival has a futurist solution: Holograms.

They’ll all be streamed to you virtually into a 3D device called the Holobox Theatre, which they’ll ship to your house in advance.

“Everyone had mixed feelings about online shows, so wanted to bring the performers a little closer and off the flat screen,” says festival co-creator Bea Labikova, who will do a duo saxophone with her other co-creator Kayla Milmane. “And we’re Women From Space, so it fits us well.”

It sounds futuristic, but the Holobox Theatre is actually quite low-tech, like an old-school parlour trick that would have blown minds a century ago at world’s fiars. It comes in the mail in an envelope and you assemble the pieces of chipboard and plexiglass into a 3D creation.

You put your phone, tablet or laptop into a stand that angles the video to project against a plexiglass screen and look like the performer is playing in real space in front of you.

They’ll shoot the performances in black box theatres at Arrayspace and Pia Baumann Theatre so that the artists are playing against a plain black background. The Holobox device comes with a background full of planets and constellations, but you can swap it out for anything you like on a sheet of paper. (You can also just watch it on your computer screen without the Holobox Theatre.)

Labikova and her partner Raphael Roter, who designed the Holobox, gave me a little demo over Zoom. Even one extra step removed I could tell how much dimension the hologram presentation gives livesetream performances that most virtual shows are missing. It’s elegantly simple and also weirdly cool. 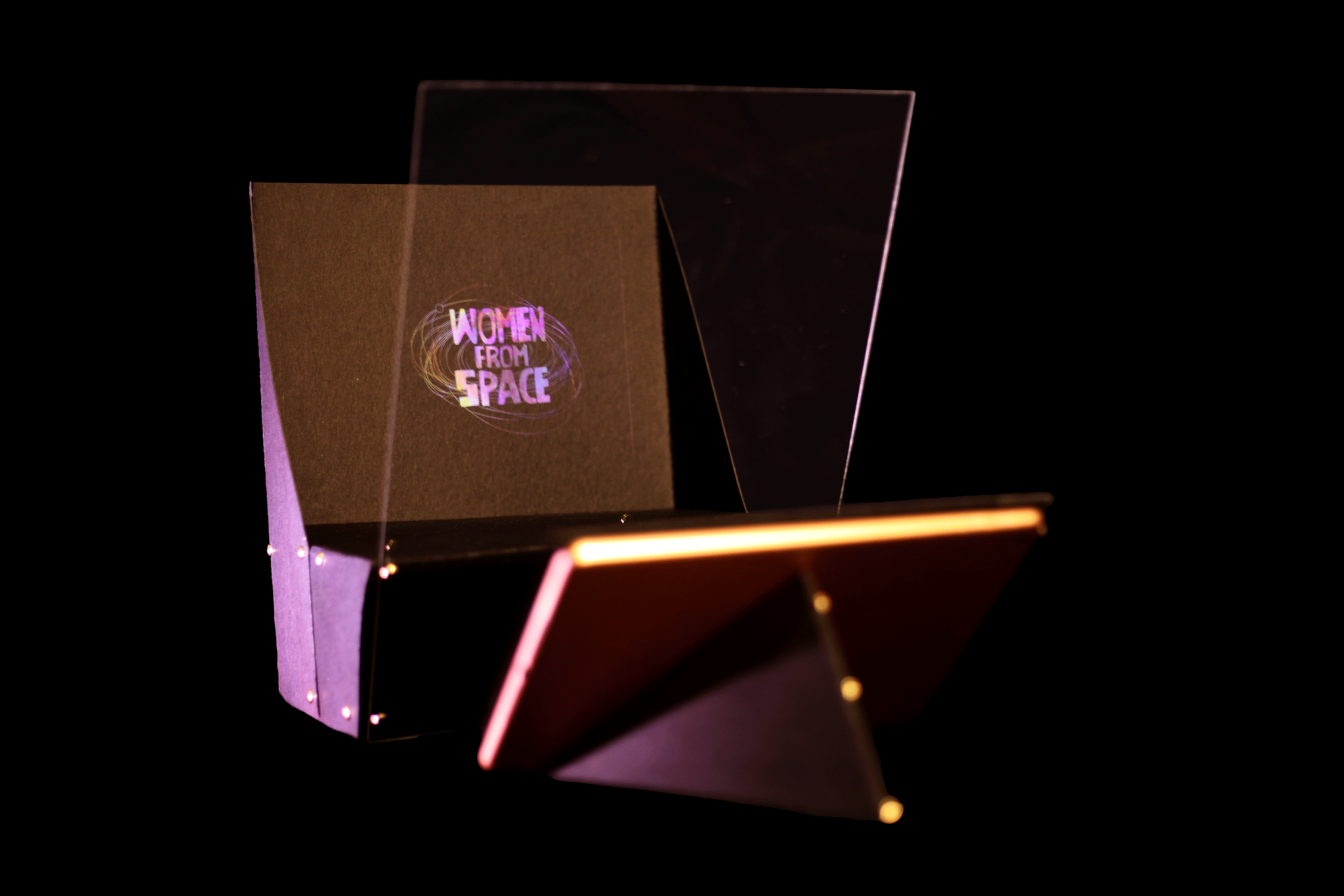 “It’s kind of a neat little DIY arts & craft project,” Roter says. “We went through a lot of different prototypes, tried different plastics and cardboards and angles to get this just right. It looks simple, but it took a lot of tinkering to figure out.”

He says there’s lots of opportunity to play with space, to let people float around in space or move in 360 degrees. To start, though, they’re keeping it simple and just projecting the performances in a semi-realistic way so it looks like they’re happening right in front of you. Each day includes a dance/music collaboration, which they say really shows off the potential of the Holobox Theatre.

Eventually, they hope other festivals or events might use the technology for their own events and build on it.

The best virtual concerts have been ones that don’t try to recreate the real-life concert experience online but rather explore the potential of the new mediums we’re all adapting to in the social distancing age. That’s why some of the best ones have come out of the experimental, contemporary and new music worlds (The Music Gallery has been doing some interesting stuff, too.)

“We’re always thinking how to do things in a different way,” says Labikova. “It’s the culture of our world.”

Women From Space stream for free or PWYC from March 6-8 at womenfromspace.com. The Holobox Theatre is $10-$12 plus shipping via holoboxtheatre.com.