Paul Banwatt of Woodhands tours Japan and blogs for NOW.

Tokyo is forcing me to reconsider everything I thought I knew about big cities.

I used to think that small towns force people to behave because everybody knows each other. The anonymity of living in a big city lets people act without being forced to consider the consequences to their reputations. The internet, I figured, was proof of how people will act when nobody is watching (sort of like the ring of Gyges from Plato’s Republic. Gyges, a decent shepherd, finds a ring that makes him invisible, and then turns into a plotting lunatic, sneaking into the castle, seducing the queen, and usurping and murdering the king… simply because he can without anybody seeing him.).

But here, in Tokyo, people don’t use anonymity as an excuse to do what they want. You can buy beer and cigarettes from vending machines on the street, but nobody is worried about kids drinking and smoking. There’s over 12 million people, but the police don’t carry guns, and nobody ever seems wary of each other. It’s a big city that has retained rural values of honour and decency without compromise. I love it. 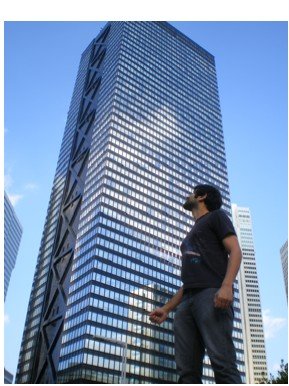 And more importantly, and completely worth the 14 hour plane ride, McDonald’s here still has deep fried hot apple pie. I swear this is paradise.

(Don’t worry, I’ve eaten lots of authentic Japanese food… but at 5 am, after a night of partying, McDonald’s is really the only thing that makes any sense.)