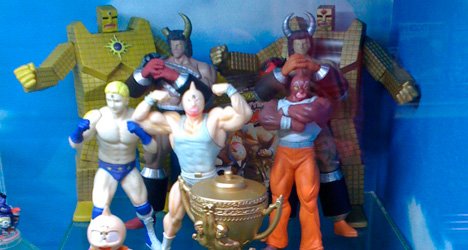 Daniel Werb of Woodhands tours Japan and blogs for NOW.

After cramming books, newspapers, and a copy of the Economist into my carry-on, and spending $200 on an extra computer battery, it was all for naught: instead of passing the time on a twelve hour flight from Toronto to Tokyo, I ended up sleeping for 10 hours straight.

I should have seen it coming – when we first got to Pearson airport, I told Paul that I was feeling murderously tired. Can you blame me? The night before had been spent driving to and from Peterborough to play with our new best friends The D’Urbervilles, and there was barely enough time to shower (and no time to sleep) before heading out for a ridiculously early morning flight.

But was it worth it? Um…yes.

There’s something hilarious about trading Peterborough for Tokyo, though there’s no way to write about it without offending kids from the Peter Patch so I’m just going to move on.

After a two hour bus ride in from Narita airport and a half-hour cab ride, we found ourselves at our friend Simon’s apartment. He had warned me that it was going to be a pretty tight squeeze with three of us sleeping there, but I didn’t quite understand his mirthless giggles until we got here. Holy shit! Japanese people basically live in tiny pods.

And suddenly, we were all Japanese. I don’t want to get into the mechanics of how it went down, but we got our stuff in here and managed to find ways to fit around each other, though I’ve never felt closer to either Paul or Simon. 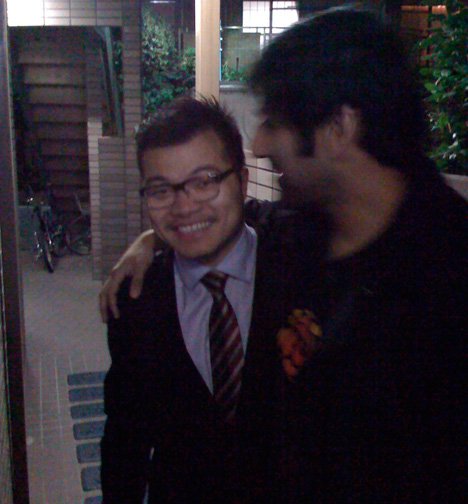 Here’s Paul on our first night out. I’m the first to admit this is a pretty cliché shot, but Japan turns you into a big cliché. On that note, we also ended up at an izakaya (Japanese tapas) restaurant where sake was served hot and cold and where everyone started feeling pretty tingly pretty quickly. 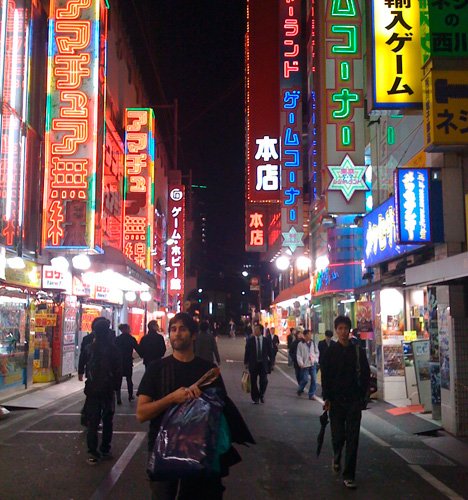 Right after this photo was taken Paul and I jumped into a Club Sega which is a three storey video arcade taken to the next level. There was an entire floor of video gambling which had as its centerpiece this bizarre glowing contraption. You can’t see them here but there are a bunch of marbles rolling around and coins falling into pots: 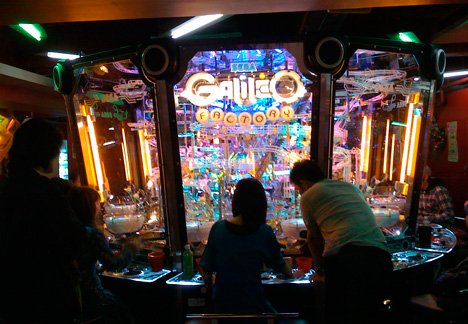 About half of the gamers were middle-aged men in suits who sat alone and smoked while they played. Paul and I played Street Fighter IV (!) and then got into this insane pod with a huge concave video screen. It made me dizzy and kind of sick but Paul got pretty good at jumping around and killing robots.

For a first night in Tokyo, I think we did pretty well: we can check sake and video games off of our list (though something tells me this won’t be the last time we enjoy them out here).

Last thought: on our way home, before squeezing into bed next to the boys, I noticed a bunch of bikes and then realized how ridiculously tiny the bike locks out here are. Igor Kenk would have a field day.