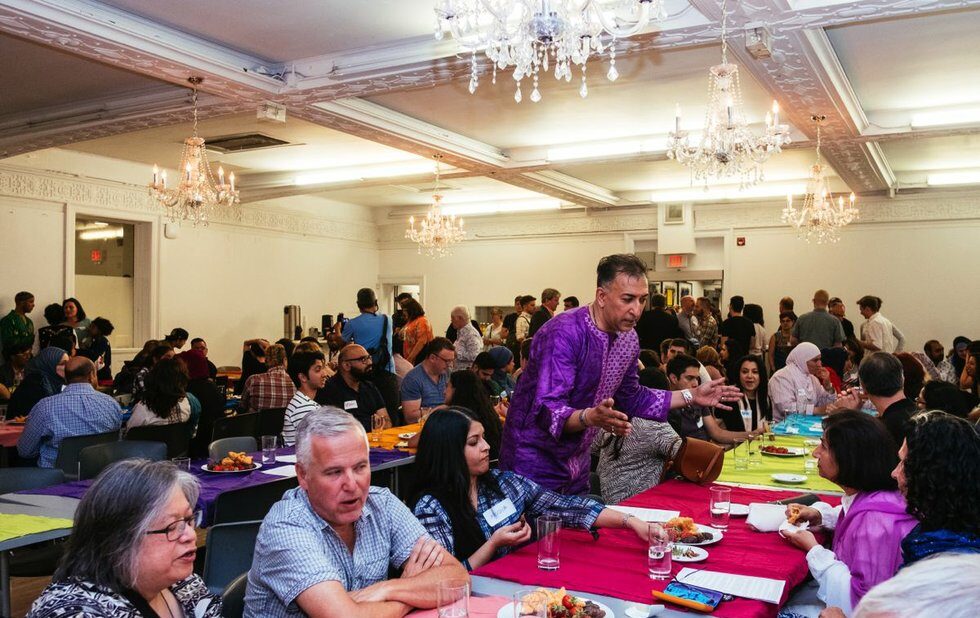 About 200 people packed a ballroom in downtown’s 519 Centre on Friday, June 24, for an unprecedented coming together of Toronto’s LGBTQ and Muslim communities. The night was dedicated to the victims of the deadly mass shooting in Orlando.

Muslim groups are under a lot of pressure to repudiate such attacks, but Muslim themselves are debating whether they should, since some think these statements only perpetuate the stereotype that all Muslims are ticking time bombs.

Orlando has added a dimension to the usual debate on “Muslim terrorism,” since the attacker, Omar Mateen, had several homosexual relationships, according to some media reports. Many Muslims are now having to confront LGBTQ-related issues in the community, and these are highly controversial, especially in mosques. But the Orlando tragedy has forcefully broken the ice. 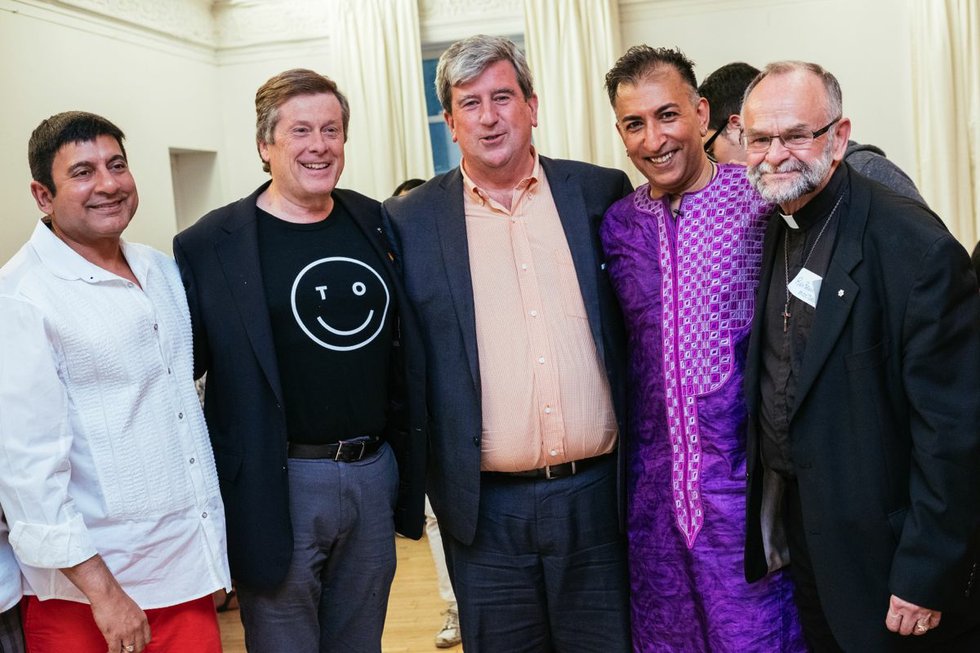 Several Toronto Muslim groups approached LGBTQ activists to organize Friday’s event, bringing the two groups together in a show of solidarity and mutual respect. They made it into an iftar dinner, the meal at which Muslims break their dawn-to-dusk fast every night during Ramadan, which began earlier this month.

“These are two communities who are always pitted against each other,” says Douglas Kerr, an LGBTQ activist who helped organize the evening. “It’s important to show that many, many gays have no problem with Muslims, and vice versa.”

He notes that the only time the two populations are mentioned together is when reporting an act of terrorism or when the Islamic State (ISIS) executes someone suspected of being gay.

The iftar stepped outside of this negative public deadlock and attracted the attention of elected officials including Mayor John Tory, who stopped by to greet the gathering. 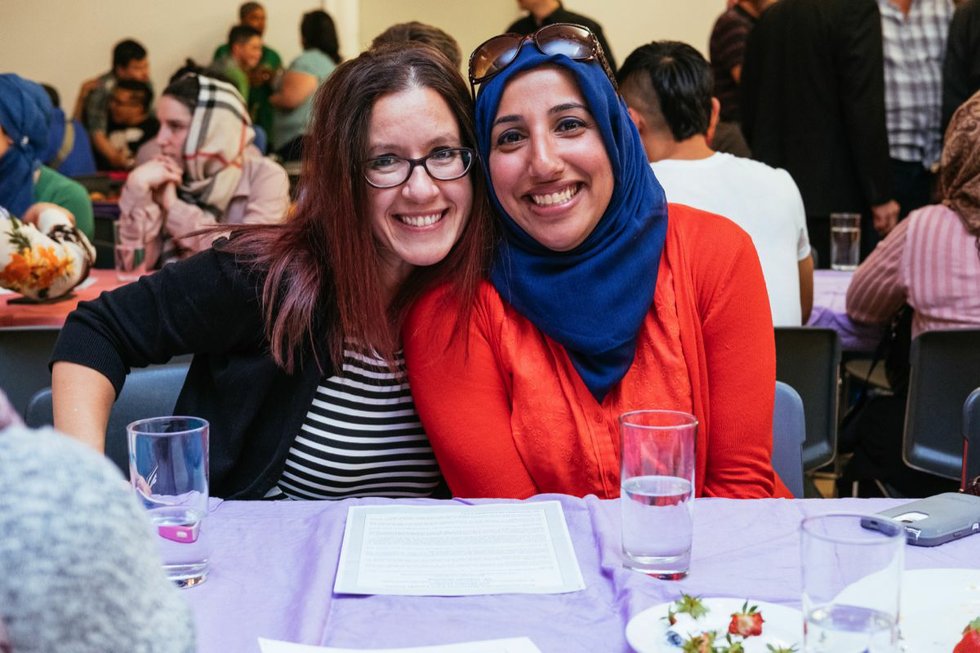 The night started with a recitation from the Qu’ran, followed by the reading of two statements of solidarity, one signed by LGBTQ representatives, the other by dozens of prominent Islamic theologians and community leaders as well as large Muslim organizations.

“As a community,” the second statement reads, “we stand firmly against all forms of oppression including homophobia and transphobia. We are concerned about this oppression and its impacts on members of the LGBTIQ communities and the world. All people should be free from discrimination and oppression and be able to live their lives in peace and security.”

It goes on to state that “Muslims understand the pain and suffering that comes from hatred and ignorance. Because of the identity of the Orlando shooter, there has been, once again, an escalation in anti-Muslim sentiment and Islamophobic rhetoric, leaving many Muslims feeling unsafe in their homes and communities.”

Noticeably absent from these signatories is one of Canada’s largest Muslim groups, the Muslim Association of Canada (MAC), showing that LGBTQ issues are still contentious. MAC did not respond to repeated requests for comment from NOW. 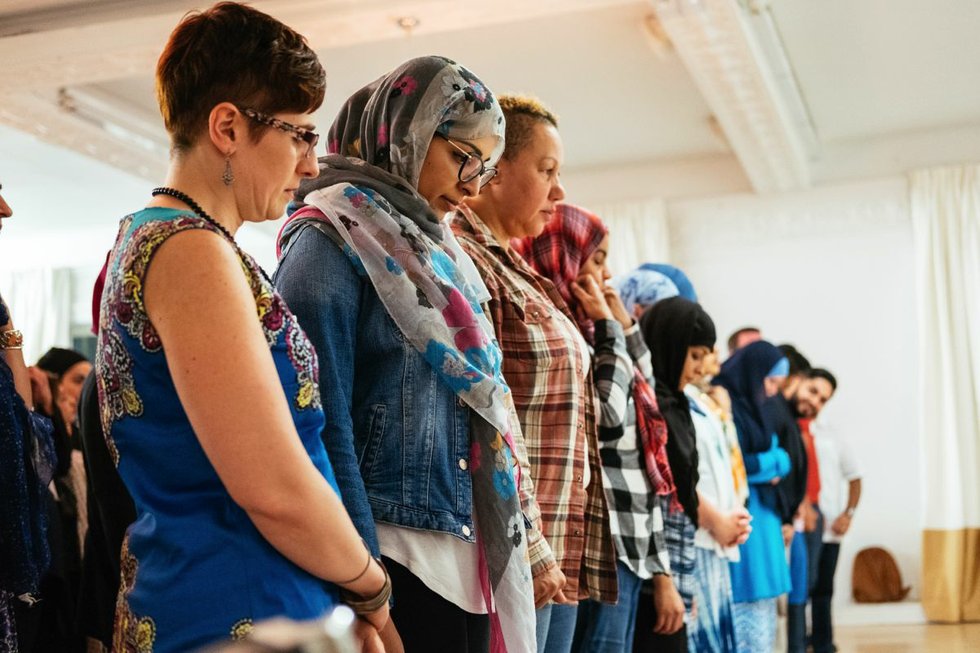 But the dinner was attended by a wide spectrum of progressive, conservative and LGBTQ Muslims, for whom such a coming together represents a breakthrough, at least for the moment. Their Ramadan fast ended with dates, strawberries and samosas before they joined their non-Muslim neighbours for the evening meal.

“I usually don’t feel safe as a gay Muslim,” says attendee Muhammad Suhail, a 22-year-old student at Seneca College. “I know a lot of other gay Muslims who’re still closeted, and I’m hoping events like this will help change the atmosphere in some way.”

Suhail says gay Muslims often depend on LGBTQ organizations to meet other gays because the Muslim community itself simply isn’t open enough. Systemic changes are necessary, he says, and the massacre in Orlando may have sparked a new conversation.

“Before Orlando, you hardly heard the words ‘Muslim’ and ‘gay’ in the same sentence,” says Renee Mercuri, a bisexual Muslim interfaith minister.

Several of the Muslim leaders who signed the joint statement were openly homophobic only a few years ago. Kerr takes their change of heart as a positive sign that people can evolve on the issue.

“I’m hoping the pace of change will be faster now,” says Naeem Siddiqi, who along with Jeewan Chanicka, Farheen Khan and Ziyaad Mia came up with the dinner idea.

“Muslims who have always stood in solidarity with those in the LGBTQ community weren’t very visible, but that’s going to change after Orlando, I think. More people are starting to ask how we can do more than we were doing before,” he says.

“The community is more introspective now, and we’re asking ourselves whether we’ve helped create or foster an atmosphere where these issues aren’t openly discussed,” adds Shabir Ally, imam of the Islamic Information & Dawah Centre International on Bloor, who couldn’t attend the dinner but signed the joint statement.

Ihsaan Gardee, executive director of the National Council of Canadian Muslims (NCCM), a prominent advocacy group focusing on the civil liberties and human rights of Canadian Muslims, says, “It’s too early to tell whether this will shift the way Canadian Muslims of all ages talk about or view these matters, [but] what is important is that it has sparked a conversation and brought two vulnerable and often targeted communities together.”