“It’s not just Islamophobia, but sexual assault and domestic violence that are more of a threat to women – and not just in the Muslim community, but in society in general.” 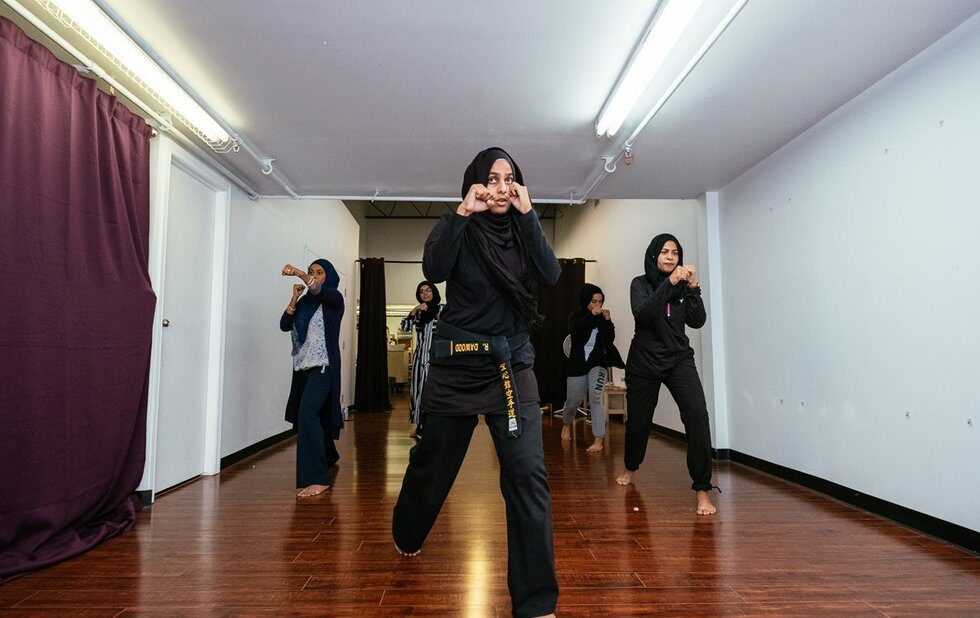 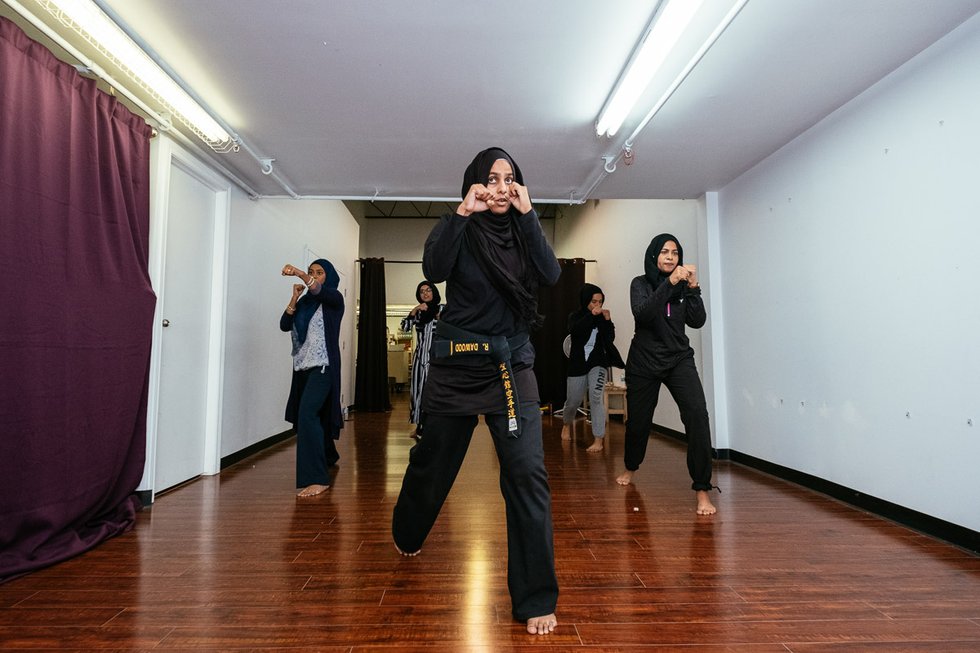 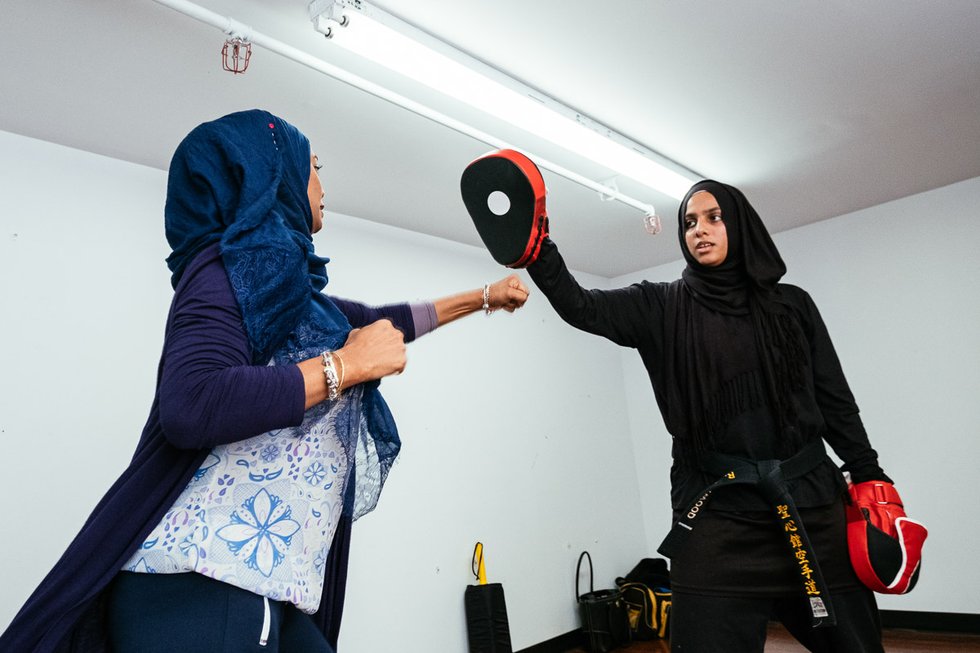 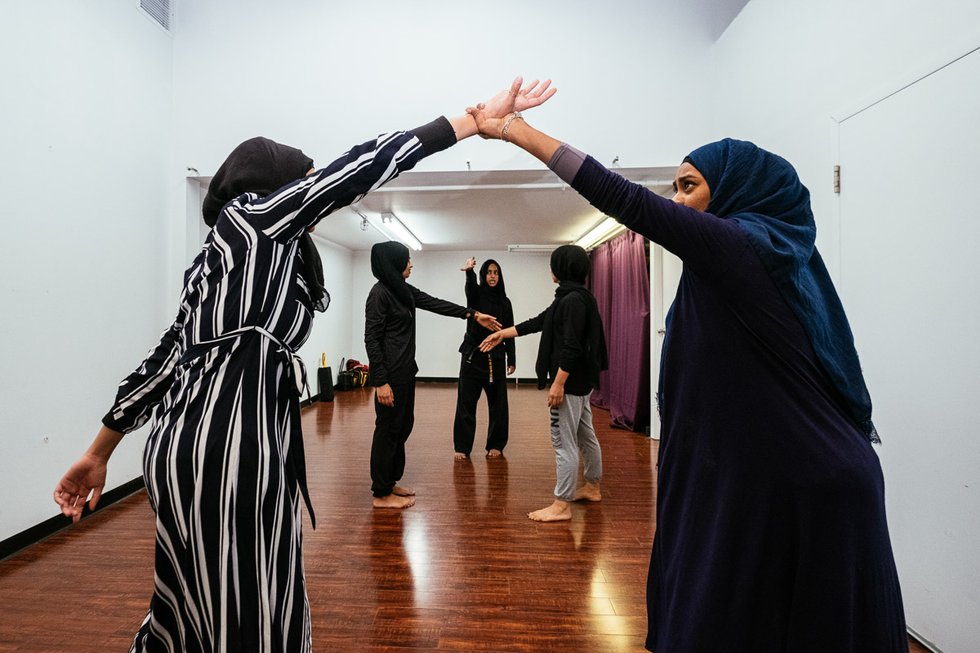 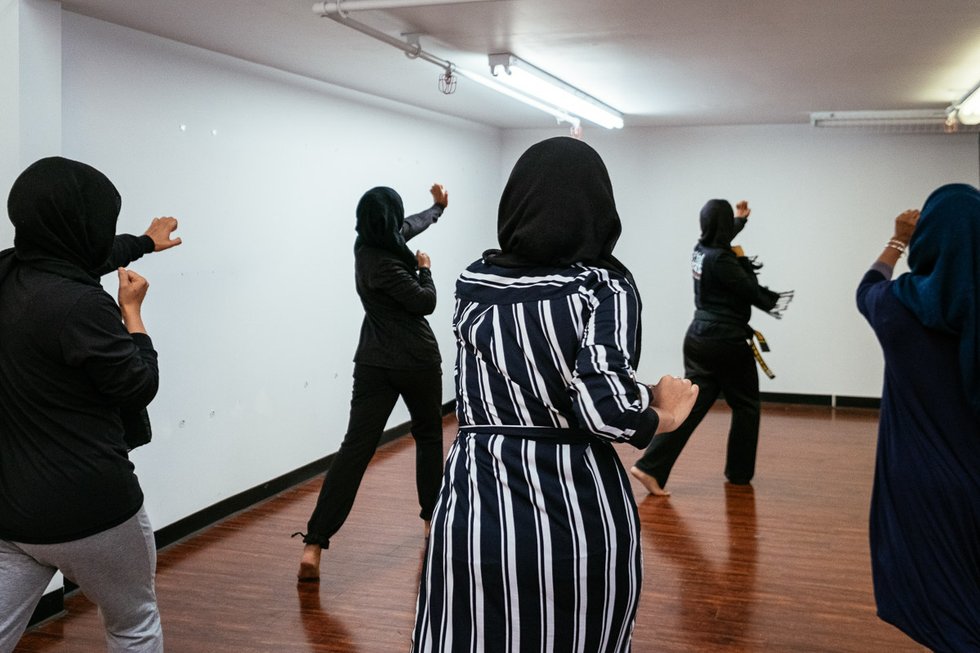 Dawood has been teaching Muslim women for years. But she says demand has increased since last fall, particularly after the Paris terror attacks, which sparked a backlash against Muslim communities across parts of the Western world. In Toronto, a woman was attacked outside her child’s Flemingdon Park school. Others were physically assaulted or intimidated on the TTC and elsewhere.

Many Muslim women felt especially vulnerable at a time when the politics around the “war on terror” and the Muslim community have become very divisive.

That reality prompted community organizers like 23-year-old Sarah Hassanein to organize self-defence classes at York University, where she was a student at the time.

“It’s unfortunate that we have to go out of our way to take these classes and protect ourselves,” says Hassanein, who wears a headscarf, or hijab. “But I saw a really positive effect on those who attended, a rise in their spirit.”

Hassanein was working at York’s Sexual Assault Survivor’s Support Line and Leadership (SASSL) at the time. She partnered with Wen-Do, one of the city’s oldest organizations teaching women’s self-defence, to hold several weekly classes.

Wen-Do instructor Arij Elmi, a social worker and public health professional, noticed that the demand for courses was rising in the Muslim community and crowd-funded enough money to deliver, along with her Wen-Do colleagues, free classes across the GTA, including for Muslim girls in Grades 7 and 8 at Maingate Islamic Academy in Mississauga.

“Seeing a lot of hate crimes in the news made a lot of us feel insecure,” says Sanaa Ali-Mohammed, Maingate’s program specialist at the time, who also took part in the classes. 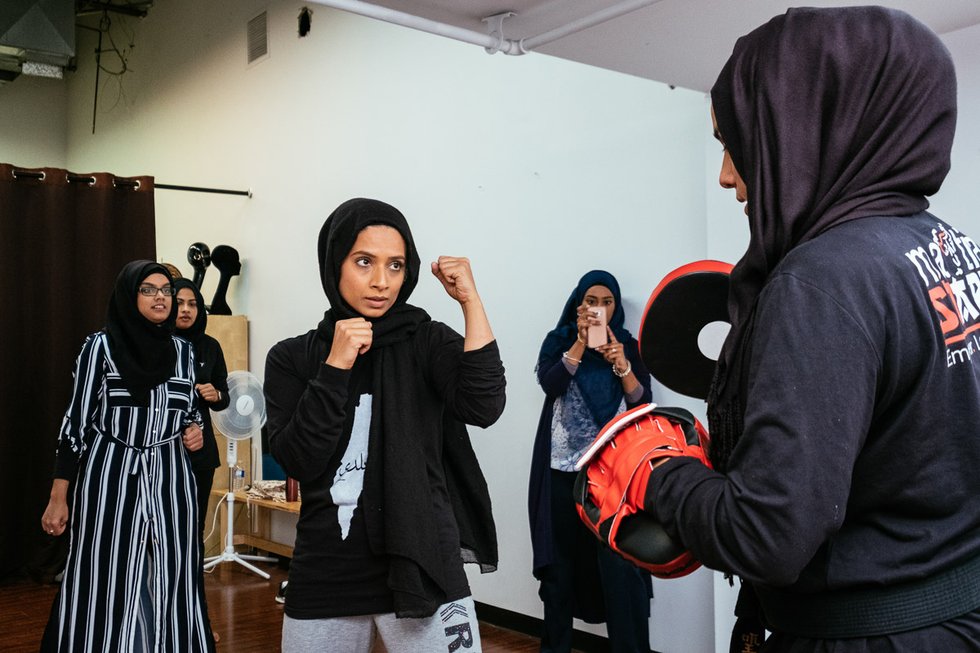 “A lot of the techniques involve using your strength to free yourself from an attacker, but overall it’s really to prepare you mentally,” she says. “Not knowing what to do creates fear, and having an idea of what to try definitely makes me feel more confident.”

Ali-Mohammed believes that confronting anti-Muslim violence is just one of several reasons to teach Muslim women, young and old, how to defend themselves.

She cites sexual assault on campuses as another, adding that many girls who attend Islamic high schools need support when they transition to public universities, where they’re bound to experience totally different social dynamics.

“It’s not just Islamophobia, but sexual assault and domestic violence that are more of a threat to women – and not just in the Muslim community, but in society in general,” Dawood says. In addition to preparing women to fight back physically, self-defence is “about learning that you have the ability to do something, to use your voice and to get loud.”

A black belt in karate and tae kwon do, Dawood says her work challenges some of the gender stereotypes that afflict much of the Muslim community, particularly the assumption that martial arts is a male activity.

“It’s the way many women have become socialized, particularly in the South Asian community, which is my community. But why should my work be seen as exclusively masculine?”

Fatima Garsi, another lifelong martial artist, says she founded Sister Fit, a women’s health and fitness facility that provides weekly self-defence classes to all women, as a way to connect with the GTA’s Muslim community and encourage young women to lead healthier lives. 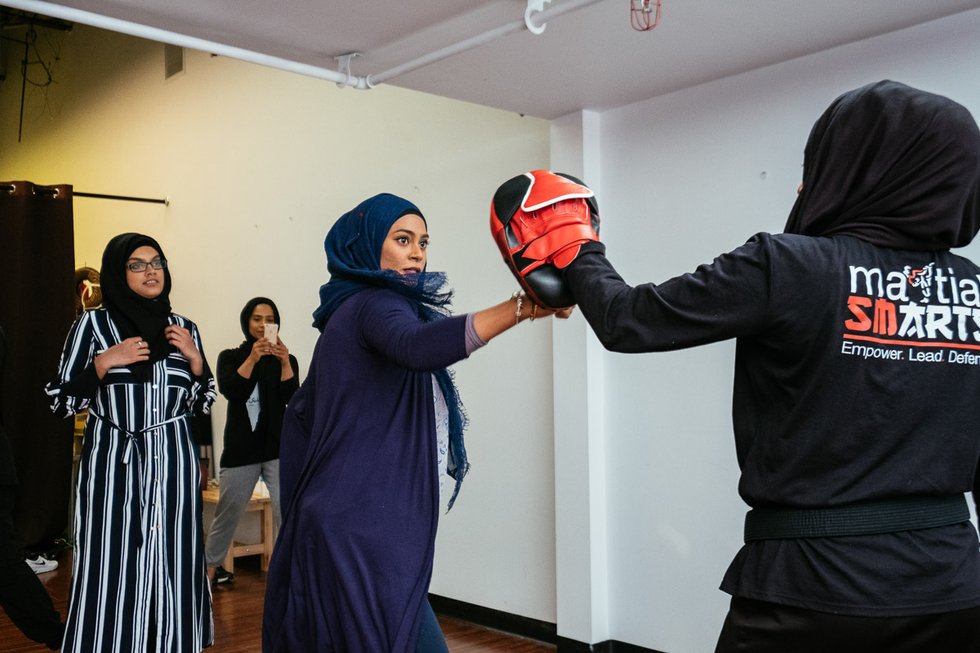 “There’s been more of a demand for workshops of late, but people shouldn’t think all they need are workshops,” Garsi says. “What’s the point of learning all these techniques if you’re not in shape?”

“It’s about taking really useful knowledge and spreading it to as many people as we can,” says Sarah Hussain, a 23-year-old community organizer and Alzheimer’s researcher who is training with Dawood to become an instructor.

“No one should have to live in fear,” says Hussain, who used to walk with car keys held between her fingers at night to protect herself. “People don’t see me as a Canadian or a student first, but as someone who wears the hijab, and it makes some people uncomfortable. This can lead them to mistrust or even feel threatened by me in some way, and I have to learn to protect myself.

“I hope no one has to be in a situation where they’re forced to use the self-defence techniques they’ve learned, but it’s important for women to feel confident and empowered.”