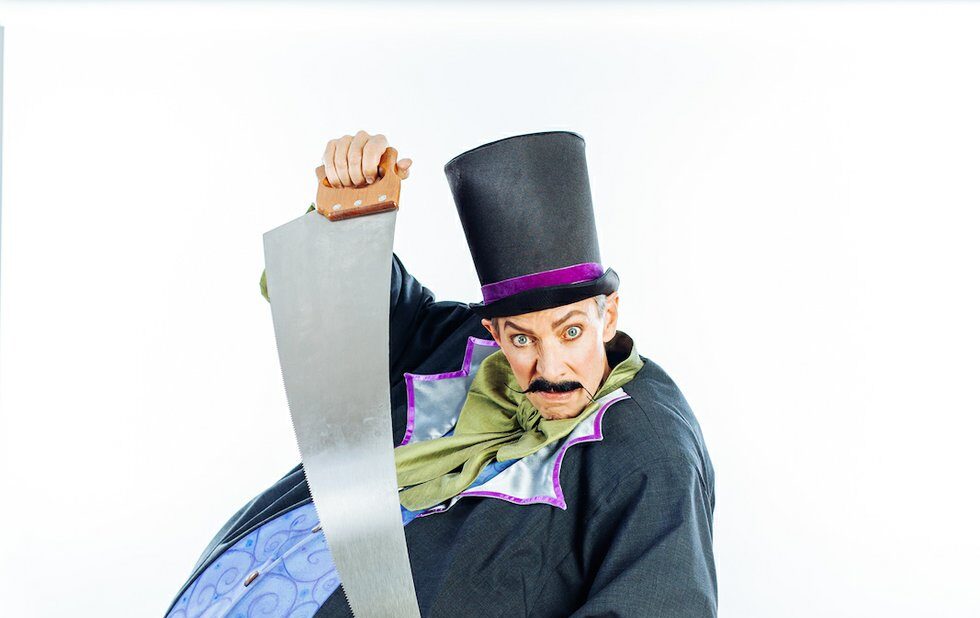 When veteran puppeteer and voice actor Frank Meschkuleit takes to the stage dressed as an absurdly portly German-accented magician, and begins telling jokes, the burning question is Where are the puppets?

Without ruining the big, magical reveal, his puppet house and tiny creatures are both intricate eye candy and impressive feats of engineering. Together, they offer up a diverse array of hilarious skits including a very funny rewrite of Bob Marleys Jammin (Im German), a fresh take on zombie body problems and a marionette version of Stephen Hawking who throws down an epic, physics-themed rap jam.

Another puppet bit makes a funny reference Meschkuleits past work with the Muppets. Its a grab bag of unpredictable and consistently entertaining humour (peppered with German-themed jokes) that ends on a sweet, and touching note.