My bike bell ticket from hell 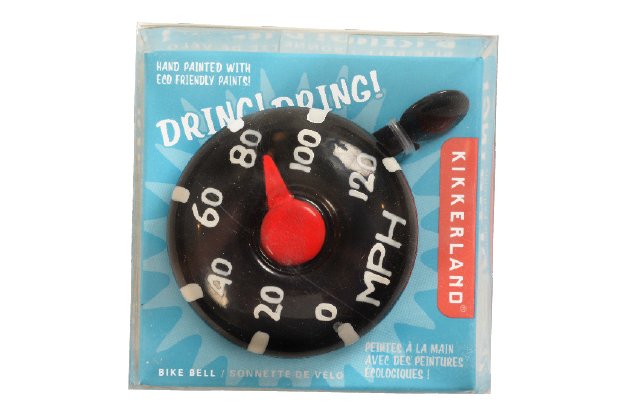 It was one of the first warm days of the year when I unearthed my bike from its winter storage for a ride. Although I don’t remember my ultimate destination, I do remember the police pulling me over. I’d been caught without a bike bell.

It felt like a real $110 bummer until one of the officers explained I had another option – I could buy a bell and prove it to the court.

I immediately rode to Kensington Market and bought a bell, a pink plaid number. I couldn’t wait to show it off, receipt and all, to a judge, but months of silence from the court turned into years, and I forgot about the ticket.

It wasn’t until five years later, in January of this year, that I learned my bike bell ticket had come back from the dead. That’s when a representative of a collection agency called to inform me that my fine from 2010 was still outstanding.

Bewildered, I called the Ontario Court. The person who picked up explained that their records show I’d failed to appear for a court date in 2011 and was convicted in absentia.

And it gets worse. Because I’d subsequently defaulted on my fine, I not only had demerit points on my driver’s licence, but my licence had been suspended. He said I owed $185, and if I intended to do anything other than pay the fine, I’d have to show up at the court services office in person. I told him I’d never received notice to appear in court in 2011 and now live in the Northwest Territories. He made it clear that I’d have to make the 5,000-kilometre trip to Toronto if I wanted to rectify this misunderstanding.

I paid the fine but was still curious to know how a bike bell ticket could result in demerit points and a suspended driver’s licence, how I could be held responsible for the court’s failure to contact me, and, of course, how it may all affect my credit rating.

So I filed a complaint, and that’s when things really got weird.

The woman who dealt with my complaint confirmed that the Ontario Court could suspend a person’s driver’s licence and tack on demerit points for defaulting on a bike bell fine.

She also told me that police often say inaccurate things to people they ticket so they’ll accept the fine and move on.

Describing the court system as “prehistoric,” she explained that up until last month, administrators had only one way to get in touch with people: through Canada Post. Only in the past month has the court begun to collect phone numbers and email addresses.

That said, she assured me that an Ontario Court ticket would follow me to my grave. She said her office is still busy collecting fines dating back to the 1970s!

She did promise to start the process of removing my demerit points as soon as she confirmed that I earned them while operating a bicycle as opposed to driving a vehicle, so that’s something.

I should have been more pro-active about keeping the courts up to date on my mailing address. If I could turn back time….

I still don’t understand how the justice system is a just system if even its representatives admit they’re stuck in prehistory and officers will embellish the facts to get people to accept fines, without giving that person a chance to rectify the situation in the case of a misunderstanding.

I suppose I’ll never get an answer to those questions, but at least I can pass on my story as a word of warning. Boys and girls, if you get a bike bell fine, just pay it.