My call from a former hunger striker inside the Lindsay Superjail 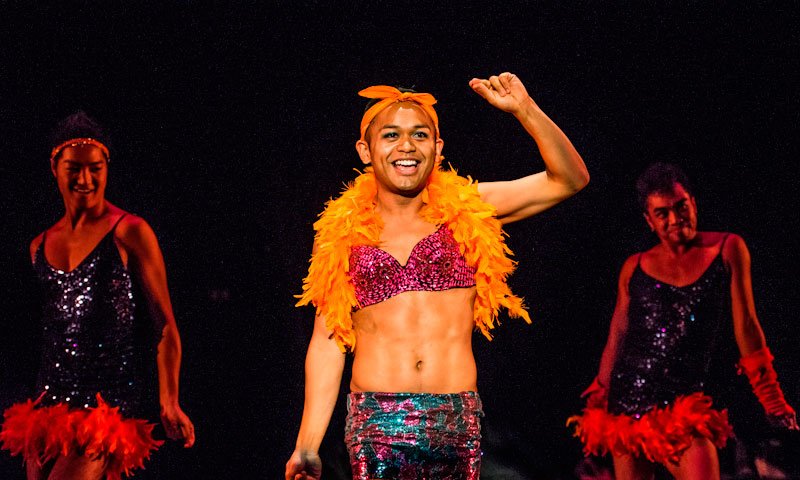 In recent months I’ve been receiving collect calls from a man who’s being held at the Central East Correctional Centre, also known as the Lindsay Superjail. He’s one of about 200 immigration detainees who began hunger strikes at the jail in September 2013 to protest lengthy detentions and seemingly endless immigration hearings. More than a year later, many of them are still in a maximum-security purgatory that sounds like hell on earth.

The Canada Border Services Agency (CBSA) detains migrants who lack permanent immigration status. The agency says many are a public threat or might go into hiding unless they are locked up. Some of the detained are eventually deported to their home countries. Others cannot be sent back because their lives would be in danger, yet the government offers them no pathway to permanent status, even those who worked and paid taxes in Canada for years.

The caller, whom we’ll call DH (he doesn’t want his real name published because he fears reprisals) immigrated to Canada from the Middle East more than 15 years ago. He was accepted here on a work permit in the service industry and moved to a city in Ontario.

DH was preparing to apply for permanent residency in 2013 when immigration officials told him his permit was no longer valid. He was married to a Canadian citizen at the time and had never been required to renew his permit, when local police abruptly showed up at his door.

“They came and picked me up. They said, ‘There’s a warrant for you, for being out of status.’ They locked me in [and] refused to give me legal aid.”

(While Legal Aid Ontario could not comment specifically on DH’s situation, spokesperson Genevieve Oger says that access to aid depends upon an individual’s income as well as the merits of a case, or likelihood of a positive outcome.)

DH told me he had simply been working and paying taxes. He also proudly stated to me that he has never collected welfare, EI or even been eligible for provincial health benefits. “I’ve managed to live all my life on my own income,” he says.

That was 16 months ago. He spends most of his time with another inmate inside a small cell with a steel door, reading and writing. His meals are shoved though the door.

“They say, ‘We don’t have enough staff,’ so you’re locked up sometimes three days [in a row].” Sometimes he’s let out of the cell for an hour and 45 minutes in a 24-hour period.

DH’s only other human interactions are his monthly immigration hearings with officials from the Immigration and Refugee Board, who meet with him via Skype. They ask the same questions every time and offer no explanation for his indefinite incarceration.

“Everyone says, ‘It’s not my fault. I’m not the one who detained you and keeps you here.'”

It’s a familiar game that leaves detainees with only two choices: wait out the process or risk being sent back.

DH says his immigration status doesn’t warrant such treatment. When I ask if he’s confined with men convicted of violence and even murder, he becomes animated. “I swear to god, there’s some killers here.”

He says jail officials use intimidation tactics. One night during the hunger strike – DH drank only water for two weeks – he says guards came to his cell, handcuffed him and took him to “the hole,” solitary confinement.

He was told he was being placed there so a nurse could better monitor his health. “They said, ‘You might die in a few days, so we’ll take you to the hospital to die.'” DH says he started eating right after that. I can hear him crying over the phone.

He reports that some detainees are coerced into signing deportation documents.

“They talk to people here, playing psychology, like ‘You are never going to get out of here no matter what you do.'” According to DH, immigration officials offered to help him access legal aid in exchange for signing travel documents that would allow him to be deported. He refused.

Opposition NDP MP Andrew Cash says he’s very concerned about what he describes as a “tangled and distorted” immigration system. He disputes that many of the Lindsay detainees need to be in jail at all.

“Individuals who don’t pose a threat to public safety absolutely should not be detained indefinitely,” says Cash, although he stops short of suggesting a maximum period for detentions. Many countries, including the United States, have a 90-day limit.

Cash cites a recent Red Cross report that notes that detention is particularly harmful to “refugee claimants who have experienced armed conflict, torture and other traumatic experiences.” He says the government is exploiting the incarceration of such migrants for strictly political purposes. “The society we believe in is one that has compassion for the most marginalized,” says Cash.

The immigration system, however, seems an intentional revolving door that allows the government to bring in labourers who will never be granted permanent status. In this context, CBSA’s detention and deportation of migrants, particularly those whose presumed crime is simply that they lack permanent status, seems intended to maintain a sense of fear and remind migrant workers of the precariousness of their situation.

A representative of CBSA insists in an email response to my questions that detention of migrants “is applied as a last resort.” CBSA says it detains non-citizens who are “considered to be a danger to the public” or who are “unlikely to appear for examination, an admissibility hearing or removal from Canada.”

These criteria give the agency the latitude to detain migrants like DH who have no criminal record.

CBSA jails “higher-risk” detainees. The agency argues that “detention is an effective enforcement tool against those who seek to circumvent immigration processes and is preventive, not punitive.”

According to 2013 CBSA figures, the agency spends an average of $239 a day to keep a detainee in prison. Those like DH who were once working and paying taxes are now costing taxpayers millions each year. And as they languish, they experience trauma, health problems and isolation from family and friends.

Immigration lawyer Macdonald Scott, who’s represented some of the men in the Lindsay superjail, says the government is deporting people without giving them proper access to legal representation.

Scott says the feds have even revoked migrants’ refugee status in order to deport them, and that the list of countries to which removal is prohibited is constantly changing.

“What if they are actually in danger?” Scott asks of the many migrants who come from conflict zones. “Those lawful processes are there because CBSA often makes mistakes and removes people to places they shouldn’t be removed to.”

Scott believes somewhere between half and two-thirds of the 200 migrants who went on hunger strike have since been deported, but confesses that “it’s pretty hard to keep track of them. I know of at least 15 who have been released.”

A group called the End Immigration Detention Network, which consists of dozens of provincial and local community and legal groups, is demanding that the government release all migrants who have been held longer than 90 days, end maximum security detentions and overhaul the adjudication process that currently keeps migrants in a perpetual legal limbo.

Through limited contact with advocacy groups like No One Is Illegal, DH and others have heard about public demonstrations and advocacy on their behalf.

But DH says he’s disappointed that on the rare occasions he’s able to watch the news, he never hears concerned Canadians speaking out on the situation. “I would like the Canadian public to speak up. If I commit a crime, I believe there’s a punishment for everything we do. But if you don’t deserve to be in jail…. Super-maximum jail for someone like me?”

DH is still waiting for a lifeline and keeping faith that the public will question detentions like his. During our most recent conversation, he reassures me, “I still love the Canadian people.”    3