My pilgrimage to a death camp 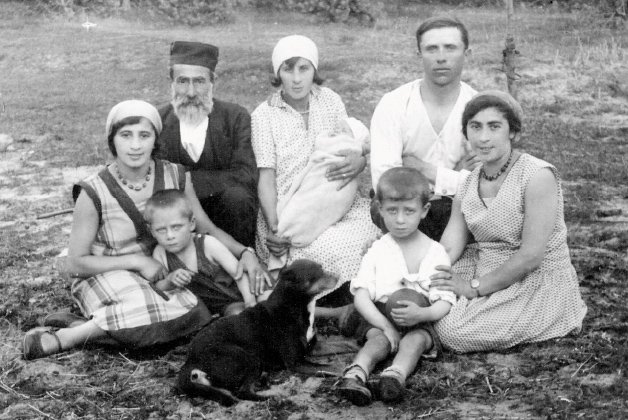 It’s a place I was afraid to visit. Even the trees, I was told, cry at Treblinka.

The death camp established by the Nazis during the Second World War in occupied Poland was the site of the murder of nearly 800,000 Jews, amongst them my half-brothers Sholom, 13, and Yitzchak, eight.

As Jews around the world remember the Holocaust on Monday (April 28), my thoughts are with my father’s family, all but him were murdered in the gas chambers at Treblinka.

A few years ago I travelled to Poland on business and finally decided to pay my respects.

Both boys lived with my father and his first wife, along with 750 other Jewish inhabitants, in the small Polish village of Bocki.

After the outbreak of the war, the Nazis gathered the Jews of Bocki in a small ghetto and, on November 11, 1942, began the liquidation of the region.

My father, as fate would have it, had slipped under the ghetto fence that evening with two other men to steal food for their families. He returned to the wailing of sirens and the barking of dogs. He was ensnared in the roundup and placed with other men in a separate cattle car heading to Treblinka. Not knowing the fate of his family, he jumped from the moving train and stole back into the now empty ghetto to find his family gone – on their way to death, on their way to Treblinka.

On a cold day in February 2007, I find myself in a car on a narrow, icy road once soaked with the blood of my father’s entire family: five brothers and sisters, his parents, cousins and his first wife and children.

Treblinka, about 100 kilometres east of Warsaw, is hard to find. Though my driver, Czarek, knows these roads well, he has difficulty locating the obscured turnoff leading to a twisting path into the forest. I am told this is the way the Nazis wanted it.

Unlike the other concentration camps, which were originally built as labour camps, Treblinka had only one function – to gas the Jews of eastern Poland.

One tiny sign at the foot of the path points the way past a small private house that’s been converted into the Muzeum Walki I Meczenstwa, Museum of Fighting and Martyrdom. Its one room holds pictures of Treblinka during the war, camp artifacts and panels explaining the layout of the area. The camp itself is a 1-kilometre walk along an untended trail.

The groundskeeper gives us a small map and sends us on our way. Czarek and I are the only visitors.

We begin our slow trek. To our left, single stone columns represent the now torn-up railway line that brought the cattle cars filled with Jews to slaughter.

At his trial, Franz Stangl, commandant of Treblinka, was asked how many people could be killed in one day.

“According to my estimation, a transport of 30 freight cars with 3,000 people was liquidated in three hours,” he declared, adding, “I have done nothing to anybody that was not my duty. My conscience is clear.”

As I sit on a small bench, a small ray of sunshine looks out tentatively from the grey sky as if God is sneaking a quick peek. I look up to see the monument erected in the middle of what was once the camp. It resembles one of Judaism’s most holy icons, Jerusalem’s Western Wall.

Eerily surrounding it as far as the eye can see are jagged stones pointing dagger-like accusing fingers heavenward. Each is inscribed with the name of a lost Polish Jewish community.

I walk toward the stone that memorializes my father’s village, and as the ray of sun slowly recedes back into the grey sky, I recite the Kaddish, the Jewish prayer for the dead. As is our custom, I place a small pebble upon the gravestone as a witness to the memory of the Jews of Bocki.

Bernie M. Farber is a writer and human rights advocate and former CEO of the Canadian Jewish Congress.