How my Friday ritual made me a Muslim feminist 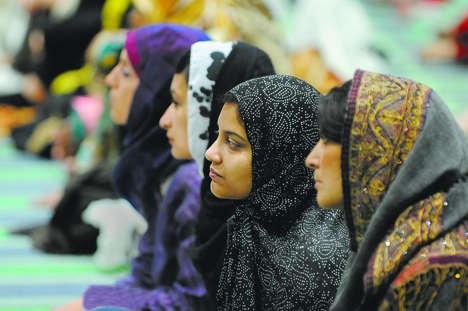 During the Ramadan of my final year at Marc Garneau Collegiate Institute – across the street from Valley Park Middle School, the scene of much media scrutiny last week – things suddenly changed.

Unlike Valley Park, Marc Garneau 10 years ago did not have on-site prayer spaces. Instead, come Friday, students who had the school’s permission would go the nearby mosque, about a 20-minute walk away.

Some of those students, as many have noted, didn’t always make it back to school – dictionary behaviour from teenagers on Friday afternoons.

According to Islamic custom, congregational Friday prayers are compulsory for men and recommended for women. That norm became informal community and school policy. A lack of interest from parents and teachers’ belief that women don’t have to pray meant few female students sought permission and none received it. Only male students went to Friday prayers.

One month in my final year, things were different. After requests from parents and students, the school agreed to let students pray on site during Ramadan, the month Muslims traditionally observe with intensified spiritual activity.

Previously we had to sneak into stairwells to pray surreptitiously. Now we had access during specified hours to an empty room where we could pray daily. Some prayed individually, others organized themselves into ad hoc congregations they led themselves. Since the room was in the school, no permission was needed, and as many female students used the room as male.

Those of us fasting that month were hungry. All of us were stressed. Yes, despite all this and a healthy serving of adolescent angst, an unmistakable current of celebration ran through the month. For the first time we had an opportunity to share with our non-Muslim friends a part of our daily activities that, until then, had been relegated to the realm of the alien and threatening.

As important was the fact that the school recognized Muslim women on the same terms as male Muslim students.

Women and men prayed separately in the rooms. In the furor over Valley Park, some commentators, including the allegedly progressive Muslim Canadian Congress, have argued that the board of education is perpetuating sexism by allowing these students prayer space. Yet returning to the old system would mean only male students prayed.

I remember that Ramadan as an important step toward my commitment to feminist politics. During those short weeks of communal prayer, I interacted with Muslim students who I wouldn’t otherwise have met. I saw that I was a member of a diverse community of intelligent, stubborn and brave women who were sensitive to the complexities and contradictions of their lives.

A decade later, I continue to take strength from these women as we mobilize to confront the many inequities in our lives.

I wonder now how I and the school might have grown had we all along had the chance to share openly in a process, without fear or paranoia, whereby students could decide for themselves how their prayers should be arranged. God knows, teenagers hate being told what to do. Trust that Muslim women hate it no less.