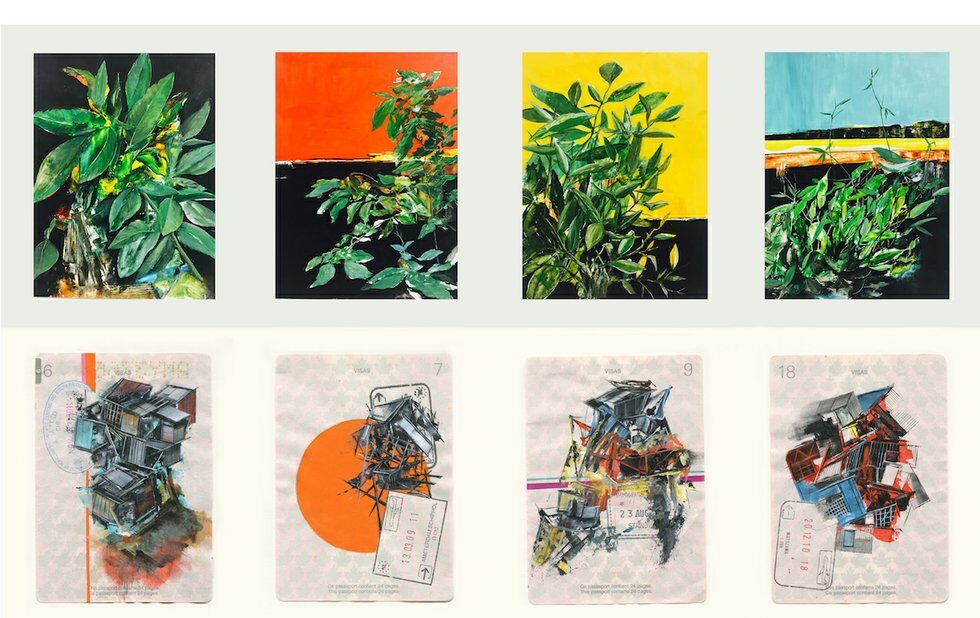 The 2018 Myseum Intersections festival has arrived with a lineup of projects and events that showcase how Toronto is delving deeper into discussions around issues of identity, community and gentrification. The theme of this year’s festival is “arrivals and departures,” and a number of the city’s creative artists and organizations have interpreted it in unique and surprising ways.

With a slate of over 20 exhibits, events or workshops, one of the goals of the festival is to highlight the varieties of ways we can experience our city and its many intersecting communities. For some projects, visitors may enter the same space but have completely different experiences based on a number of social and economic factors.

Convenience (March 1-15) is one such project. It looks at the “link between Asian immigrant life and local businesses,” says Belinda Kwan, one of two curators. “It had originally been proposed for a space that was gentrified and was once a convenience store.”

Kwan and her collaborator, Tak Pham, decided to expand the project through Myseum Intersections.

“We were interested in looking at not just convenience stores but seeing them as a point of departure for some of the nuanced implications between the notion of convenience and Asian immigrant life,” Kwan says.

Through a selection of works from Heidi Cho, Meera Sethi, Manny Trinh, Michael Veneracion, Xiaojing Yan and Shellie Zhang, the duo challenged ideas of what they describe as “model minority-ness” as well as ideas of belonging, passivity and perceptions of being convenient in terms of labour production and efficiency.

Pham explains that despite the Convenience project name, their project could also be seen as creating a certain amount of inconvenience specifically in relation to how we may perceive the Asian immigrant identity.

“I think the inconvenience that we’re trying to get at is in making the Asian identity here more complex by breaking it down to multiple levels,” he says. “At the same time, we’re making our exhibition space a platform for these artists to speak to their own communities as well. As curators, we’re trying not to speak for these artists on what Asianness is.” 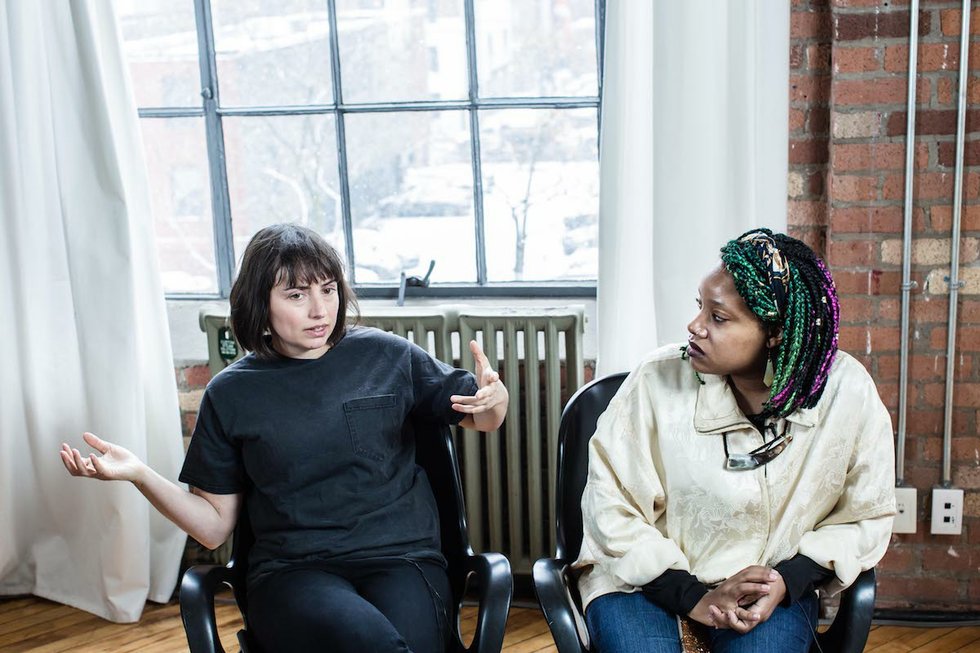 Gentrification often plays a large role in how immigrant communities experience a city like Toronto, as it has implications on who has a “right” to certain spaces and how those spaces change over time.

Whose Community? (March 17) is a full-day event that will take place at the Xpace Cultural Centre. Curated by Katie Kotler and Geneviève Wallen, it will feature a community resource-mapping session with Erin Howley of Sistering, Mercedes S. Zayas of Parkdale People’s Economy, Althea Balmes of Akin Collective and Sheila Sampath of The Public Studio.

“Yesterday we were speaking with someone from one of these organizations,” says Kotler, “and they were saying that often when communities are displaced from certain geographical locations, it’s the artists who scream the loudest about it, while there are actually much more vulnerable communities that are also being displaced.”

For Kotler and Wallen, who are both programming coordinators at Xpace, Whose Community? is an attempt to address that disconnect while offering visitors a look at some of the value judgments that might come along with the process of gentrification.

Gentrification might provide a nicer café or a bigger grocery store, “but at the same time it undervalues what was there before,” says Wallen. “There is a segregation of populations and you can see that in the urban design and the type of transportation services available.”

She explains that the process of gentrification takes under-served populations that are under greater surveillance than elsewhere, and replaces them with more a “desired demographic.”

“If there are positive things that come with gentrification,” she says, “they are not often for the original inhabitants – they are for the new ones.”

Torontonians can engage with these ongoing discussions until the end of March. See the roundup of programming below to plan your Myseum experience.

Myseum: Intersections at a Glance

A Place For Wholesome Amusement (Feb 26-May 22)

The Journeys Of The Copts And Their Artifacts (March 12-24)

The Journey, Not The Arrival, Matters (March 20)

From The Drum To The DJ And Beyond (March 24)