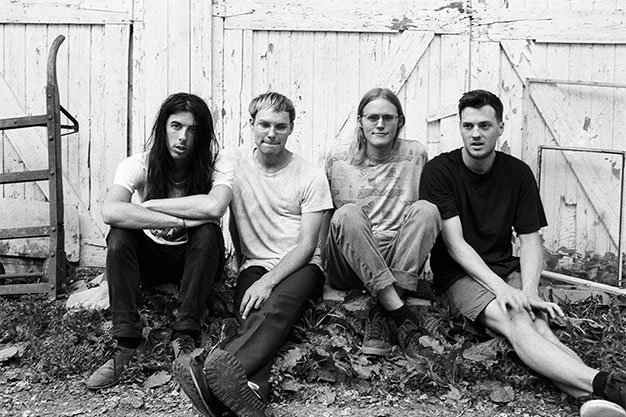 Most of us are painfully aware that killer records aren’t enough to make most musicians a living wage these days. Many of the best artistic minds of our generation work day jobs to support their creative pursuits, and that obligatory slog to pay the bills is often soul-destroying bullshit.

But that’s not the case for Nigel Chapman, singer/songwriter with Halifax’s Nap Eyes, who make art rock in the vein of Lou Reed, the Modern Lovers and Simply Saucer. Their 2015 debut album, Whine Of The Mystic, has just been reissued in Canada on You’ve Changed Records and elsewhere via Paradise of Bachelors.

In order to tour behind it and spread the word about its already completed 2016 follow-up, Chapman took time off from his work as a technician in a biochemistry lab at Dalhousie University, where he and a team of scientists are researching a G-protein-coupled receptor (GPCR) called the apelin receptor – work that could save lives.

“The apelin receptor is basically a cell surface protein. It straddles the surface of the cell, half of it inside and half outside,” Chapman explains from Boise, Idaho, where Nap Eyes just played a show. “It sort of serves as a communication bridge between the outside and inside environment and receives this little peptide hormone called apelin, which finds and activates the receptor. That receptor changes its shape, and then you get what’s called a signal cascade inside the cell, leading to various physiological effects.

“There are, like, more than 800 GPCRs- in humans, including the serotonin and dopamine receptors, and the apelin receptor is another example,” he continues. “It was discovered recently – people have been working on it for the past 20 years – and it’s interesting because it can impact blood vessel dilation and constriction. It can be useful in treating heart disease, so people are trying to understand how this apelin receptor works.”

Chapman’s science job affects his songwriting. Beyond the bookish, deadpan wit in his delivery and clever, observational lyrics, there’s enthusiasm and curiosity about human communication, spurred by the natural phenomena he’s constantly immersed in.

“If I can write songs that crystallize my appreciation for those things and kindle a sense of appreciation in others,” Chapman says, “that would be an ideal thing.”