Innovative musician never got the recognition he deserved 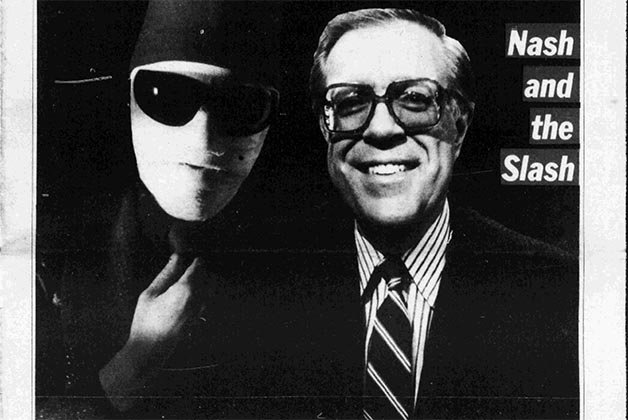 Nash the Slash, the Toronto-based musician who performed with his face covered in surgical tape, died last weekend.

Born Jeff Plewman, he first hit the stage behind his mask in 1979 in the wake of the Three Mile Island disaster, warning that terrible things can happen in the nuclear age.

Indie to the max, he founded one of Canada’s first indie labels (Cut-Throat Records), was one of the first to use a drum machine and sued Pepsi for appropriating his image. (He won but got no dough for his efforts.)

The violinist, mandolin player and vocalist created a complex blend of new wave, New Age and punk rock with the progressive rock trio FM in the 70s and later as a solo artist.

In 1998, he performed at Toronto’s Pride festival, announcing that he was gay.

When we talked to Nash for our cover story January 28, 1982 (see p. 7), he was in a bit of funk. He’d just left the UK, where he was seen more as a novelty act than a purveyor of innovative electronic music. He’d expected more attention after opening for the likes of Gary Numan and Iggy Pop and collaborating with Daniel Lanois.

But his brilliance and steely intellect was on full display as the hyper-articulate Nash discussed his music and its place in our city.