It's still called Greektown, but this east-side neighbourhood has seen massive change in recent years 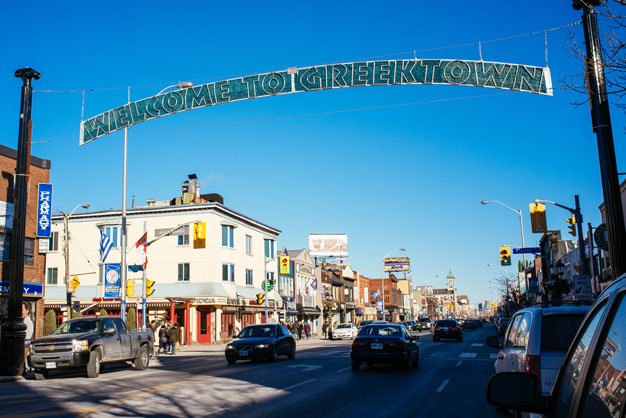 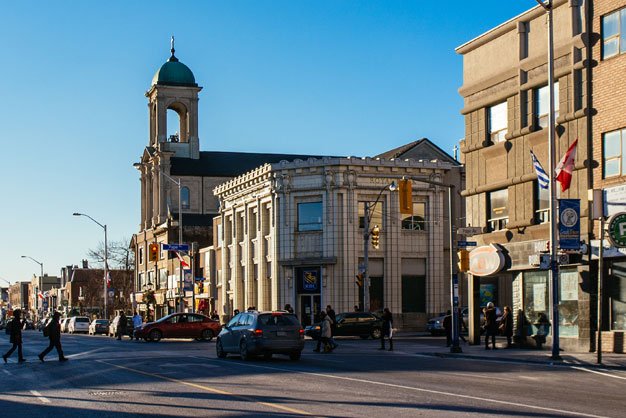 It’s still called Greektown: at the annual Taste Of The Danforth festival, the pungent smells of grilled souvlaki and tzatziki waft over the avenue. And if Greece wins a major soccer game, the neighbourhood goes nuts.

But there’s no question that the Danforth strip between Broadview and Jones has experienced massive change over the past decade.

American contractor Asa Danforth Jr was commissioned in 1799 to build a 160-kilometre road but only completed part of it (the area called Danforth Road). The avenue was built by the Don and Danforth Plank Road Company in 1851. For a long time there was no way to cross the Don River north of Gerrard, so the construction of the Bloor Viaduct (1918) gave the Danforth a mammoth boost. It was in the 50s that a wave of Greek and Italian immigrants moved in, with the Hellenic crowd defining the area.

But the vibe has changed dramatically: yummy mummies push their strollers into the cafés, house prices in Riverdale have skyrocketed and indie eco-boutiques and clothing shops – to say nothing of a whack of big box stores – are squeezing out the Greek mom-and-pop retail spots.

So shop, sip and spin – and then go snack on some of T.O.’s best Greek food. 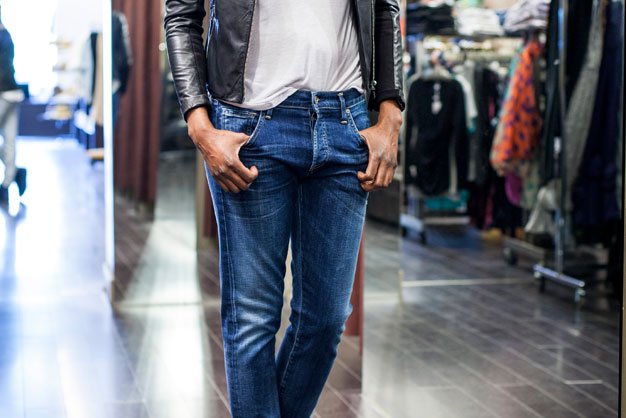 The Danforth is home to a roster of must-visit indie boutiques. For all your denim needs, check out Body Blue (199 Danforth, 416-778-7601, bodyblue.ca), which specializes in high-quality designer jeans from the likes of Citizens of Humanity, Paige and Nudie. Complete your look with knitwear from Canadian brand Line or a stylish Mackage jacket. Don’t hesitate to ask for help here – the staff are experts in trends and fit.

Eco freaks love Grassroots (372 Danforth, 416-466-2841, grassrootsstore.com). It sells everything from organic cotton bedding to natural cleaners and eco toys – pretty much your one-stop shop for making the planet a better place.

Speaking of our love of the earth, don’t forget the Big Carrot (348 Danforth, 416-466-2129, thebigcarrot.ca), the natural food store and source for supplements, body treatments and more. The deli counter’s all-vegetarian dishes are famous, and best of all, the Carrot’s worker-owned. 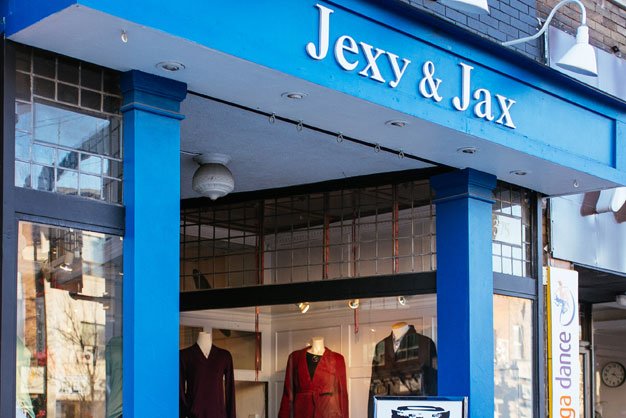 Brides can’t go wrong at one of the oldest bridal shops in Canada. Becker’s Bridal (387 Danforth, 416-463-6601, beckersbridals.com) has been here since 1944 and carries quality gowns at a variety of price points. 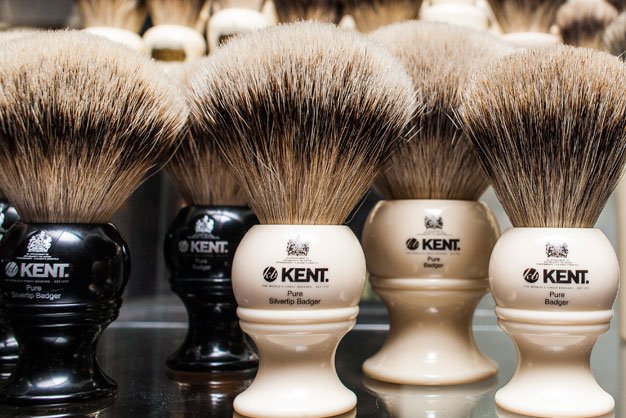 We’d be remiss not to mention MenEssentials (412 Danforth, 1-800-833-1055, menessentials.ca), one of the very best male-focused shops in the city. Explore their man cave full of grooming, shaving and skin care products – quite a few of which are Canadian. The staff are extremely knowledgeable, so you don’t have to be.

Women can head over to Sophia’s Lingerie (527 Danforth, 416-461-6113) to be expertly fitted for a bra or swimsuit. A little larger on top? Sophia’s carries a wide variety of sizes. It’s not the cheapest lingerie around, but you’ll notice a huge quality difference over buying your bra from the mall. 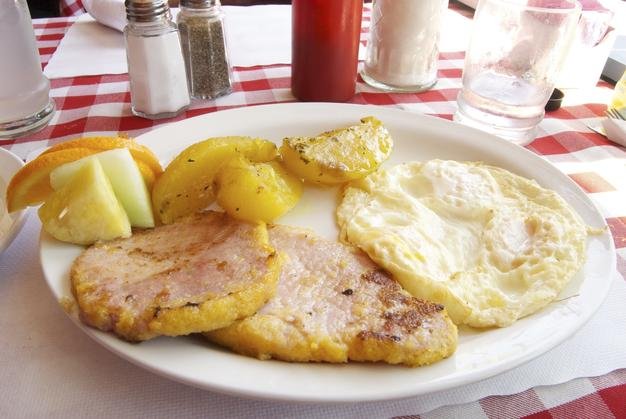 Start your day at the New York Cafe (757 Broadview, 416-778-4444, newyorkcafetoronto.wix.com/newyorkcafe), where the thick-cut peameal is a must-order. For an even greasier spoon, head to the Detroit Eatery (389 Danforth, 416-461-0136), which doubles as a Red Wings shrine. If your wallet’s feeling heavy, spring for the weekend brunch at the Globe Bistro (124 Danforth, 416-466-2000, globebistro.com) and enjoy a pork-belly Benedict on their rooftop patio, or come back later for seasonal dinner dishes like smoked trout and lobster salad. 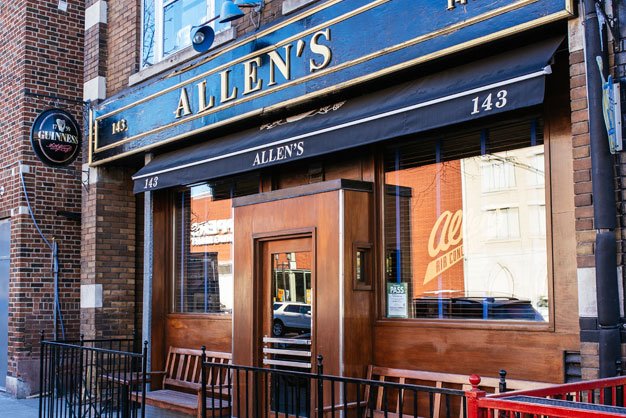 No less of a local institution (though it’s decidedly Irish, by way of New York) is Allen’s (143 Danforth, 416-463-3086, allens.to). The steak house is well-known for its gorgeous patio under a huge willow tree, but you can tap its lengthy whisky list and ethereal burgers all year round. 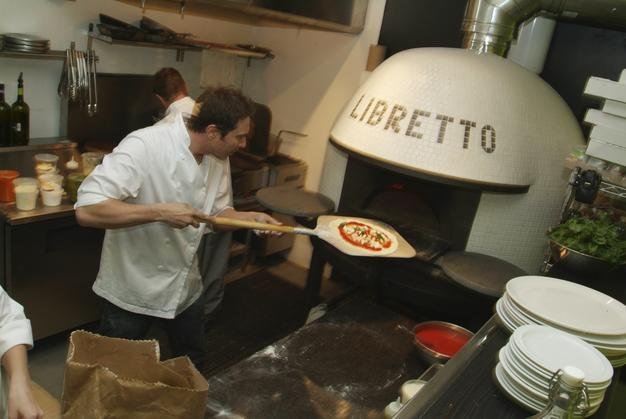 Off the Hook (749 Broadview, 416-465-4356, offthehookfishandchips.com) updates classic fish and chips with options like rainbow trout, duck poutine and mayo in every imaginable flavour. The Auld Spot (347 Danforth, 416-406-4688, auldspot.ca) does oyster nights and pub classics, including a killer mac and cheese. Those looking to make like Lady and the Tramp on date night can head to 7 Numbers (307 Danforth, 416-469-5183, sevennumbers.com) for Nonna-style eats, or grab thin-crust pies and cocktails at Pizzeria Libretto (550 Danforth, 416-466-0400, pizzerialibretto.com). 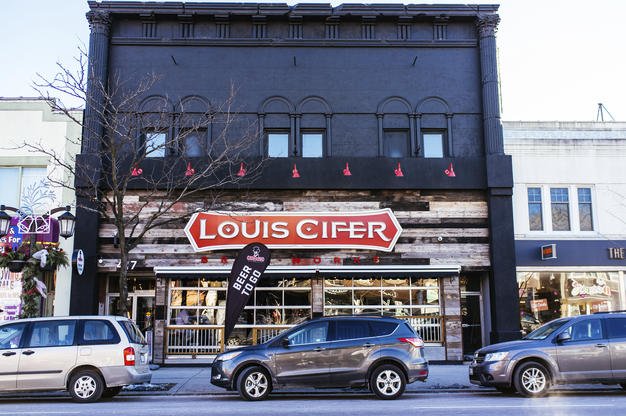 Beer fans will find lots of new brews to sample at Louis Cifer (417 Danforth, 647-350-5087, louisciferbrewworks.com), the neighbourhood’s resident brew pub. (Stop by the front desk to grab a growler for later.) The Old Nick (123 Danforth, 416-461-5546, oldnickpub.com) and Factory Girl (193 Danforth, 647-352-2799, factorygirlrestaurant.com) also offer robust craft beer selections and a party-ready vibe. If your pint is calling out for a smoked meat sandwich, try the Court Jester (681 Danforth, 416-465-6247, thecourtjesterpub.ca), where a new in-house deli counter serves up classic dishes.

Should you finally surface from one of those watering holes long after the lights have gone out in the rest of the neighbourhood, fear not: there’s always the gloriously greasy gyros at Alexandros (484 Danforth, 416-461-3073), open to 4 am. 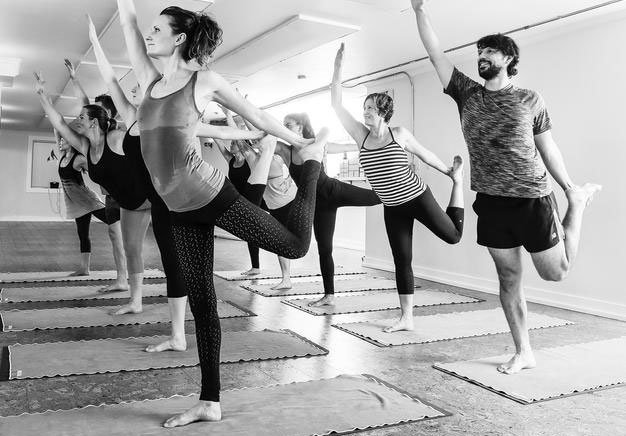 Where to work out

There’s no shortage of studios where you can get your Zen on, but our favourites are Moksha Yoga Danforth (372A Danforth, 416-778-7744, danforth.mokshayoga.ca) and the Yoga Sanctuary (95 Danforth, 416-461-6161, theyogasanctuary.net). Moksha specializes in hot yoga, with classes for experienced practitioners and newbies alike. The studio even uses renewable electricity and has “karma” campaigns that give back to charity. The Yoga Sanctuary offers a variety of classes at different levels and also a teacher training program. 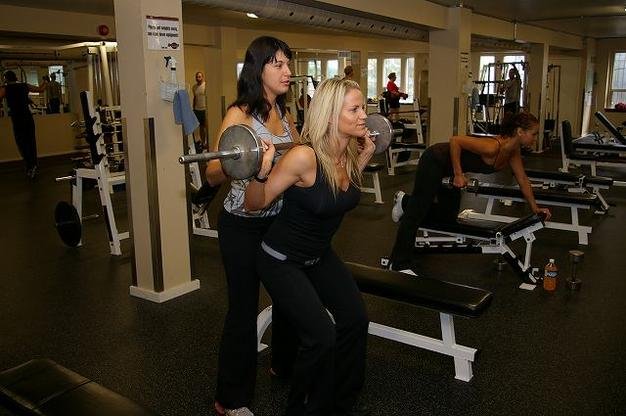 Riverdale Fitness (835 Danforth, 416-406-1944, riverdalefitness.ca) is a great gym minus the gimmicks you see elsewhere. It’s been around since 1949 and knows how to whip people into shape. Bonus: rates are super affordable, and you can get a no-commitment membership that you can pay monthly and cancel anytime.