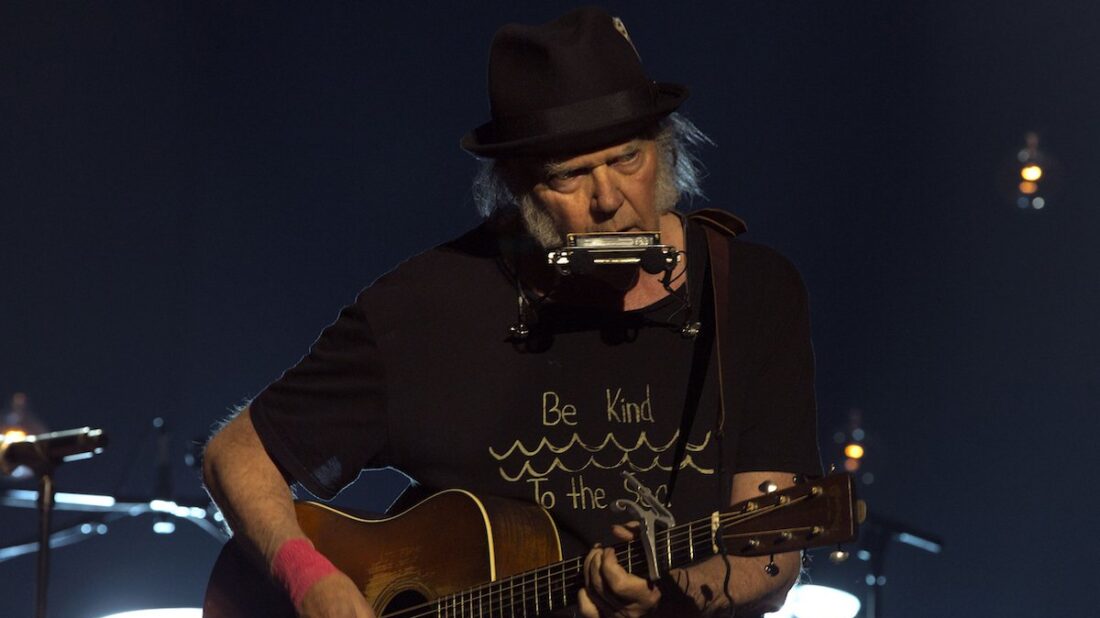 Neil Young’s 37th studio album, Peace Trail, does a good job of confusing and bewildering listeners with its barely realized songs. Most of it meanders through half-baked ideas, offering jarring experiences of disappointment or astonishment. The gimmicky A.I. voice employed to fizzle out closing track My New Robot – which also drops the lines “My life has been so lucky, the package has arrived / I got my new robot from amazon.com” – should come as a shock, but by the time you get there, you’re numb to cheesiness.

The 10-song effort was written and recorded after the release of Earth in June, and, no surprise, just one tune, the title track, sounds finished. The hopeful acoustic number is dark and ramshackle, punctuated by snarling guitar, organ and Young’s own Auto-Tuned backup vocals. While the record is partly inspired by his environmental activism and humanitarian concerns, it lacks palpable emotion, falling flat in its protest-adjacent efforts.

Terrorist Suicide Hang Gliders has a promising country-hued start but devolves into mimicking the rhetoric of an anti-immigrationist. My Pledge is muddled by competing tracks of Young singing and talking simultaneously. The folksy John Oaks is a rambling, unimaginative slog. Elsewhere, things get mind-boggling, especially on the terrible Texas Rangers, a thin-sounding, rhythmically bouncy train wreck that’s almost painful to listen to.

Now and then you get a glimpse of ideas that could’ve made the album more powerful if they’d been further explored. Young’s vicious guitar squalls, when they appear, are always deeply welcome, as are the screaming harmonica blasts. But the songs are so spiritless and phoned-in that those moments are too little, too late.