Neil Young + Promise of the Real 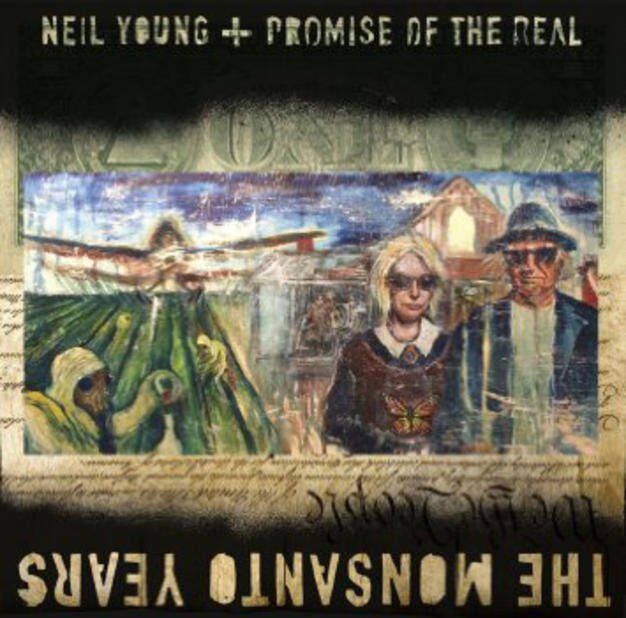 Neil Young + Promise of the Real – The Monsanto Years

For an undisguised, heavy-handed topical Neil Young record, The Monsanto Years is actually engaging and mostly effective. Maybe because outspoken satire like, say, his Rockin’ In The Free World, has been widely misinterpreted and co-opted by the kind of villains it was lashing out against (Fuck you, Donald Trump. Fuck. You.), Young has dispensed with artful mystery and just sings the things he means as directly as possible.

Since 2005’s Prairie Wind, it’s become clear he’s a thousand years away from being the Laurel Canyon laureate of his prime if Young wrote The Needle And the Damage Done today, he’d title it Smack Killed My Friend And It Sucks So Don’t Do Smack Everybody.

Here, he riffs on insipid 24-hour news sound bites, Mitt Romney gaffes and Starbucks’ alignment with Monsanto to impede GMO labelling on food products. What makes all this compelling is Young’s backup band: Willie Nelson’s kids, Micah and Lukas, of Promise of the Real. They charge and shake things up (Wolf Moon is eerily On The Beach-y) and keep Uncle Neil’s righteous gripes fresh.