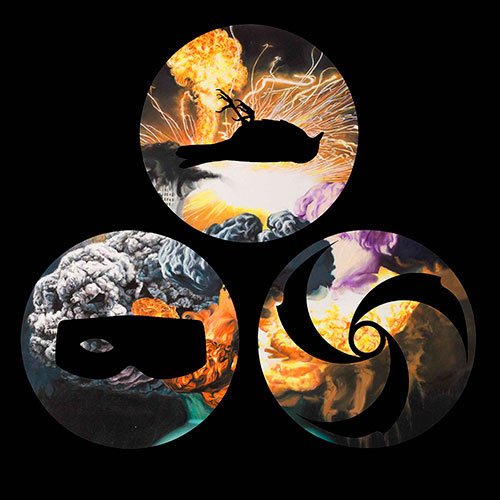 Tunde Adebimpe, Doseone and Mike Patton get together to make a record, and one of the ideas that stays on the “keepers” list is a sneering, industrial version of Who Stole The Cookie From The Cookie Jar? (during the bridge of At Your Service). What else do I need to say to convince you that all three musicians have done better work elsewhere? On Nevermen, Patton ransacks the corners of his cabinet of shock rock curiosities while Adebimpe tries to tether things with his unmistakable baritone and Doseone’s cranks the mids. It all adds up to a whole that’s somehow less than the sum of its parts.

You already know if you need to hear this: you’re either an unreserved fan of one of these guys, or you’re in the market for an album that features lots of different wacky voices layered on top of clattering trip-hop. Otherwise, you can probably take a pass. These are three very accomplished musicians getting together for the fun of it, with no need of anyone’s approval. Therein lies the problem.