NOW MagazineNewsNew Chefs on the Block

New Chefs on the Block 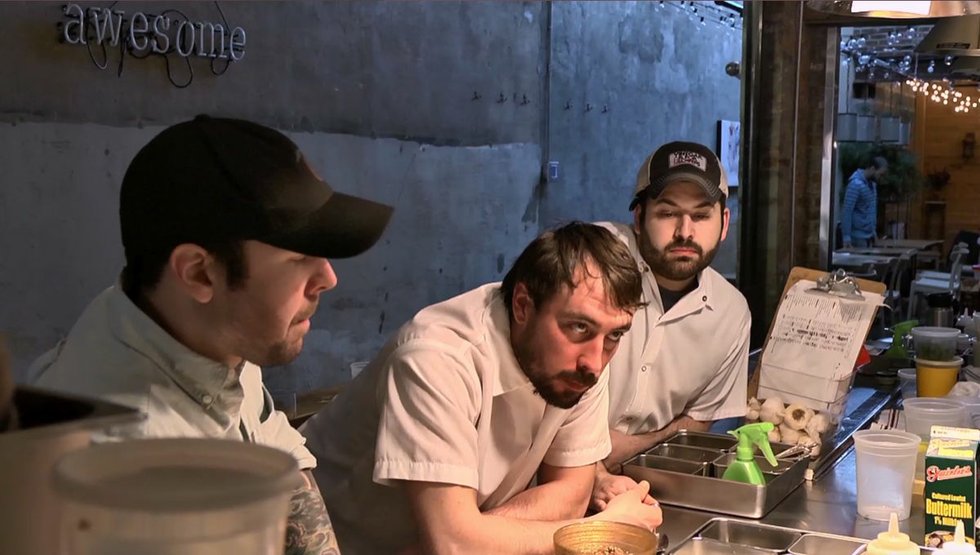 Within a few minutes of meeting titular DC-based restaurateurs Aaron Silverman of Rose’s Luxury and Frank Linn of Frankly… Pizza, we watch the glow drain from their once-shining faces as they realize their passion projects will open months past deadline and hundreds of thousands over budget.

That struggle – along with the ensuing kitchen chaos, fickle and persnickety diners and knife-edge profit margins – won’t shock viewers familiar with the food industry and its famously high failure rate. But layman viewers, granted a front-row seat to the blood, sweat and tears that make up their dinner, will likely think twice before leaving their next nasty Yelp review.

The grind through thankless early months with Linn and Silverman makes up the least fun part of the flick, but it sets up stakes that make the payoffs – everything from tiny moments of behind-the-scenes levity to success-cementing milestones – in this underdog story that much sweeter.