New Country Rehab and Devin Cuddy at the Dakota 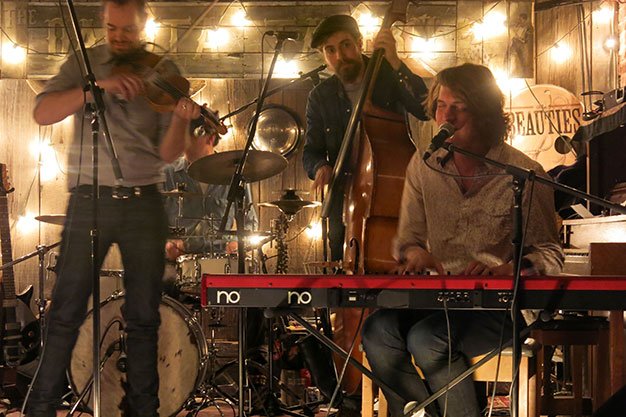 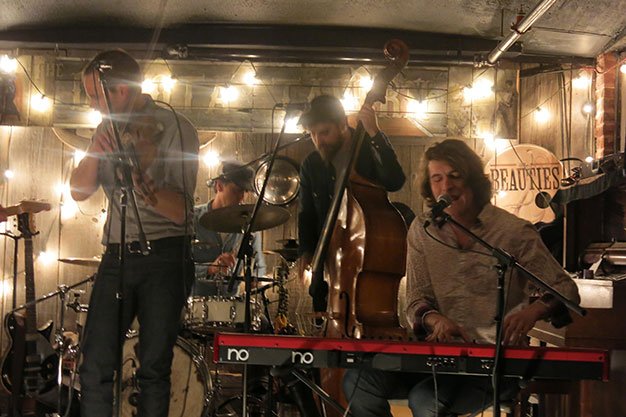 New Country Rehab warmed a cool, toqued crowd at the Dakota (it was hard to keep the frigid air out) with two dinnertime sets, the second of which featured piano man Devin Cuddy singing Randy Newman songs and some of his own tunes, while also sitting in on NCR material.

It was a quiet start to the first show of NCR’s January Dakota residency. Every Wednesday a guest will join them to play songs by someone else: Oh Susanna sings the Rolling Stones on January 14, Simone Schmidt sings George Jones on January 21 and Old Man Luedecke sings Loudon Wainwright III on January 28.

The Toronto four-piece have always played covers, so it wasn’t a surprise when Creedence Clearwater Revival’s Effigy made the set list, or when they pulled out obscure-ish Hank Williams tune Bucket’s Got A Hole In It. The band – which has a new guitarist, Mike Tuyp, and bassist, Alistair Whitehead – also used the show as an opportunity to try out new material, Blair Mountain Valley and a song about Pretty Boy Floyd.

The remaining original members, fiddler/lead singer John Showman and drummer Roman Tomé, have real synergy, singing and moving in tight unison. Over the course of the set the others gelled, too Tuyp’s guitar-playing shone during a bluegrassy, electrified solo in an instrumental song.

For the second set, Cuddy started solo with Newman’s It’s Money That I Love before being joined by NCR on his tune I Got A Girl. But it wasn’t until a cover of Fred Eaglesmith’s Katie, followed by NCR’s The Last Hand, that the music, especially the fiddle, took flight. Unexpectedly, only a handful of Newman songs were heard, making the night less a tribute to an artist and more of a collaborative sharing of influences between musician friends.