What you need to know, in point form 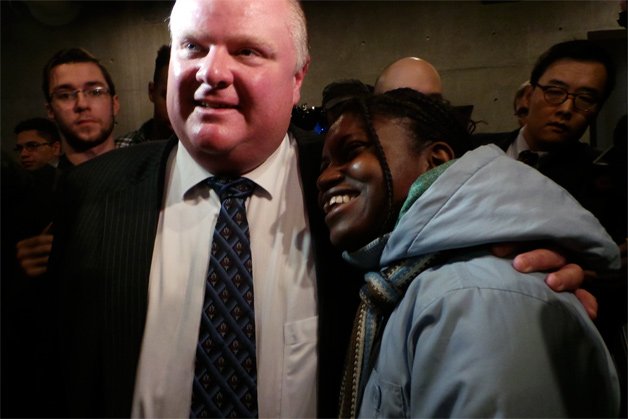 Another Wednesday, more court documents shedding light on the investigation into Mayor Rob Ford and his associates. (The contents have been sworn by a police officer before a judge but have not been proven in court.)

Here’s what you should know:

• The full document is here, and the new stuff starts on page 437.

• Ford’s friend, former driver and alleged dealer Alexander Lisi wouldn’t speak with investigators. But investigators found a second phone belonging to him (an LG flip phone, as opposed to the iPhone 4S that police already knew about) and are now seeking call records for that number.

• The laptop with the crack video was seized from Mohamed Siad’s residence during the June 13th Project Traveller raids, but police didn’t get around to examining it until October 29th.

• Detective John Menard, who heads up the Technological Crimes Section of the Toronto Police’s Intelligence Division, “began the examination of the laptop computer and found some pictures of a firearm and the videos in relation to Mayor Ford.”

• Police think the first three of those videos were quick, aborted attempts to record the mayor smoking crack. None of them show anything.

• IMG_0312.mov is the infamous video of the mayor “consuming what appears to be a narcotic.” Police don’t go so far as to state what they believe that narcotic to be but do describe in detail the mayor lighting, and then inhaling vapours from, a “glass cylinder.” It was recorded at 7:57 pm on February 17th, 2013 (the Sunday of Family Day weekend).

• Police don’t describe what was said in the video (e.g., the reported racist and homophobic remarks) but do say they believe that the off-camera voice taunting Ford belongs to Elena Basso, one of the residents of 15 Windsor where it was taken.

• The fifth video, recorded 20 minutes later, is Siad filming himself talking into the camera and offering tips on how to surreptitiously capture people on video. He says that, doing this, you could “even catch a mayor smoking crack.”

• In an interview with police, Fabio Basso (Elena’s brother and another resident of 15 Windsor) says that he’s seen the mayor drunk at his house but never smoking crack. He also says his brother Enzo works at the the Ford family company, Deco Labels and Tags.

• Fabio Basso described the man who broke into his house to beat him and his girlfriend with an extendable baton as a “black guy” named Tony. This occurred on Tuesday, May 21st, at 10:50 pm – five days after the first reports of the crack video.

• Police offered to show Rob Ford the crack video if he’d come in to speak with them. (They stipulated, however, that he wouldn’t be allowed to comment on it or discuss its contents with anyone.) The mayor, through his lawyer, declined.

• Police are seeking telephone records for Ford Lisi former Ford staffers David Price and Tom Beyer Mohamed Farah, Mohamed Siad, and Liban Siyad, who had roles in the sale of the video and Siad’s sister Najma Siad, whom police believe had custody of the iPhone on which it was stored.

• Investigators state what we’d all inferred. Some of Ford and Lisi’s frequent “communications and meetings have been indicative to that of drug trafficking.”