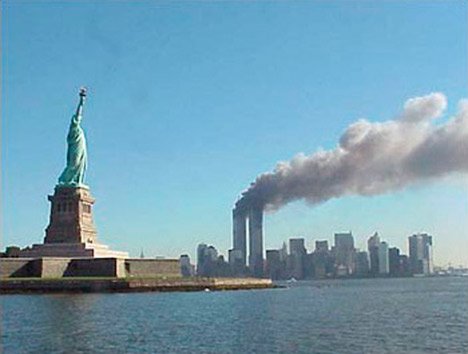 1. September 2001 | Who can forget the first radio and TV reports, the images of smouldering towers hit by hijacked passenger jets, the family members with photos of the “missing,” the sense of the end of the world as we know it? In the Big Smoke, thousands wandered into the streets in a daze, joining impromptu vigils worldwide in a public display not seen here since the FLQ crisis. The U.S. would invade Afghanistan a month later and Iraq in March 2003. The memory of the victims of 9/11 would get lost in the fog of war. 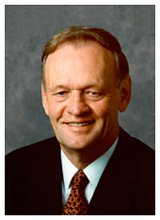 2. March 2003 | After months of the largest peace outpouring this city’s ever seen over a war that hadn’t even begun, prime minister Jean Chretien put his foot down and refuses to join the U.S. invasion of Iraq. His stated reason was that Washington didn’t win UN authorization, but, hey, what’s a poll-perusing PM do? There were T.O. prayer vigils, die-ins and massive street actions, some 35,000 braving -25°C christened the new Yonge-Dundas Square. 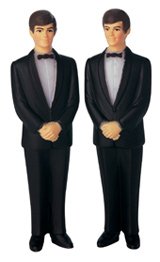 3. July 2003 | The province’s limitation of marriage to hetero couples is ruled a violation of the Charter Of Rights And Freedoms. Toronto announces the availability of marriage licences. Some 362 same-sex licences are issued in the first five days. The Michaels (Leshner and Stark) are the first couple through the gate. The landmark takedown put Toronto on the map, with U.S. couples coming over the border in droves to make their unions official. Paul Martin sealed the deal with the Civil Marriage Act in 2005. 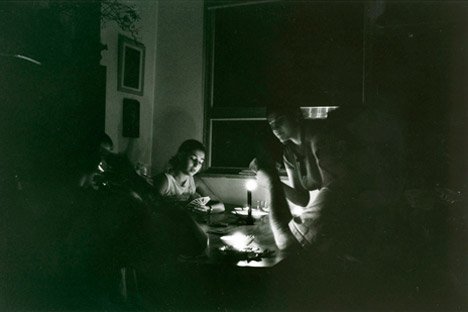 4. August 2003 | A power plant goes down in Ohio and suddenly we were all unplugged. In Canada’s financial capital, a joyous communalism bubbles over: residents take over traffic direction, checked on elderly neighbours, filled parks with guitar and song fests, shared fast-defrosting eats and gathered in excited candlelit parties. In the shadows, we got a flash of insight: we could do things differently, greener, cleaner, more mindfully. For starters, what’s with this over-dependence on a massive grid? Years later, we’re drenched in nostalgia and can’t let an anniversary go by without celebrating that one night of enlightened darkness.

5. November 2003 | We all heaved a sigh of city-lovin’ relief when David Miller won the mayoralty and rescued moose-infested T.O. from Mel Lastman’s regime of hype and rule by brunch buddies. Miller raised a broom and vowed to “clean up Toronto” and ditch plans for an Island Airport bridge. His biggest accomplishments, though, have been as a bridge builder, planting the seeds for a building and cultural boom the likes of which has never been seen in this city. No other mayor has so deftly played the Toronto card with other, often hostile, levels of government, or articulated as inspiring a vision for Toronto that’s modern and green.

6. June 2006 | The newspapers say it was the day Toronto lost its innocence, but the arrest of the Toronto 18 over an alleged plot to blow up government targets and behead the PM proved just as much a test of our tolerance and a reflection on our failed multiculturalism. They were dubbed the Toronto 18, but most of the alleged plotters are from Mississauga, five of them minors under 18. The subtext – whole communities of visible minority youth living isolated in the burbs, far from the Canadian mainstream – got lost in the panic.

7. May 2007 | The shooting death of 15-year-old Jordan Manners at C.W. Jefferys in North York rocked a city that’d known the Summer of the Gun but not U.S.-style school violence. Both black and white shared in public outrage. All of a sudden, nobody’s kids were safe. One U.S. firm made plans to sell bulletproof backpacks. But the hoped-for watershed moment in black-community-police cooperation never happened. A panel set up later to investigate school safety paints a disturbing portrait of gangs and guns in schools in poor neighbourhoods. The resulting fallout prompts calls in the black community for black-focused schools.

8. October 2007 | New ground is broken in Regent Park. The largest social housing experiment in the country’s history gets a remake and condos are soon reaching into the sky where low-rise tenements once stood. Social scientists are at odds over the merits of turning a poor neighbourhood into a mixed one. The Park’s notorious grit is going, going… being replaced by condofication. The architects of the ambitious remake frame the need in compelling social terms: good social housing as long-term investment in health and education. Regent Park’s brave new future looks dreamy, at least on paper. 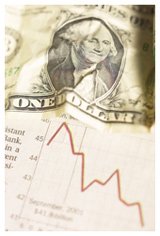 9. December 2008 | The TSX fell fast and hard, plunging an inconceivable 864 points, the largest since the Black Monday market crash of 1987. Right-wingers blamed talk of a coalition between the federal Libs, NDP and the Bloc. But the domino effect from the collapse of the U.S. economy was undeniable. Manufacturing jobs died on the assembly line by the tens of thousands in Ontario, where the domestic auto market is now only driving with government bailout training wheels. In Toronto, unemployment numbers hover around 10 per cent, while the feds pump stimulus funds and GDP gain hype. The housing market, meanwhile, seems to be heading for another low-mortgage-rate-fuelled bubble.

10. February 2009 | Ontario took a huge step toward expanding renewable energy and creating a strong domestic market, introducing the Green Energy Act. The hopeful vision of more turbines is so much closer to reality, thanks to the province taking cues from successful German policies. The act will also help homeowners create efficiencies. We’ve leapfrogged from aging manufacturer to eco innovator and world leader on industrial energy and climate protection.