Weeding out the dudes in suits: meet the new crop of players shaking up diversity in Canada’s cannabis industry 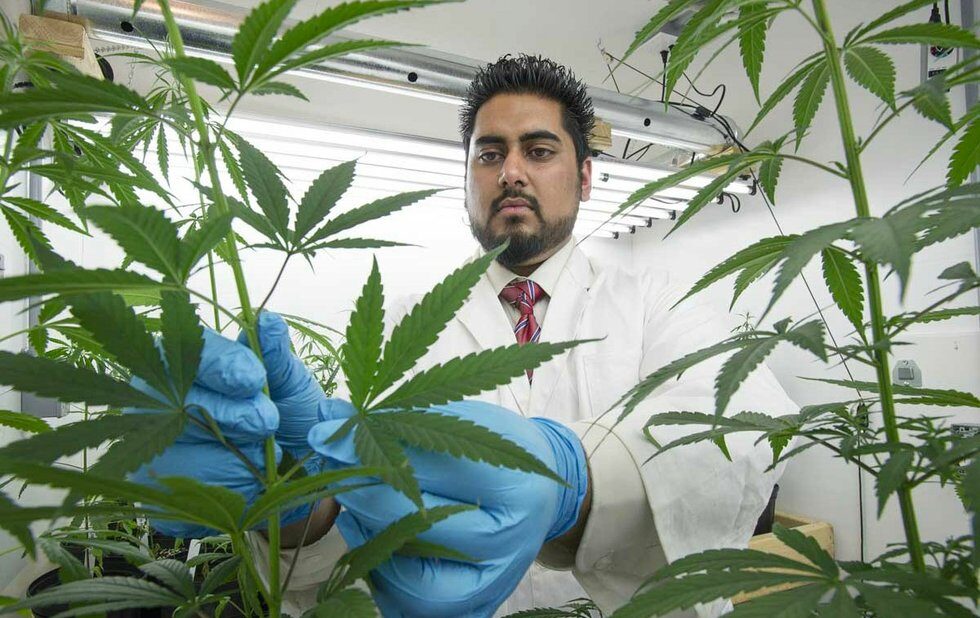 While women occupying the highest echelons of the cannabis industry have been making headlines Stateside, up here in the Great White North it’s dudes in suits with Bay Street connections who dominate.

A mere five per cent of board members of publicly traded weed companies in Canada are female.  That’s lower than even the most male-dominated blue chip companies on the TSX. Case in point: Seattle-based female led brand Van Der Pop, which launched in Canada early last year after being acquired by Tokyo Smoke, the “high design” cannabis retail chain owned by Doja, which has an all-male board of directors.

But there’s a new crop of movers and shakers trying to revolutionize the industry as we know it. They make up a growing number of the industry’s most diverse – and disruptive – players.

WHO Steve Naraine (pictured above), founder and chief science officer at CannaVida SAS, a Colombia-based manufacturer of cannabis oil extracts

THE DOPE Holding a masters in molecular science from Ryerson University, Naraine is one of the original employees at Tweed and has worked as a consultant for various governments as they draw up cannabis regulations, including on issues of exportation and cultivation.

BUD BONA FIDES Naraine hopes to create more affordable products for medical marijuana patients. While Canadian licensed producers’ stocks are flying high, few are able to keep up with demand and maintain affordability given the costs of growing in a northern climate and a highly regulated market. Naraine says the promise of imported oil is the solution for Canada’s supply gap and will help licensed producers create cheaper products for patients.

“I’m proud to participate in a nascent industry that has the potential to reflect the diversity that is Toronto in 2018.” 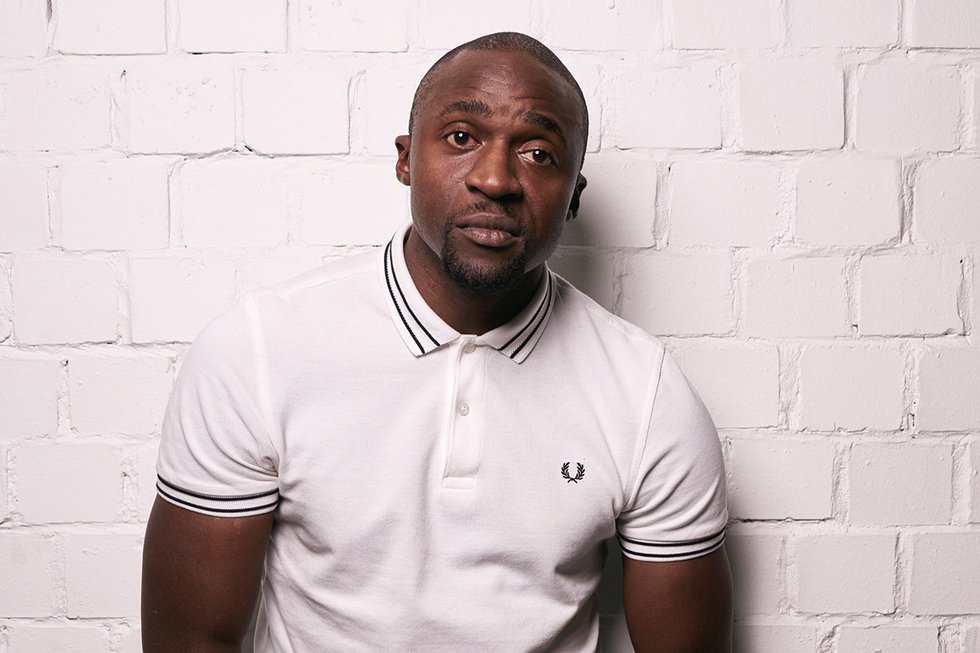 THE DOPE A voice of reason in a sea of constant change.

BUD BONA FIDES In California, Oakland has the Equity Permit Program to give victims of the war on drugs a leg-up in the legal weed industry. Manitoba’s retail cannabis plan is offering incentives to organizations working alongside Indigenous communities in developing weed business opportunities. But there still remains little in the way of helping minority communities in other provinces. James is aiming to change that. Eden has recently been forced to close in Toronto in the face of ongoing police raids, but James remains committed to helping minority communities participate in pot by working alongside best practices dispensaries to launch the Sensible Ontario campaign for private cannabis storefronts and lounges in the run up to the provincial election.

WORD UP “For decades, those more likely to be arrested for cannabis offences are people of colour, which has been a hindrance to us being willing and able to participate in the legal cannabis sector.” 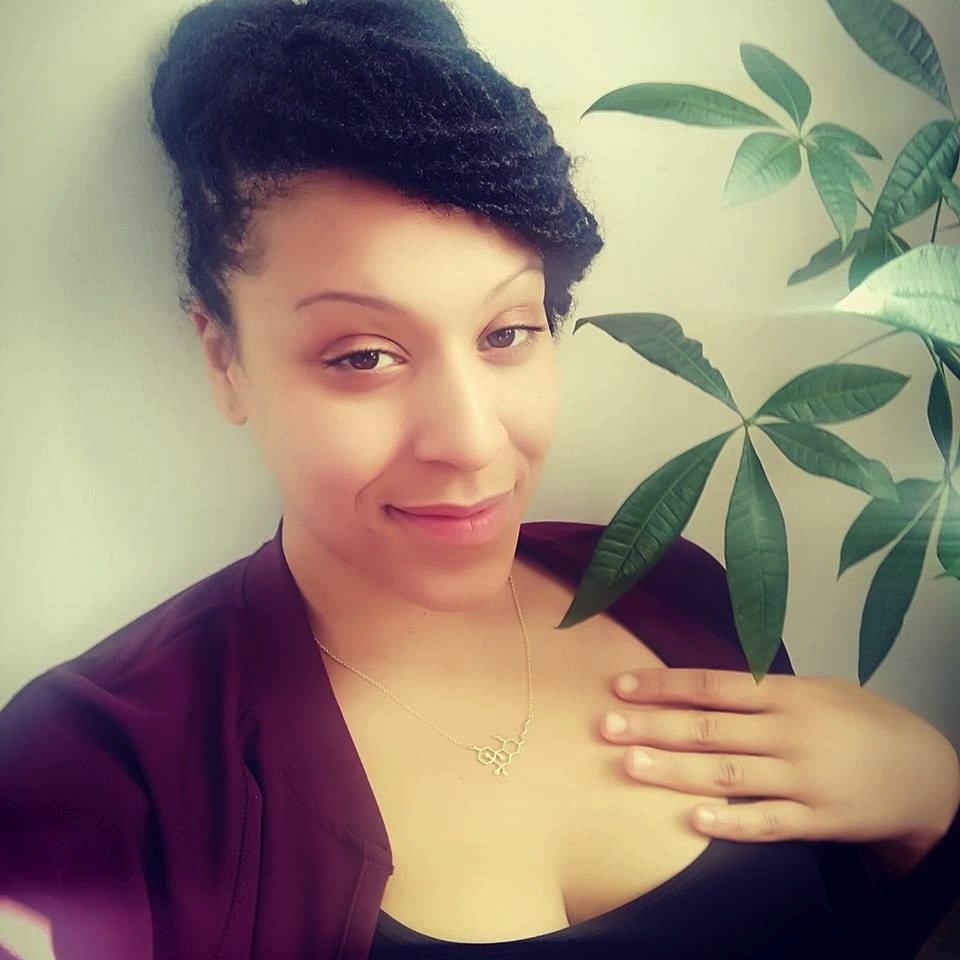 THE DOPE Grow guru. A graduate of Oakland-based Oaksterdam University, the world’s first college specializing in cannabis a background in agriculture and cultivation.

BUD BONA FIDES Currently offering classes on how to grow your own at Hotbox Cafe in Kensington Market every Tuesday – and helping to mentor fellow growers to achieve trees in 2018 now that the feds will allow every Canadian household up to four plants (more if you have a medical licence) and have removed the height limit.

WORD UP “The origins of this industry are slowly being reflected in its growing legitimacy.” 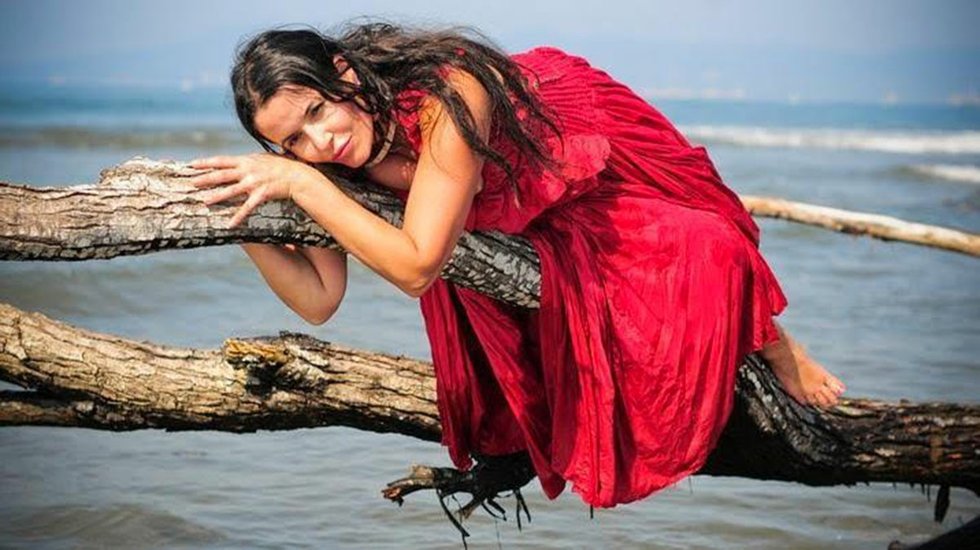 THE DOPE Long-time cannabis activist whose company sells cannabis-infused teas and drinks. She discovered cannabis as an alternative to pharmaceuticals while pregnant with her triplets.

BUD BONA FIDES While edibles remain illegal, Mary’s Wellness has bravely been providing access in lieu of regulation to medical cannabis patients who need it the most.

WORD UP “2018 offers a once-in-a-lifetime opportunity to build an industry that focuses on equality and accessibility.” 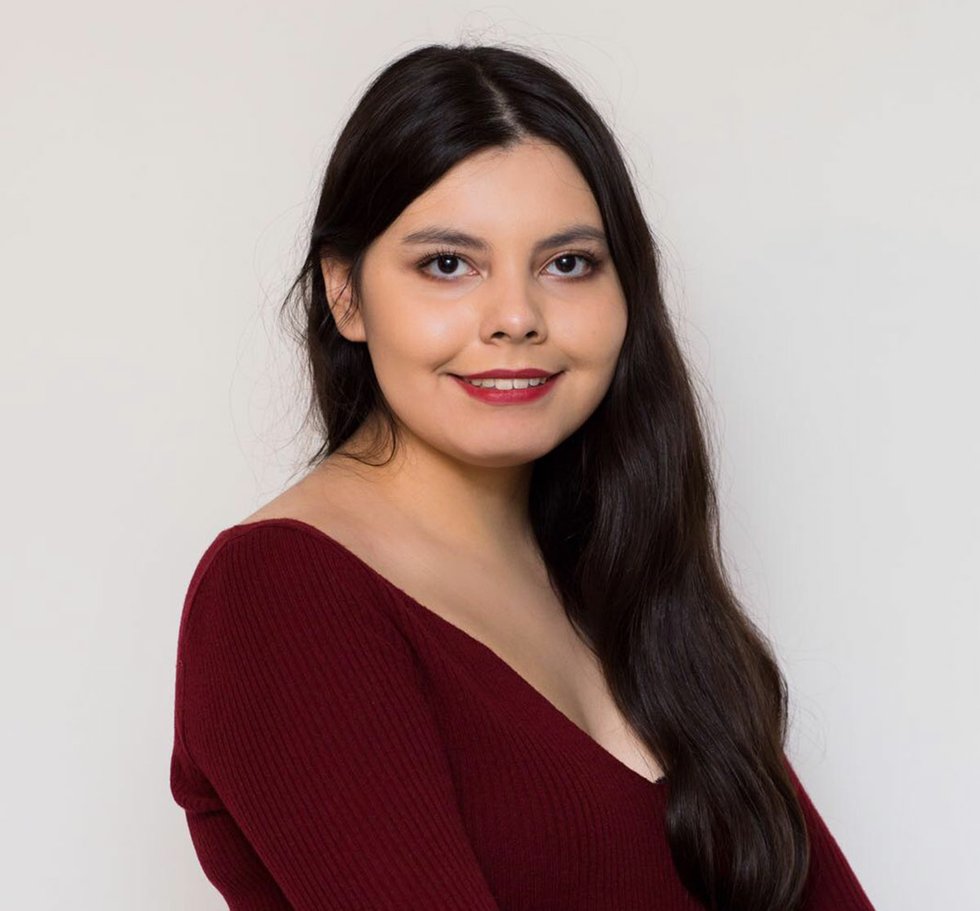 THE DOPE She’s currently collaborating with companies in Canada, Colombia, the Middle East and the U.S. (despite being too young to drink there) on the development of cannabinoid technologies.

WORD UP “Diversity is disrupting the cannabis industry by creating an environment where women and people of colour can make intellectual contributions.”

THE DOPE One of the original Queens of Cannabis, Cyalume juggles a booming vegan and gluten-free edibles business.

WORD UP “Although we can’t always tell if our fight is working, there have been big changes this year that indicate it is.” 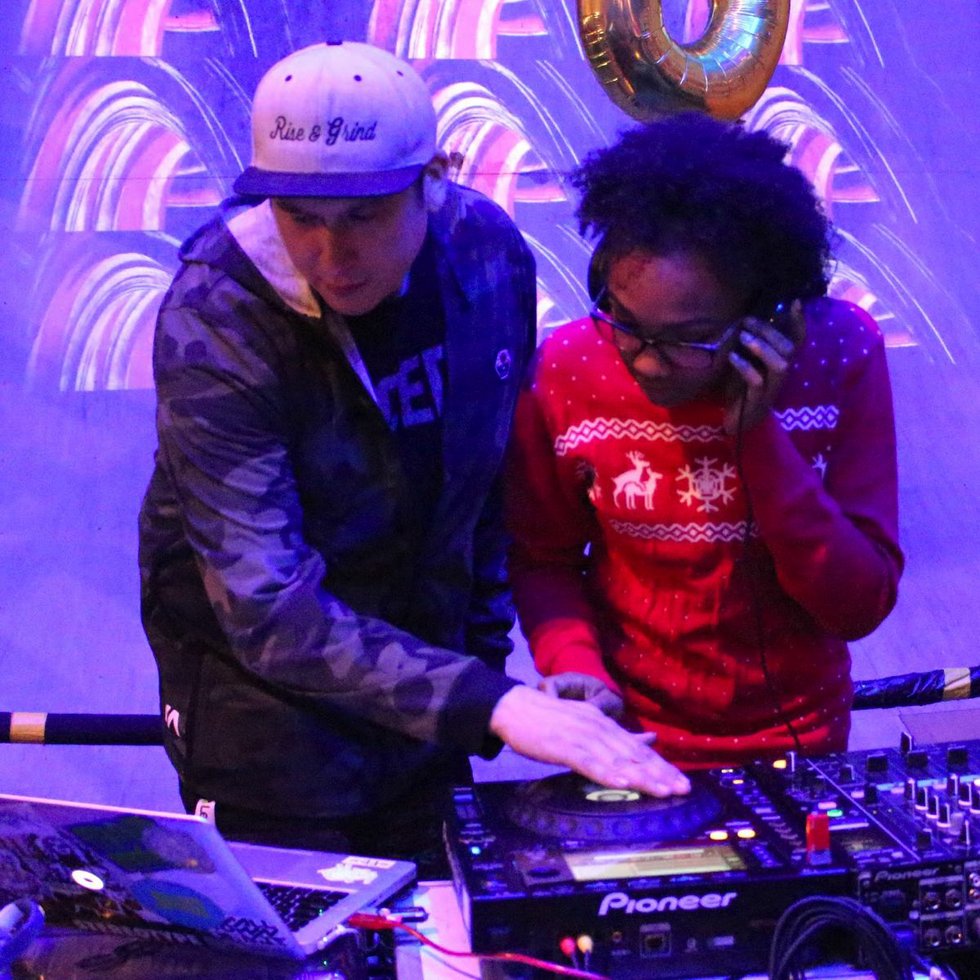 THE DOPE Campeau continues to push the boundaries of cannabis culture by hosting charity events and advocating for medical cannabis users such as his wife, Justine, who is a breast cancer survivor.

WORD UP “Whether it be for Indigenous communities to gain self-sufficiency or by the creation of womxn-specific products, different cultures that hold different values can benefit from the cannabis industry in an equally diverse way.” 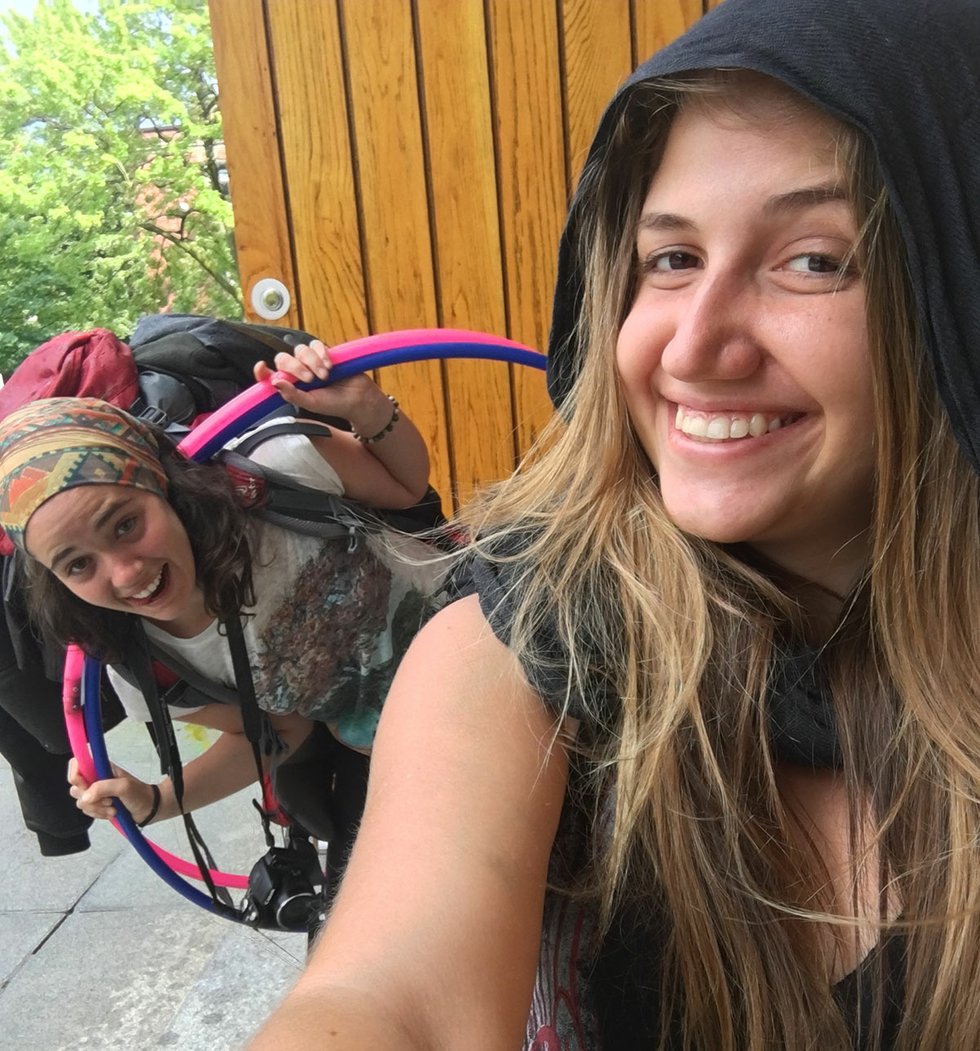 WHO Aninha Cavalcanti (left) and Lorraina Lourenço of Mulheres Cannábicas

THE DOPE Challenging prohibition and inspiring a cultural revolution across the Americas working alongside local pop-ups to trade cultural knowledge of Indigenous plant medicines, from cannabis to coca leaves.

WORD UP “The founders of cannabis culture who fought for its legalization are empowering themselves and creating spaces in the industry.” Aninha Cavalcanti

“Support and perspective are two things that diversity always bring to us.” Lorraina Lourenço 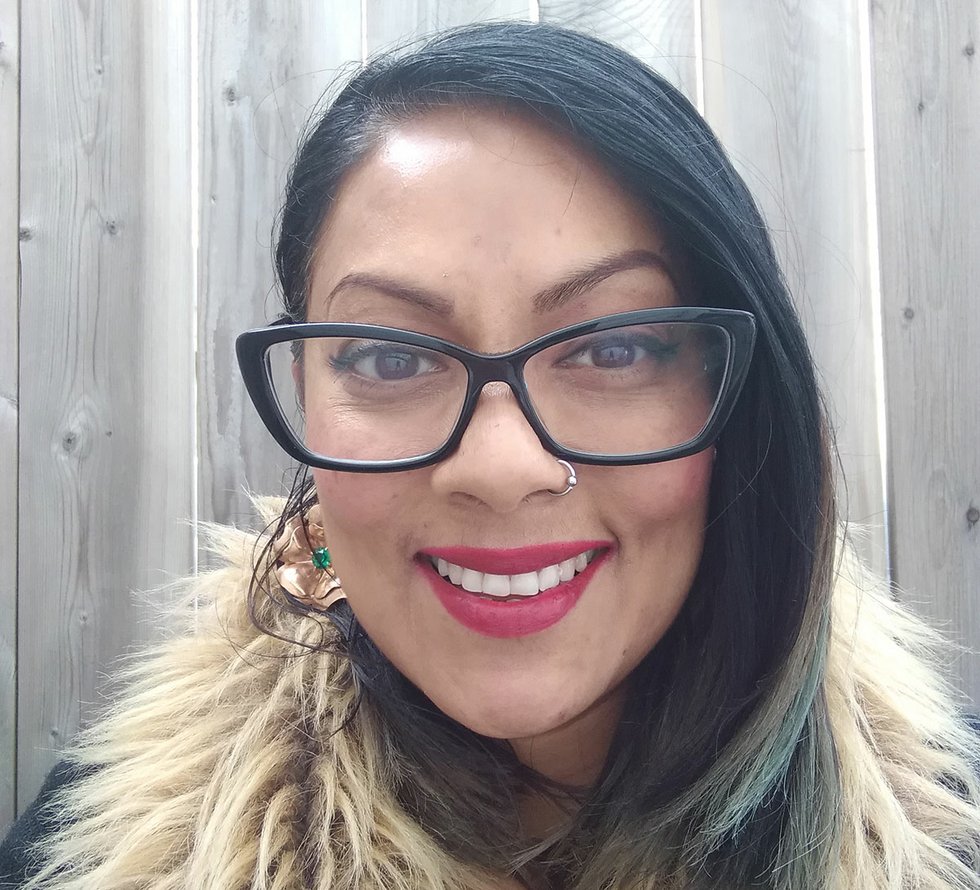 THE DOPE As a young girl of Trinidadian descent, Rampersad saw her grandmother using cannabis in the making of various salves and remedies. Eventually, Rampersad began to cultivate her own marijuana as her passion and knowledge of the plant continued to grow.

BUD BONA FIDES Her participation in the industry is personal as well as political. Many of her family members were victims to the war on drugs and she spent her 20s earning a living as a social worker in Detroit. But her interest in diverse food cultures would eventually steer her into a career in marijuana edibles.

WORD UP “People who don’t smoke – as in pretty much everyone in charge of legislating the governance of cannabis legalization – don’t recognize how ingrained cannabis already is in our society nor how vast and sophisticated the cannabis community actually is.” 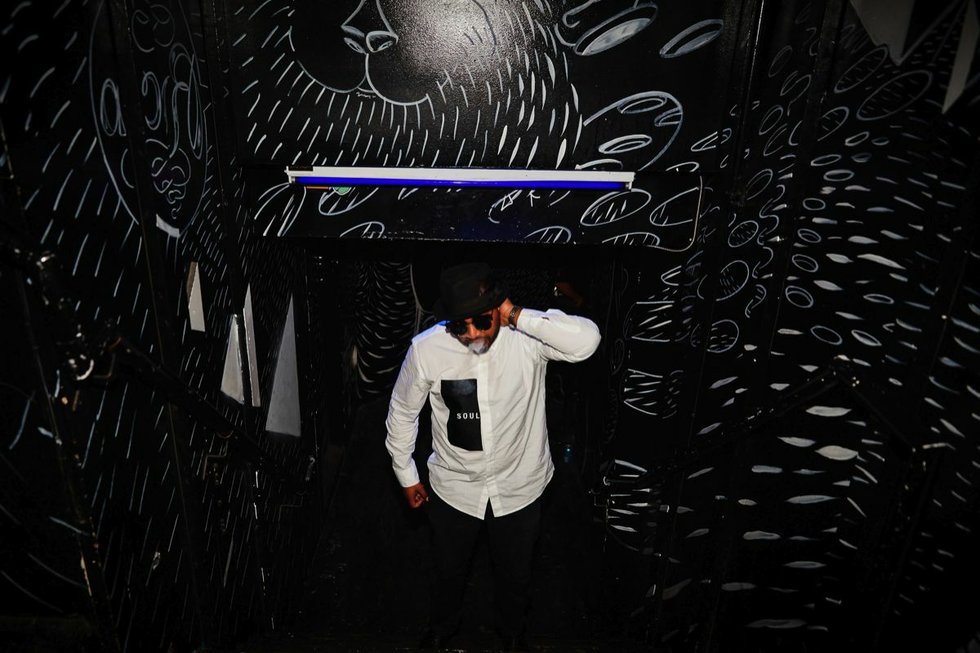 THE DOPE He’s bringing the innovation of the BC cannabis industry across Canada, including Alair Vaporizers, a Toronto favourite.

BUD BONA FIDES Founding member of the Cannabis Trade Alliance of Canada (which is a part of the Ontario Cannabis Consumer & Retail Alliance), which is off to a successful start as the Ontario government considers regulating lounges.

WORD UP “Only when our industry reflects the diversity of our country will we achieve true innovation.”

Lisa Campbell is co-founder of Elle Collective, a business incubator for women in the marijuana industry.