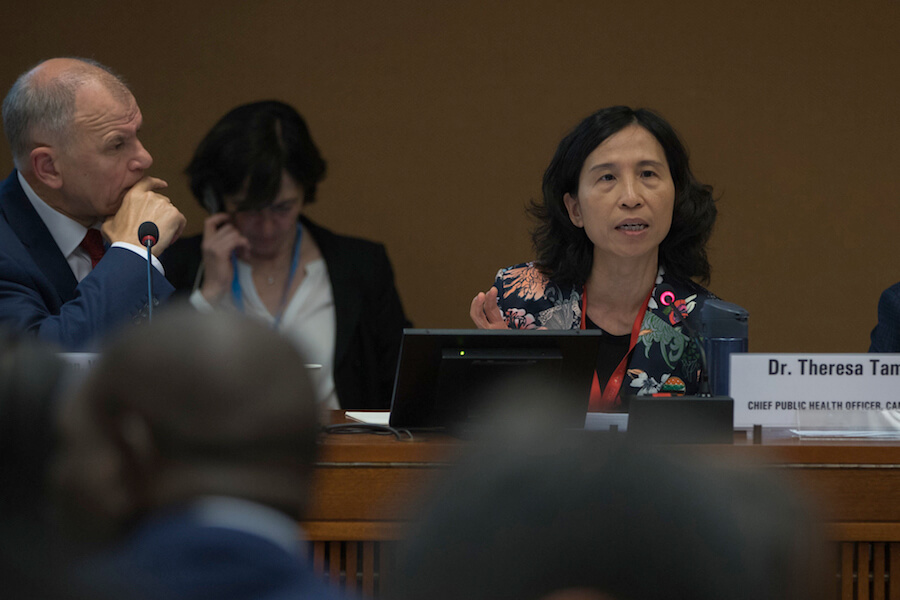 There has been an almost 13 per cent increase in the average number of daily cases of COVID-19 over the past week in Canada. An average of more than 425 cases has been reported daily over that time.

While the government is monitoring overall numbers, it’s also concerned about the number of hospitalizations, critical care admissions and deaths.

Those have remained stable.

But Canada’s Chief Public Health Officer Theresa Tam says that those numbers have been known to be “late indicators” of COVID, lagging weeks behind overall realtime case counts.

In a statement released on Sunday, Tam notes that almost 50 per cent of new cases among young adults between 20 and 39 years of age have occurred in recent weeks.

“Considering the many weeks of increased disease activity in younger individuals, there is a very real possibility of the virus reaching higher-risk populations,” Tam says.

The province is tightening restrictions on bars, restaurants and strip clubs as new infections continue to surge