The Lower Kootenay Band made the discovery using ground-penetrating radar 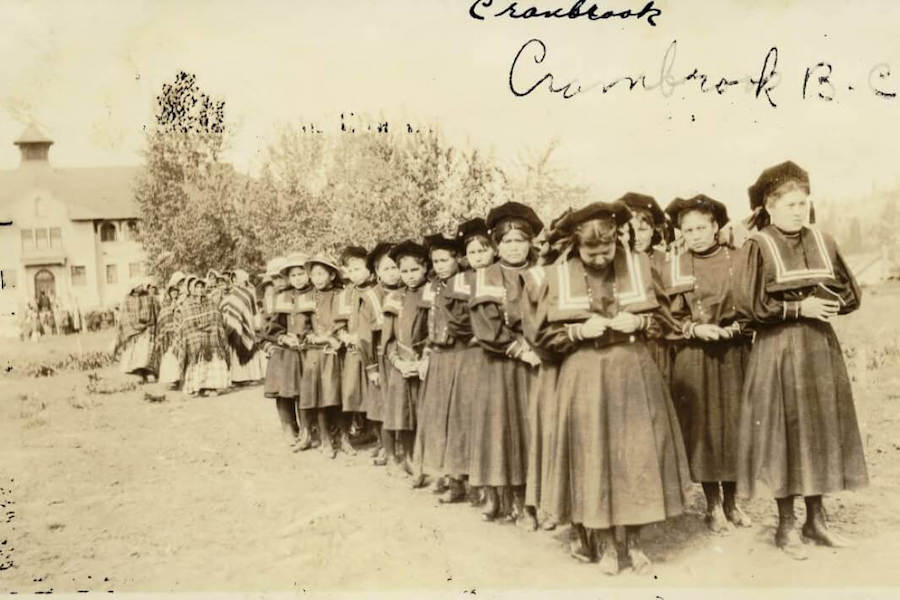 An archival photo of the Kootenay Indian Residential School.

A third large gravesite has been found near a residential school in Canada.

The Lower Kootenay Band says that a search using ground-penetrating radar has located the remains of 182 people.

They were in unmarked graves south of the former St. Eugene’s Mission Residential School near Cranbrook.

Some of the graves were as shallow as three to four feet.

“It is believed that the remains of these 182 souls are from the member Bands of the ktunaza nation, neighbouring First Nations communities, & the community of aqam,” the band said in a statement.

According to the Indian Residential School History and Dialogue Centre at the University of British Columbia, the first Kootenay or St. Eugene’s residential school opened in 1890. It was replaced in 1912.

The school was operated through much of its history by the Missionary Oblates of Mary Immaculate. It is a missionary congregation of the Catholic Church founded in 1816 by a French priest, Saint Eugène de Mazenod.

“An Indian Agent reported in 1935 that, as a result of poor food, overwork and sickness, he had to force parents to send their children to the school,” the IRSHDC states on its website. “Despite a change in the principal, school attendance and runaways were ongoing problems. There were also recurring outbreaks of influenza, mumps, measles, chicken pox and tuberculosis.”

The federal government took over operations of the residence in 1969 before closing it the following year.

One of the former principals, Rev. G.P. Dunlop, left in 1958 to become the head of the Kamloops Indian Residential School, which was also run by the Missionary Oblates of Mary Immaculate.

On May 27, Kukpi7 (Chief) Rosanne Casimir of the Tk’emlúps te Secwépemc Nation disclosed that the remains of 215 Indigenous children had been found on the grounds of the former Kamloops school in unmarked graves.

Casimir said at the time that these deaths were “undocumented”. It’s not known when the bodies were buried.

That was followed by Cowessess First Nation Chief Cadmus Delorme’s revelation that 751 unmarked graves were found near the former Marieval Indian Residential School in Saskatchewan. It was also operated by the Catholic Church.

In the Cranbrook area, the local First Nation has converted the former residential school into the St. Eugene Golf Resort & Casino, which includes a 125-room hotel.

“The beautiful Spanish-colonial-styled Resort you see today was once the St. Eugene Mission, a residential school for First Nations youth,” the website states. “Today, we employ approximately 250 people and have become an entertainment destination for people across North America. The owners and associates at St. Eugene Golf Resort & Casino are proudly devoted to sharing our First Nations culture as well as the history of our magnificent Resort.”