"Stoner's Christmas" could end up being more like St. Patrick’s Day – a celebration of substance and consumption without being too commercialized 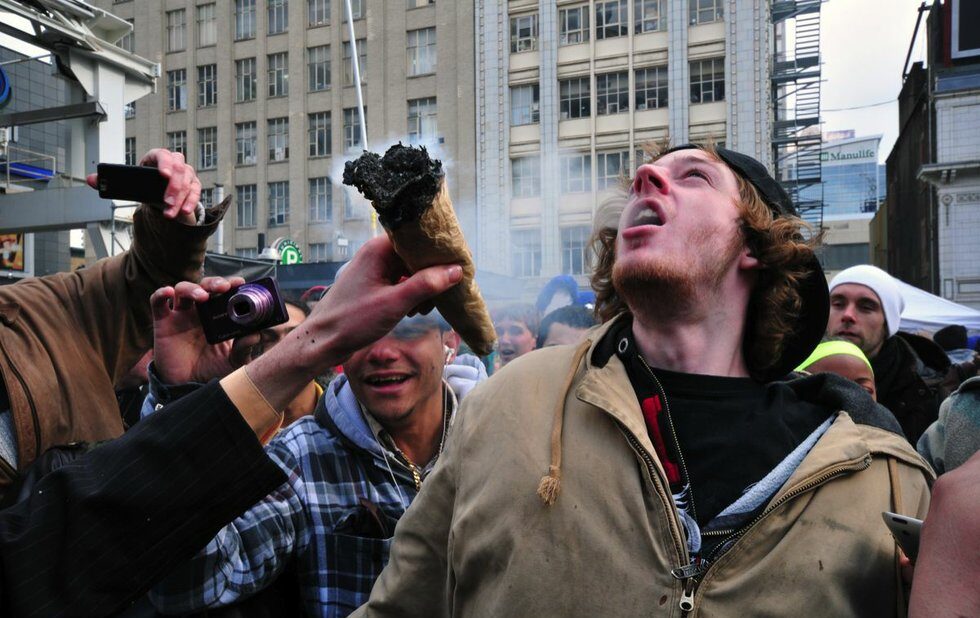 In 2019, when you can smoke weed out in the open, does the cannabis community still need 420? Or are the celebrations to mark the fight for legal weed now a relic of the prohibition era?

Not everybody’s so sure. It seems the fragile state of legalization in Canada in general and Ontario in particular won’t be killing 420 any time soon.

“420 means different things to different people,” says long-time activist Lisa Coulter. “For activists it will always be a protest, for the culture it’s a celebration and for the green rushers” – i.e., the folks cashing in on weed stocks – “it’s a marketing opportunity.”

No question, legalization will change what 420 looks and feels like. But for some, the protest continues.

“There’s still a lot of parts of the new laws that people are unhappy with,” says Jordan Brant, owner of Legacy 420 in Tyendinaga Mohawk territory. The day I spoke with him by phone, an Indigenous man had been sentenced to 10 months in jail in Winnipeg for having more than the 30 grams you’re allowed to possess under current laws. To Brant, it was a predictable outcome of legalization.

BuzzDankyear, a regular member of the amorphous world of Cannabis Twitter, agrees that 4/20 still has value as a place to voice displeasure over the way legalization has been handled. From the issues of pardons, to who gets into the legalized market and workplace restrictions on medical cannabis use, there are many reasons why activism is still important.

“There is important work to be done on a political level, and there are significant gains to be realized by demonstrating in public,” he says.

But for others, protest was never the only thing that 420 was about, and there’s little point in pretending it is.

As Coulter, who used to organize the annual 420 rally in Ottawa, put it, “90 per cent of people were not there to listen to people speak.”

It’s a day to smoke weed, simple as that. 420 has been called “the Stoner’s Christmas” but in many Canadian cities, it’s more like Easter – a re-emergence from winter and a re-embrace of sun-soaked days.

Could it end up being more like St. Patrick’s Day – a celebration of substance and consumption that has been successfully commercialized without killing off the original enthusiasm?

John Fowler, who used to organize 4/20 rallies with Coulter and is now the president of the Supreme Cannabis Company, reasons that, “This is the opportunity to move [420] to proper event spaces, and turn a protest into an event.”

Moreover, he says, it’s important to bring the cannabis community together at least once a year to take stock.

For many new retail dispensaries in Ontario, meanwhile, 420 is their hopeful grand opening date.

Robin Ellis, founder of long-time Queen West head shop the Friendly Stranger, says the company is set to unveil its new branding that day. He credits 420’s past for getting us to where we are now.

“It was definitely one of the things that led to legalization, getting these rallies together every year,” he says. “Now that legalization has happened, there are more people willing to admit they’re consumers.”

However, some like Brant warn against commercialization and 420 “becoming a big marketing tool” for companies and entrepreneurs.

Alison Gordon, CEO of 48North doesn’t see that happening – at least, not anytime soon. She says most in the industry have an appreciation “for what’s come before us. We wouldn’t really be here today without the people who pushed.”