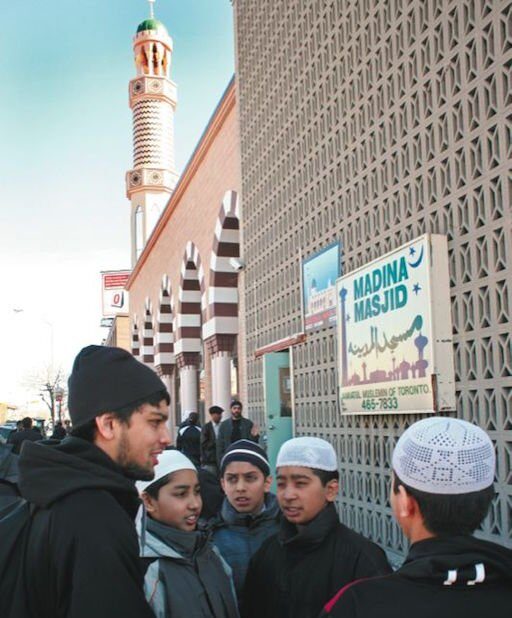 The Canadian Council of Muslim Women (CCMW), a prominent Canadian NGO that advocates for the rights and empowerment of Muslim women, has issued a call to Muslim men and youth to step up and take a lead in their community’s fight against domestic violence.

The “urgent appeal” open letter released last month is part of CCMW’s multi-year Engaging Men and Boys to End Violence in the Family campaign. It follows an earlier initiative involving countrywide workshops that aimed to raise awareness and find possible solutions to the challenge of violence against women.

A number of imams and other Muslim male leaders took part in workshops, but not enough men from within communities stepped up to participate, says Sahar Zaidi, projects coordinator for CCMW.

“The feedback we got from the women we worked with was generally positive,” says Zaidi. “But ultimately it just doesn’t help address a lot of the issues if we’re still dealing with only half the population.” Hence the call for more men and youth to get involved.

The current campaign includes a toolkit to address issues of domestic violence and training by CCMW representatives who travelled to cities across Canada.

As part of the toolkit, CCMW approached two Islamic scholars to write a research paper that reinforces the campaign’s objectives to fight domestic violence and promote gender equity from a Muslim perspective.

“It’s important that we situate this issue within a broader context whenever we talk about it,” says Ayesha Chaudhry, associate professor of Islamic studies and gender studies at UBC and co-author of the paper. “Domestic violence isn’t just a Muslim problem.”

Chaudhry says the dominant historical trend to interpret Muslim scripture from a male perspective needs to be challenged in order to bring out the more gender-egalitarian message she perceives as inherent in Islam.

Her co-author, Rumee Ahmed, associate professor of Islamic law at UBC, concurs with that approach.

“Our argument is that the Qu’ran and the Prophet were trying to give men and boys a new way to think about what it means to be a man.

“By addressing the call to men and boys, CCMW is saying that those with power and those who benefit from this system of gender inequality should be the first to challenge it and find a solution,” Ahmed says.

CCMW hopes its call will attract more male leaders in the Muslim community and encourage them to facilitate local workshops to involve young men.

“When you’re talking about gender roles and consent culture,” Zaidi says, “sometimes it’s much easier to talk to someone of your own gender than to have a woman standing there telling you about something.”

She hopes more male leaders will encourage young Muslim men to regard themselves as potential allies in the fight against domestic violence.

Islam Muslim community This week in NOW violence against women