NowMagazineNewsAffordable housing’s right next door (or down the hall)

Affordable housing’s right next door (or down the hall)

I live with three single mothers and their children. We share a red brick house on a tree-lined street a. 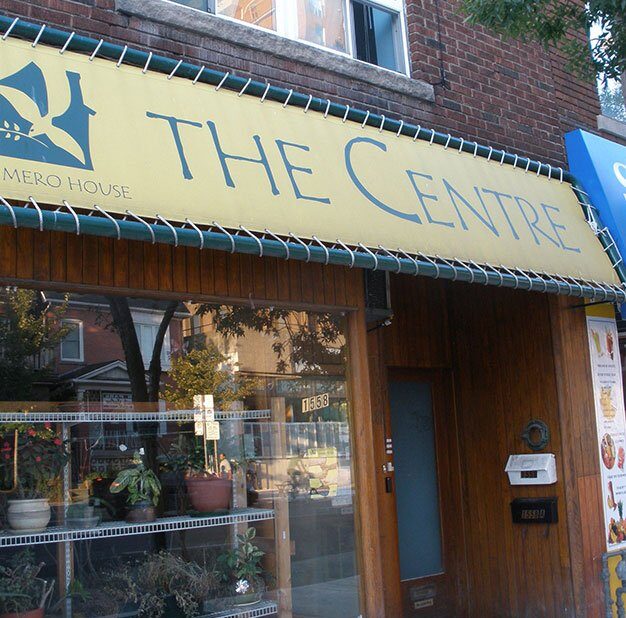 I live with three single mothers and their children. We share a red brick house on a tree-lined street a few minutes walk from the subway and High Park.

I live and work at Romero House, which is actually four houses that contain rental apartments offered to newly arrived refugees for 30 per cent of their monthly family income. The house is nestled in one of Torontos most family-friendly neighbourhoods.

A refugees first days in Canada are crucial, and having stable housing with access to some of Torontos best schools, services and transportation helps ensure they restart their lives and careers quickly.

But Romero House is much more than shelter: its a community. Many of our neighbours are volunteers and donors. Theyve enjoyed Congolese plantain, Tibetan dumplings and Canadian cheeseburgers grilled by Colombians to the sounds of salsa music at our frequent barbecues.

Unfortunately, when families move out of Romero House (theyre typically allowed to stay for a year), their rent in their new homes may triple. So rather than gaining stability, theyre usually only able to afford housing in communities that lack the safety, transit and educational and professional opportunities available near Romero House. In other words, theyre practically in the same boat as when they came over.

Its not just refugees who are struggling with housing. Nearly half of Toronto households spend more than the 30 per cent of their income on rent that is considered sustainable. But if youre among Torontos lowest-income residents, your chances of finding affordable housing are even slimmer.

The average bachelor unit costs $873 a month, and your welfare cheque only gives you $376. If you join the 169,776 people on the citys centralized waiting list for subsidized housing, itll be a decade before your name is called.

We need more places like Romero House, not just for refugees, but for students, seniors and young families. Although we need long-term investment and planning for a long-term solution, potential affordable housing is being built all around us every day.

Toronto has 60,000 condo units under construction and nearly 300,000 more in their planning stages. If a percentage of these were slated for rent-geared-to-income leasing, we would gain thousands of new affordable units.

But right now, new developments are pushing lower- and middle-income residents out of town, farther from jobs and schools and into crumbling, bed-bug-infested conditions.

When young professionals, new families and new Canadians can enjoy the same opportunities available in higher-income neighbourhoods, theyve got a better shot at staying on their feet, in school and out of crime. Higher-income neighbours stand to gain a lot, too: Ive seen my neighbours transformed through their relationships with Romero House residents.

Toronto has a policy for developments built on large sites, but most new buildings are exempt. Provincial laws state that the city cant require developers to provide affordable units we can only ask developers to participate voluntarily. As anyone who has searched for housing here knows, voluntary programs wont solve the crisis.

Mayor-elect John Torys platform included few details about what hed do to create affordable housing. But as a fiscal conservative, he should be a strong supporter of this type of affordable housing policy because Toronto would gain thousands of new affordable units without spending taxpayer dollars.

Tory campaigned on his ability to work with all levels of government. That means that he should be well placed to take the first step needed: to negotiate with Queens Park for laws that require mandatory inclusionary zoning to build affordable units.

Consider how it would improve the lives of all Torontonians. More affordable housing would take pressure off the rental market for everyone. We could also expect less of a burden on transit, since people would live closer to work, school and business. Wed all belong to healthier, happier communities.

If you dont believe it would work, come visit Romero House.

Salvator Cusimano is a settlement worker at Romero House.