NOW MagazineNewsThe planet is having a cow

The planet is having a cow 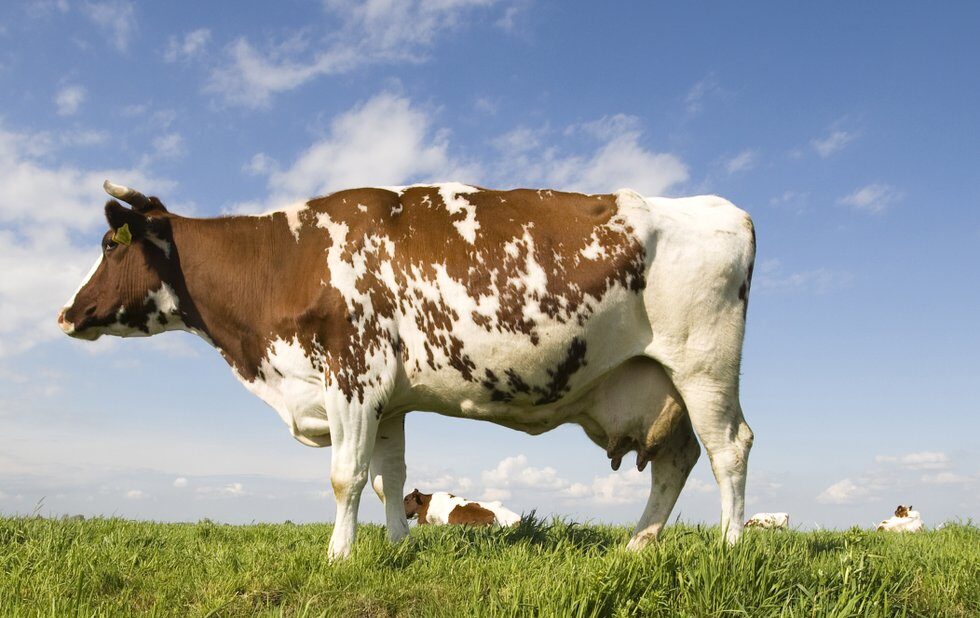 A wildly simple path to halting ecological collapse is right in front of our mouths.

But like the federal government’s view of pipeline expansion schemes as “a way to finance the future green economy,” its agriculture policy ignores “the advantage of cutting out meat,” says Caterina Lindman of the Citizens’ Climate Lobby.

Environment and Climate Change Minister Catherine McKenna says “Greenhouse gas emissions from the agriculture sector account for about 10 per cent of Canada’s emissions” and that “technological innovations, behavioural changes and sustainable land management practices could increase efficiency and reduce emissions from crop and livestock systems.”

But according to Anna Pippus, director of farmed animal advocacy at Animal Justice, “The only way to achieve our international climate change obligations is to farm, consume and export far fewer animals.

Seeing the forest for the trees

While reforestation is the only proven (and cost-effective) way to suck carbon out of the air, we continue to clear-cut to make space for animal agriculture, which hogs upwards of 45 per cent of land surface currently in use.

Climate scientists are now imagining what that would look like in reverse.

Oxford professor Joseph Poore, speaking to the Guardian UK on the release of a recent study in the journal Science, found that without animal agriculture, global farmland could be reduced by more than 75 per cent.

The analysis shows that meat and dairy provide just 18 per cent of global caloric intake but occupy 83 per cent of farmland. That’s because instead of feeding plants to people, people feed plants to animals and those animals are then killed to feed people.

According to the study, the environmental impacts of even the “lowest-impact animal products typically exceed those of vegetable substitutes, providing new evidence for the importance of dietary change.”

University of Illinois professor of Atmospheric Sciences Atul Jain, a contributor to the UN Intergovernmental Panel on Climate Change, says that reforesting about half the planet’s grasslands and pasture lands has the potential to reduce carbon in our atmosphere to pre-industrial levels.

“There are huge challenges to putting precise numbers to the carbon sequestration potential of lands devoted to animal agriculture,” says Tony Weis, author of The Ecological Hoofprint: The Global Burden Of Industrial Livestock.

But “Stressing the magnitude of livestock’s command of land globally, and the fact that these are sites of both GHG emissions and potentially increased sequestration, can make the case compelling enough.”

The journal Nature warns that if global dietary trends go unchecked there will be an estimated 80 per cent increase in emissions from the agriculture sector by 2050. In 2006 the UN Food and Agriculture organization’s report, Livestock’s Long Shadow, estimated that animal agriculture contributes 18 per cent of global greenhouse gas emissions, which is already greater than all forms of transportation combined.

In 2009 two World Bank environmental advisors wrote an analysis for Worldwatch Institute taking issue with the UN study. Their report estimated that animal agriculture accounted for some 51 per cent of global greenhouse gas emissions.

Writing in the New York Times, Robert Goodland, co-author of the Worldwatch analysis, attributed the increase to “growth in livestock production (now more than 60 billion land animals per year), accompanied by large-scale deforestation and forest burning, [which] have caused a dramatic decline in the earth’s photosynthetic capacity.”

The animal agriculture industry itself is under threat from the effects of climate change.

In the aftermath of Hurricane Florence in September, 3.4 million chickens and 5,500 pigs were confirmed killed by flooding in North Carolina and many of the state’s 4,000 animal excrement lagoons discharged a toxic fecal soup into the environment.

Meanwhile, widespread droughts due to a warming Earth decimated crops across Europe this past summer and forced many farmers to cull their herds so remaining animals wouldn’t starve.

Canadian farmers know the feeling. In August, the Globe and Mail reported that drought conditions in Western Canada are “becoming an agricultural nightmare for farmers.”

“The right word is ‘pathetic,’” Tom Teichroeb, president of the Manitoba Beef Producers, told the Globe. “There are folks up there who are talking about liquidating, simply because there is no feed available to them.”

Where to go from here?

Vegetarians and vegans now make up almost 10 per cent of the Canadian population, according to a study by Dalhousie University.

Sylvain Charlebois, a professor of food distribution and policy at Dalhousie, told CTV News recently that the most “disturbing fact” for meat producers is that the majority of Canadian vegetarians and vegans are under the age of 35.

According to Lindman, “Citizens’ Climate Lobby doesn’t lobby for vegan diets but a lot of us are vegans because we are climate activists and this is something we need to do.”

Is it a coincidence that the most toxic industry on earth – one that inflicts violence and suffering on animals – is threatening to kill us all?

Even though the numbers differ on exactly how much animal agriculture is to blame for global greenhouse gasses, there is little doubt the industry itself is under threat – the feds have announced a $3 billion Canadian Agricultural Partnership that, according to McKenna, “will help mitigate agricultural greenhouse gas emissions, protect the environment and adapt to climate change by enhancing sustainable growth, while increasing production.” 3