By apologizing to Lindsay Shepherd over the latest Jordan Peterson-inspired free speech dust-up on a Canadian campus, Wilfrid Laurier University allowed itself to be intimidated 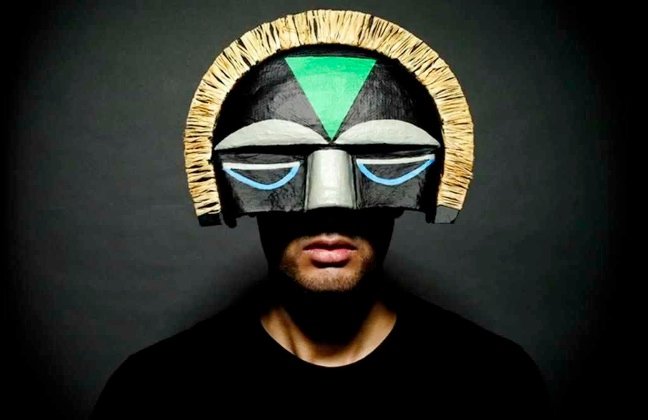 It’s a sad day when the president and a professor of a university are forced to throw themselves at the feet of those who have made other students feel unsafe in a classroom.

But that’s what’s happened at Wilfrid Laurier University, where president and vice-chancellor Deborah MacLatchy and professor Nathan Rambukkana have apologized to teaching assistant Lindsay Shepherd over the latest “free speech” controversy to erupt on a Canadian university campus.

Laurier, which prides itself on the “student experience,” one of the best I have personally seen at a post-secondary institution, just allowed itself to be intimidated by a teaching assistant who now has a legion of petty, self-entitled bullies with which to harass and intimidate her opponents.

Shepherd went public recently with an audio recording she made surreptitiously of a meeting she had with Rambukkana, another professor and a staff member. Shepherd was called to the meeting after students in the TA’s grammar and communications class complained to Rambukkana about her decision to use a TVO interview of Jordan Peterson in a recent lesson. Peterson is the U of T psychology professor whose refusal to use gender-neutral pronouns has made him a celebrity in so-called alt-right circles. 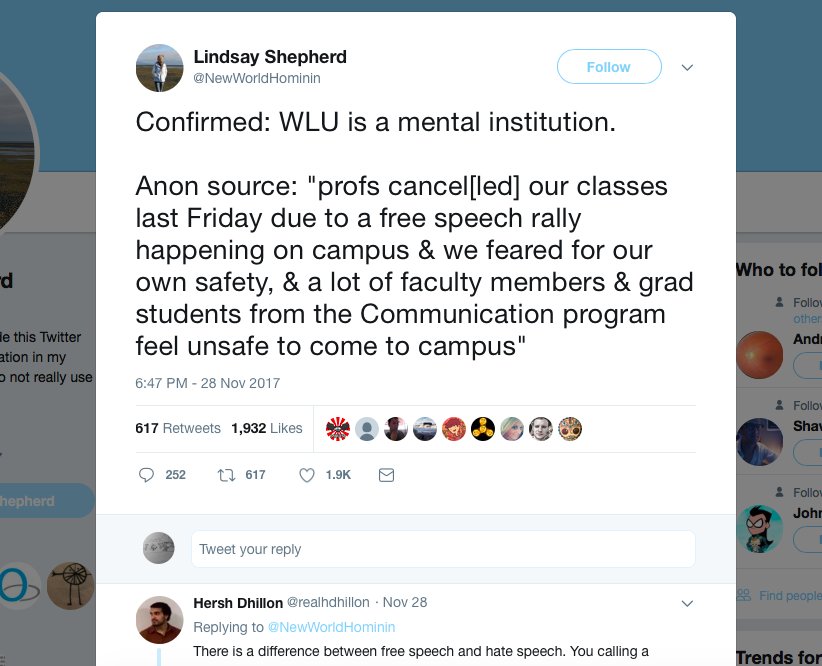 I have reviewed the full recording of this meeting five times. To suggest Shepherd was being attacked, as some have, is an astounding leap. At no point do the three individuals who have a conversation with Shepherd admonish or berate her. If this is what passes for an unacceptable response to a student complaint, then it is clear institutions can do very little for the marginalized among them.

Most articles written in the wake of the fallout ignore the actual issue: that trans students on campuses across the country are being attacked and intimidated by free speech abusers whose self-victimization complexes (and desperate craving for attention) result in countless needless “think-pieces” that only serve to promote these individuals.

Shepherd has recently created a Twitter account to describe “the Laurier situation in [her] own words.” Despite the fact she says she doesn’t use social media, she has found time to target individuals on dozens of occasions who were in disagreement with her, using her recently acquired fan base of 18,000-plus followers to drive hateful comments at her detractors (just as pro-Peterson types like to do).

When we talk about what an institution’s duties are to its students, there are many. The argument that Laurier’s accommodation for students who complained was tantamount to censorship in Shepherd’s case, is ridiculous.

For too long, folks have marginalized and harmed trans students in the name of free speech and debate. Shepherd’s actions continue this trend.

The Peterson debate she introduced in class is, at best, only tangentially related to the context of her course. There are far more effective ways to communicate the lesson she was trying to teach.

In this case, we’re talking about transphobia. You cannot learn if you are being placed in a position that harms you. That is an objective truth. Another objective truth is that it is completely reasonable for a professor to review a teaching assistant’s lesson plans, as her immediate supervisor Rambukkana did.

Shepherd rejects that she engaged in any transphobic behaviour, yet continues to demean these students and some of their spaces on campus, such as Laurier’s Rainbow Centre.

Shepherd could have taken steps to work through the harm she caused but assumed she was being attacked and chose to secretly record her meeting with higher-ups instead.  She is now on the stump, campaigning to fight against alleged group-think and censorship – even though she has literally had her voice amplified thousands of times over. What’s next – a crowd-funding campaign for the cause, like Peterson, who has parlayed his fame into a massive money-making venture online?

A large group of self-described free speech advocates are zeroing in on Laurier now that the university has shown they are prepared to bend over backwards. The university has announced it will be setting up a task force to bring forward a set of principles, presumably designed to avoid future conflicts.

Marginalized students, meanwhile, have been left with the perception that Laurier will not support them – or their professors and staff – in their struggles against oppression. Laurier needs to fight that perception.

“Let me be clear by stating that Laurier is committed to the abiding principles of freedom of speech and freedom of expression. Giving life to these principles while respecting fundamentally important human rights and our institutional values of diversity and inclusion is not a simple matter. The intense media interest points to a highly polarizing and very complicated set of issues that is affecting universities across the democratic world. The polarizing nature of the current debate does not do justice to the complexity of issues.”

“There is the question of teaching from a social justice perspective, which my course does attempt to do. But… looking at the polarized response I am beginning to rethink so limited an approach…. Maybe I have to get out of an ‘us versus them’ habit of thought to do this myself, and to think of the goal as more than simply advancing social justice, but social betterment and progress as a whole. While I think that such a pedagogical approach must still work not to marginalize some students, I think the issues are too complex to leave as a binary with protection of students on one side and protection of speech on the other.”