Annual Write for Rights event spotlights the efforts of women under attack for their human rights work in South America, the Middle East, Asia and Africa 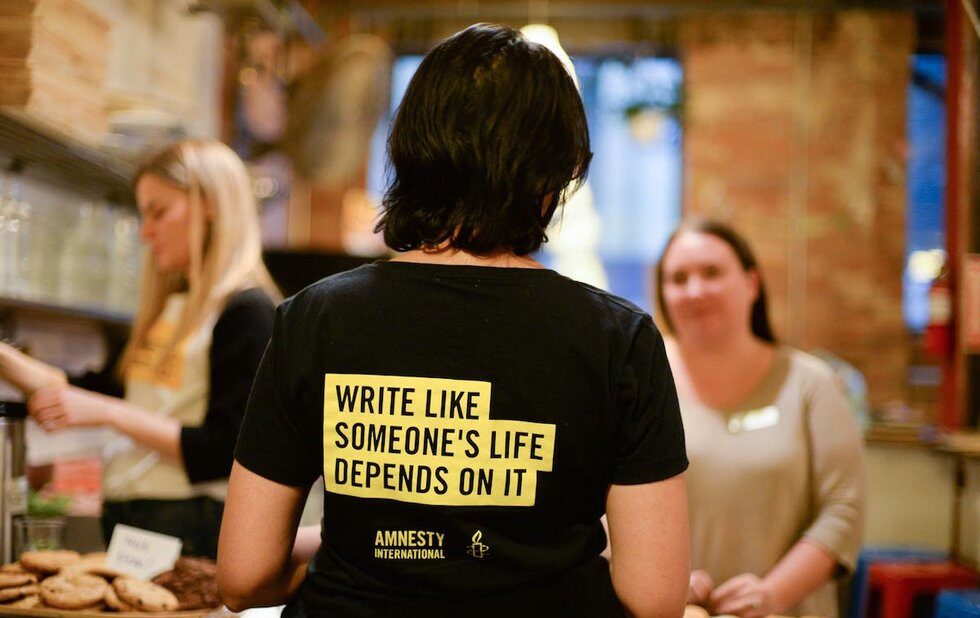 On a cool, grey December afternoon, the ground floor of the Centre for Social Innovation’s (CSI) Bathurst location takes on a glow of its own from the trademark yellow Amnesty International signs lining the walls.

Every year around International Human Rights Day, Amnesty Toronto takes over CSI for its Write for Rights event, where people come together to write letters on behalf of the courageous human rights defenders under attack by governments across the globe. With more than 80 countries participating, it’s easily Amnesty’s largest annual event.

This year for the first time, the 10 human rights defenders chosen for the campaign are all women, reflecting the growing global focus on women’s rights spurred on by movements like #MeToo. Banners with life-size photos of their faces hang from the ceiling. They are Geraldine Chacon from Venezuela, Marielle Franco from Brazil, Amal Fathy from Egypt, Atena Daemi from Iran, Vitalina Koval from Ukraine, Pavitri Manjhi from India, Nonhle Mbuthuma from South Africa, Nawal Benaissa from Morocco, the Sengwer people from Kenya, and Gulzar Duishenova from Kyrgyzstan.

Participants are hunkered down at writing tables, pens in hand. A feeling of optimism abounds.

“Letter-writing is a huge tool. It’s not merely the pressure that we put on governments, it’s how Amnesty began,” Aubrey Harris, Amnesty’s Coordinator for their Campaign to Abolish the Death Penalty, tells the gathering.

In 1961, after learning that two Portuguese students had been sentenced to seven years in prison for raising a toast to freedom, Peter Benenson, a British lawyer, penned a letter to The Observer. Benenson called for a year-long campaign, an “appeal for amnesty,” in which he encouraged people to write letters of support to the students-turned-prisoners of conscience. Write for Rights is an extension and celebration of Benenson’s legacy.

“We always began as groups scattered around the world writing letters on behalf of prisoners of conscience, political prisoners, and for other causes as well,” Aubrey says. “This is what we’re known for.”

Last year, more than five million letters were written to kings, presidents, prime ministers, and most importantly, to the prisoners themselves. This year, Amnesty is hoping to beat its record. And while letter-writing may seem like an odd form of activism given the proliferation of social media, the results have consistently proven to be effective.

“It makes a huge difference,” says Roxana Olaru, Amnesty’s former Toronto activism assistant. “When we’re writing and sending hundreds or thousands of letters to somebody’s office… they physically see that people care, that people took the time. It creates intense pressure on the government to actually do something.”

Several human rights defenders selected by Amnesty’s Write for Rights campaign have been freed. Among them is Mother Mushroom a dissident blogger from Vietnam who was imprisoned for publishing posts condemning the Vietnamese government.

Alongside pressuring governments to respect and uphold the values enshrined in the United Nations Declaration of Human Rights, Write for Rights provides activists with a sense of community and belonging.

“It’s really uplifting,” says Mahshid Fathi, a Write for Rights first-timer. “We all care about other human beings all over the world and want to support them.”

While people are busily writing, an Amnesty volunteer gets up on stage to announce the total amount of letters written. By 5 pm, almost 700 letters have been written. The crowd erupts in cheers and high fives. 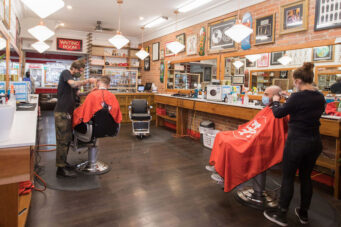 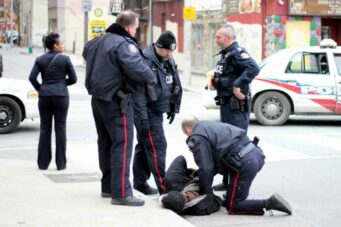