The trouble with Andrew Scheer

Stephen Harper 2.0? The Conservative Party of Canada's new leader is far more theologically driven than his predecessor – not to mention, now heavily indebted to the party's growing social conservative base 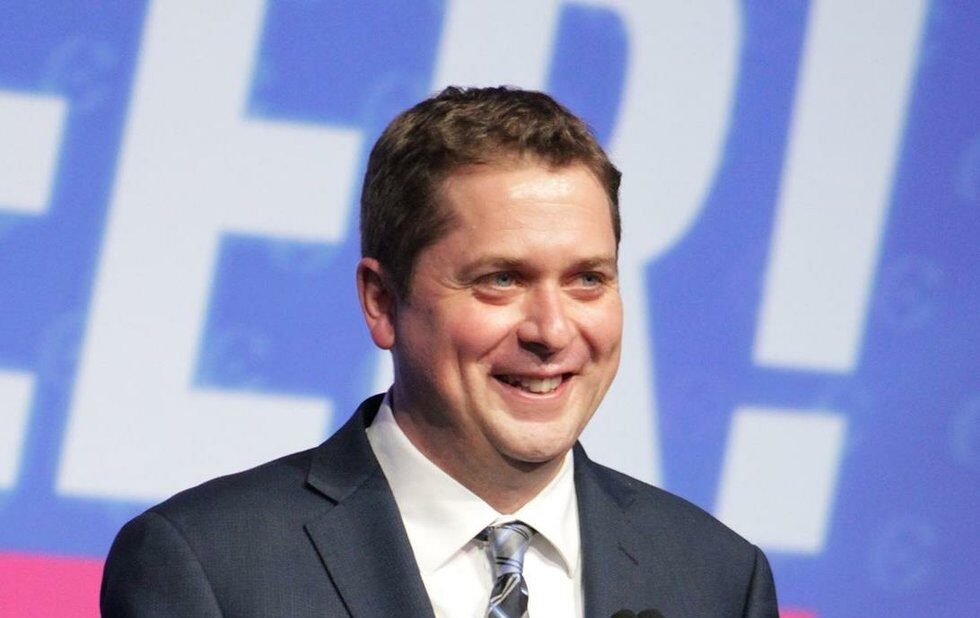 “Harper lite” or “Harper with a Smile”?

Countless columns have described newly minted Conservative Party of Canada leader Andrew Scheer as a kinder, gentler Stephen Harper, a “safe” choice for a party and conservative movement in Canada being pushed further to policy extremes by a growing social conservative base.

Yet, to a large extent the views of the 38-year-old MP for Regina-Qu’Appelle in Saskatchewan are more conservative than Harper’s. Scheer has signaled he plans to move the CPC from the relatively moderate positions it often adopted under interim leader Rona Ambrose, who recently announced she is leaving politics.

Harper may have been a committed conservative but he was also a pragmatist Scheer is far more theologically driven and is now heavily in electoral debt to social conservatives.

While raised in Ottawa, Scheer’s politics have been shaped politically in western Canada and, in particular, by the pro-privatization and populist views of Brad Wall, the province’s premier.

Scheer’s religious faith is especially significant. He is a traditional Roman Catholic, the son of a deacon. He is an opponent of abortion, equal marriage, trans rights and euthanasia. He voted against Bill C-16, which adds “gender expression or identity” as a protected ground to the Canadian Human Rights Act.

While Scheer has insisted that he will not open up most of these issues for debate, he has also talked on the campaign trail about a “friendlier more welcoming Parliament for individual members to introduce legislation protecting pre-born human rights.” His orthodox interpretation of his faith doesn’t provide very much wiggle room. It’s considered a profound sin, for example, for a Catholic in public life to do nothing when confronted with abortion.

A policy Scheer did mention explicitly in his acceptance speech Saturday night, May 27, his intention to remove public funding from universities that fail “to defend freedom of speech.” This is shorthand for universities where radical anti-abortion groups and opponents of the trans community feel under siege.

He’s especially committed to home-schooling and independent schools, both very much part of the conservative Christian community. He has proposed a $1000 tax credit for home-schooled children and to make up to $4000 of independent school tuition tax deductible. That may put Scheer in a similar position as John Tory when the latter was leader of the Ontario Progressive Conservative party and proposed funding for religious schools, a policy that made him very popular with the religious right but cost him the election.

While the Christian right has far more influence within the CPC than the country as a whole, the support of pro-lifers Brad Trost and Pierre Lemieux was vital to Scheer’s win. Social conservatives were jubilant after Scheer was elected.

The influential anti-abortion and anti-euthanasia group Right Now wrote on its Facebook page on Sunday: “Still celebrating the victory of Andrew Scheer becoming the new leader of the Conservative Party of Canada! Thank-you to all our volunteers who worked tirelessly selling memberships and getting out to vote! You made the difference!”

Rest assured that Christian conservatives will remind Scheer and his people – many of them right-wing Christians themselves – how much they “made the difference” at every opportunity.

One of Scheer’s central supporters, campaign manager Hamish Marshall, a long-time conservative organizer and former Harper aide, is also a director of The Rebel News Network, the website run by Ezra Levant and that Maclean’s recently described as one of the “world’s top purveyors of conspiracy and far-right bombast.” Marshall appeared as an analyst on the Rebel’s election night coverage in 2015, the website’s first foray into live broadcast.

Marshall’s ties to Levant go further back. His agency, Torch Inc., in its previous incarnation as Go Nuclear Productions, has done work for EthicalOil.org., the pro-oil sands website founded by another Harper aide, Alykhan Velshi, and inspired by Levant’s book, Ethical Oil: The Case for Canada’s Oil Sands, published in 2011. (Marshall’s wife also worked for a time as spokesperson for the Ethical Oil Institute). Scheer is also fiercely opposed to carbon pricing, has shown little interest in climate change, and is no fan of the public sector.

How much influence the Rebel gang will have with the new Conservative leader remains to be seen.

Beyond satisfying his supporters, Scheer toes the hard line himself. During Britain’s Brexit campaign, he wrote an ill-informed and rather callow column for the National Post supporting Britain’s withdrawal from the European Union.

Aside from the intrusion of a Canadian MP (Scheer is also a former Speaker of the House) taking a side in a foreign nation’s vital referendum, he effectively allied himself with the right of Britain’s Conservative Party and with United Kingdom Independence Party on the issue, which has more than its share of racists and fanatics.

This is all pretty harsh stuff, to the right of Harper and arguably even Preston Manning and Stockwell Day. Manning and Day also operated in a different era, before social media had empowered the very groups Scheer has courted. A similar juggling act is proving difficult for Ontario PC leader Patrick Brown, another Harper disciple dealing with social conservatives in his ranks. Only time will tell if Scheer stays with them. Then again, he may have no choice.

Andrew Scheer Conservative Party of Canada This week in NOW